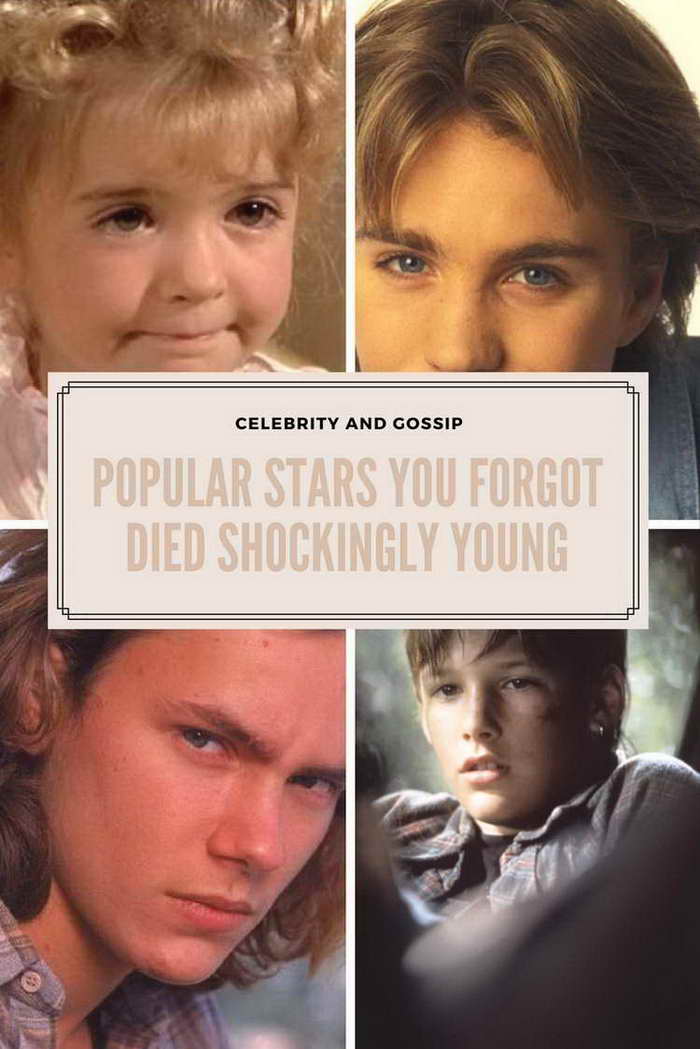 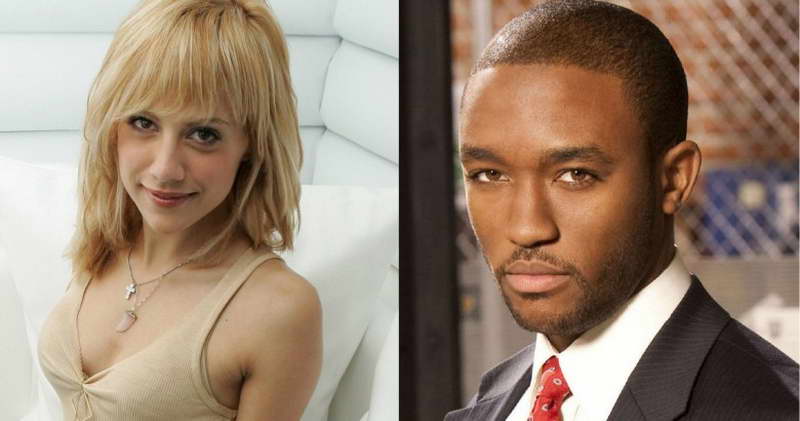 Being a Hollywood star is one of the luckiest fortunes anyone could have in their life. But think if you become a well-known star in very young age itself. What will be your position when you get old? But what if you are at a great height and die at very young age? That will be sad indeed. Here are some stars who died shockingly in young age. 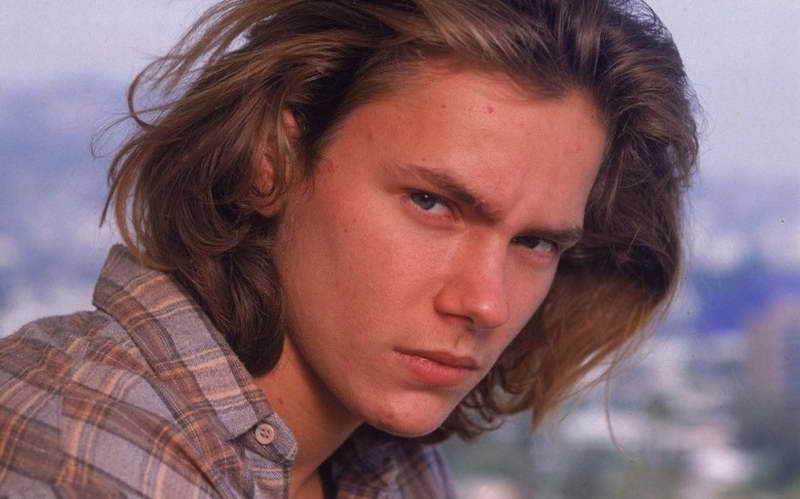 On 31 October 1993, 23-year-old River Phoenix, child-star of movies such as Explorers and Stand by Me passed away. It occurred outside the Viper Room Music venue in Los Angeles, a club that was currently owned by Johnny Depp. Phoenix drank a speedball mixture of cocaine and heroin, leading to an overdose. The young star had a history of drug abuse, which was a great concern for his health by his family and friends. He had a bright future ahead of him, he was nominated for an Oscar for his role in the 1989 movie Running on Empty, sadly all that talent was tragically lost when he died. 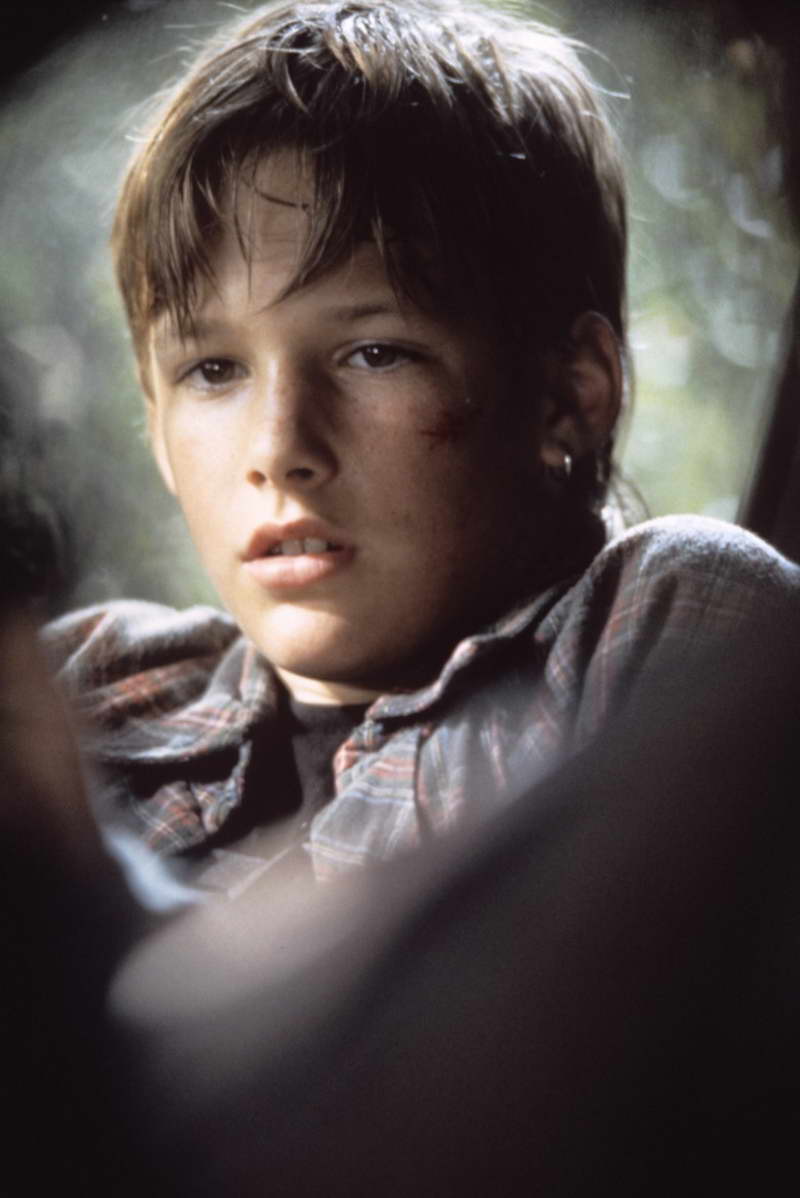 At age eleven Brad Renfro became famous when he starred in The Client and it led to appearances in twenty movies. Unfortunately he passed away in 2008 at the age of twenty-five after spending a few years drinking and using drugs. The young star was discovered dead in his apartment on the 15 of January. His death was ruled as an accidental overdose due to a combination of morphine and heroin. Tragically, almost three weeks after Renfros death his grandmother, to whom he was close and accompanied him in the early days of his acting career passed away as well. 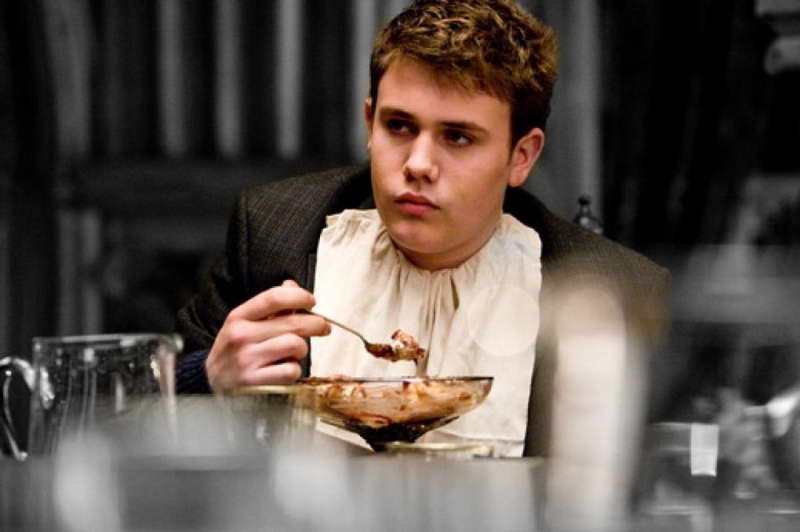 Rob Knox, known very well for his role as Marcus Belby in Harry Potter and the Half Blood Prince was stabbed to death in 2008 at age 18. The scene of his death took place in Sidcup Londen outside the Metro Bar. It is tragic that Knox was actually trying to protect his little brother who was being threatened by two knife-yielding men. Knox was in a promising place in his career, having signed a contract already to appear in Harry Potter and The Deadly Hollows, which was released in 2010. Karl Bishop, the man who murdered Knox was sentenced to life in prison, minimum twenty years with no parole period. 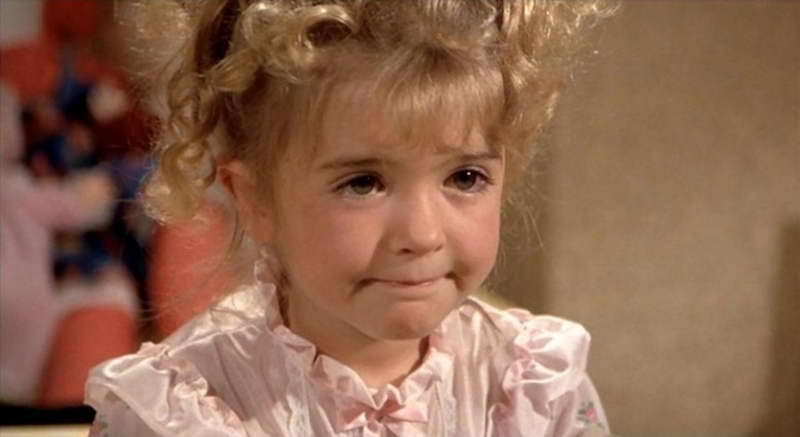 She was best known for her role in Savannah Smiles (1982) and of a drug overdose at age 21. It is said that Andersen have struggled with heroin addiction throughout her teen years and was estranged from most of her family. Andersen was holding down a job at a health food store in Los Angeles, at the time of her passing, as an attempt to help herself to stay clean. Her addiction sadly won in the end and she died in May 1997 due to a lethat overdose of heroin and alcohol. Her death was ruled an accident. 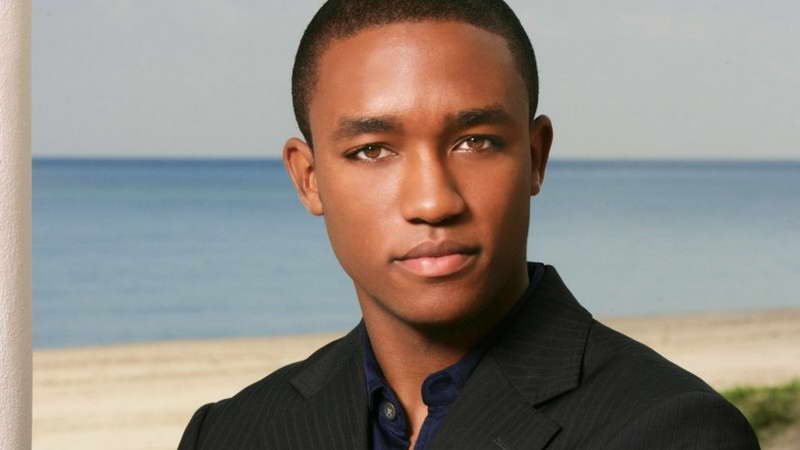 Famous for playing Jett Jackson on the Disney Channel hit show The Famous Jett Jackson as well as his role in the Friday Night Lights movie he was found dead at age 29. He was appearing in the police drama Rizzoli and Isles and concerns were raised when Young never turned up for filming. Later that day he was found dead with a gunshot wound to his head, in his Los Angeles apartment. His death was ruled a suicide as the injury was detected to be self-inflicted. He had a history of mental illness which included depression and bipolar disorder. 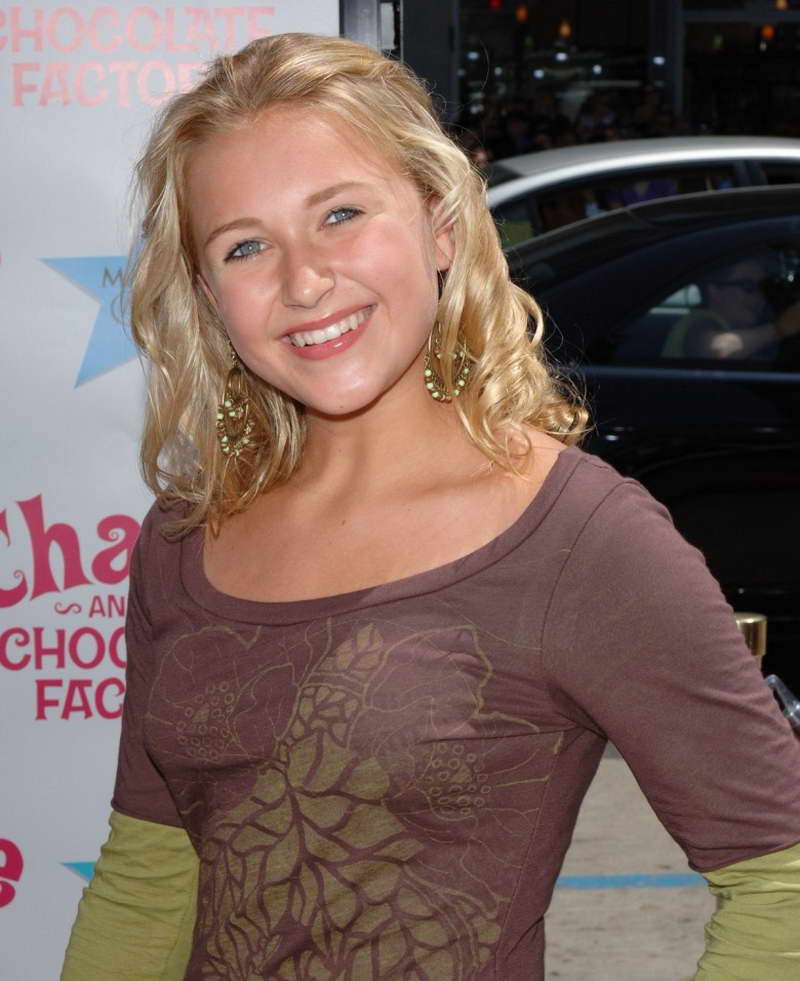 Bartusiak, known for roles in movies such as The Patriot, Dont Say a Word and Kill Your Darlings and her role in spy drama 24 passed away from an accidental drug overdose in 2014. Her boyfriend found her sitting up in bed; there were numerous attempts made to resuscitate Bartusiak, but it was sadly too late. Her death was officially labelled and overdose but her mother stated that epileptic seizures Bartusiak suffered from prior to her death must have played a role in the actress death. 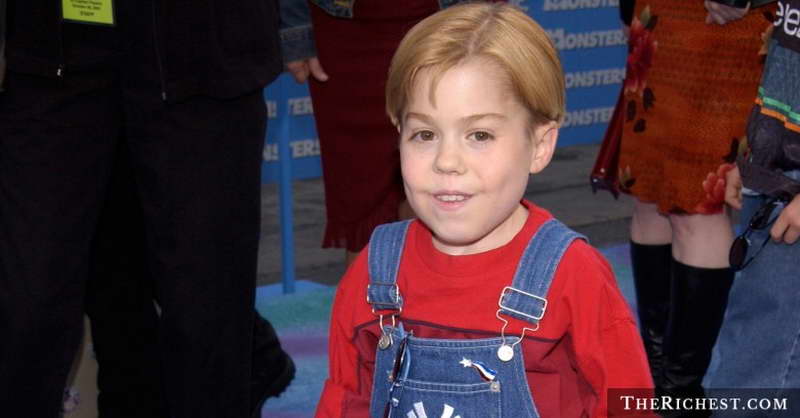 Evans became famous for his role in the soap opera when he was only twenty years old. On the 5th of August 2002 the young star died during complications occurring due to a congenital heart condition. Due to his achondroplasia, a specific form of dwarfism, he had a long medical history. His condition allowed him to play much younger characters. It is ironic to note that the same day Evans died, his character Timmy died in the soap opera in the very episode aired that day. It was planned that Evans were to stay on at the show making appearances as an angel, they even already filmed one episode of Timmy as an angel. As a sort of passage of honour they aired that episode as an homage to both Evans life as well as for the character Timmy, which he played. 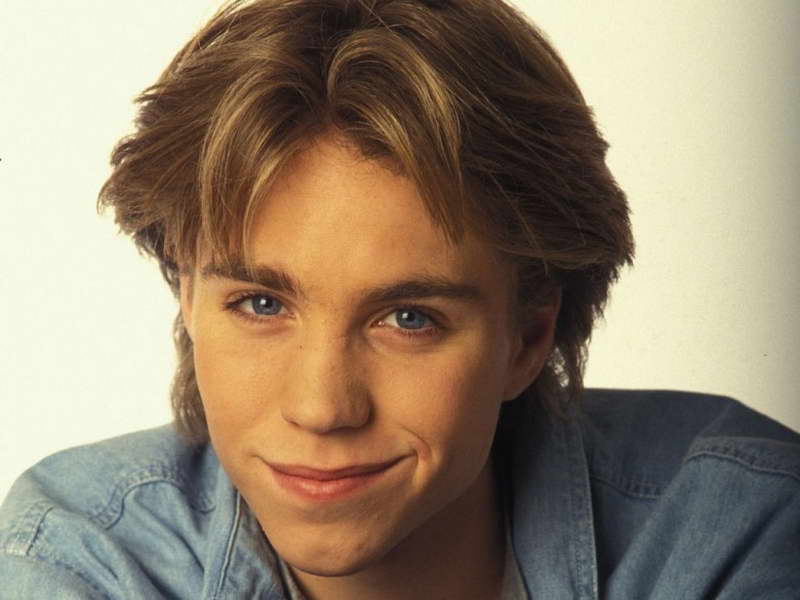 He was celebrated for his role in the NBX hit series SeaQuest DVS as well cult movies like It and Never Ending Story 2 but at age 23 he was found hanging in his Los Angeles apartment on the night of the 11th of November 2003. Rushed to the hospital, Brandis tragically succumbed due to his injuries the following day. He left behind no suicide note, but friends and family claimed that he was depressed about his waning career in the years leading to his passing. He longed for his return to a successful acting career, and it is likely that he committed suicide because of his failure to achieve that wish. 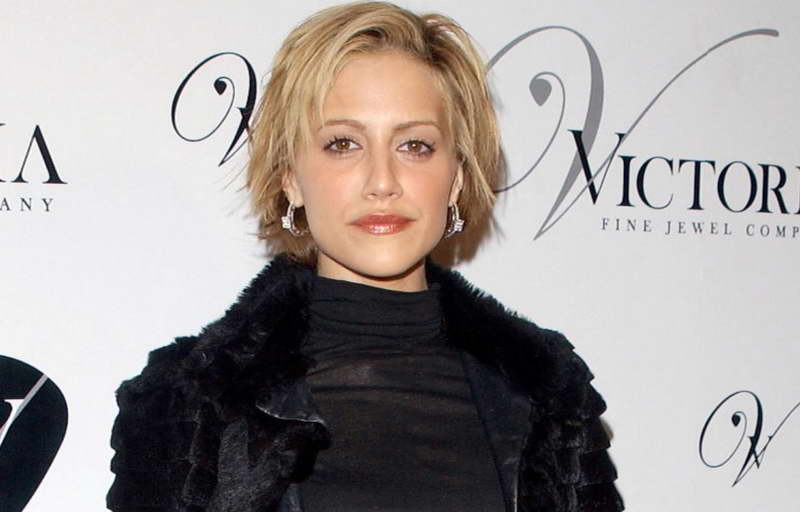 She rose to fame in her teens in 1995 in the cult classic Clueless, and tragically died at age 32 in 2009 after collapsing in her home bathroom on the morning of 20th December. Emergency services arrived at the scene and attempts were made to revive the star. She was rushed to a nearby hospital but sadly she passed away after suffering a cardiac arrest. Murphys passing were labeled as a combination of pneumonia and anemia; but it is thought that the medication she was taking to treat lung problems also played a role in her death. He death was ruled as a natural death but there are strange circumstances at play since only five moths after her death her husband died in very similar circumstances in the same bathroom where Murphy collapsed. 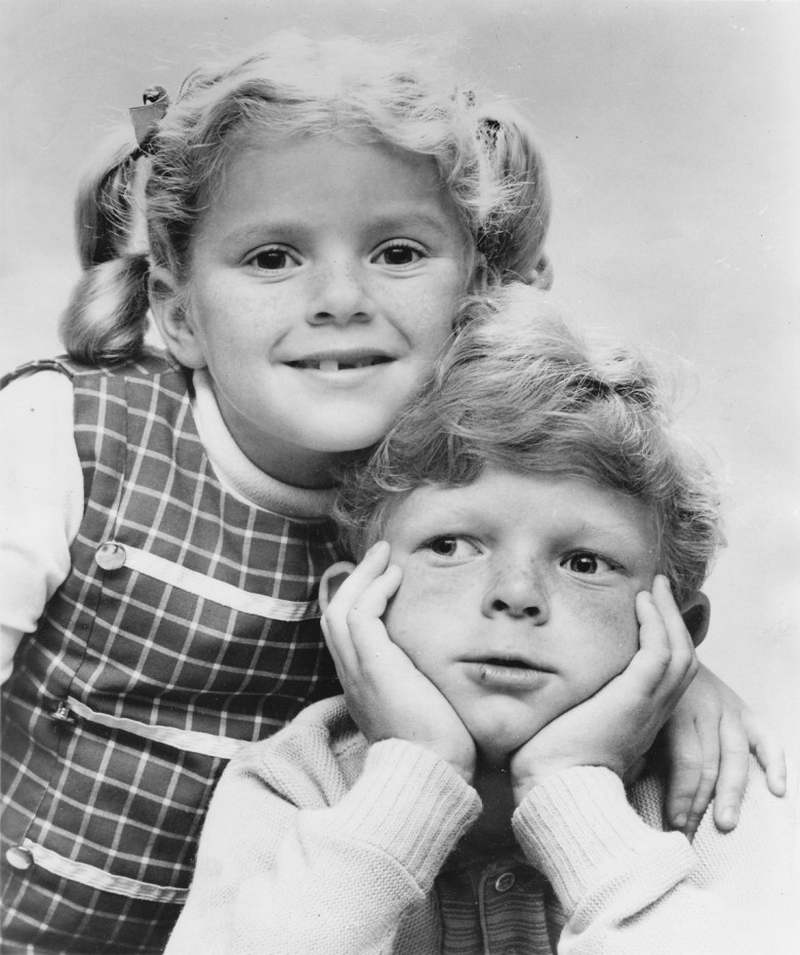 Jones, famous for her role as Buffy on the CBS sitcom Family Affairs died August 28th 1976 at age eighteen. In the years prior to her death, Jones had a very difficult relationship with her mother, then when she started to receive her royalties from Family Affairs after turning eighteen her live began a downwards spiral. She died of a massive overdose that included barbiturates, phencyclidine, methaqualone and cocaine. At friends party she was sleeping in a bedroom when it happened and paramedics were called on scene but all attempt to save her life where in vain. Her brother also died of a drug overdose eight years after Jones death. 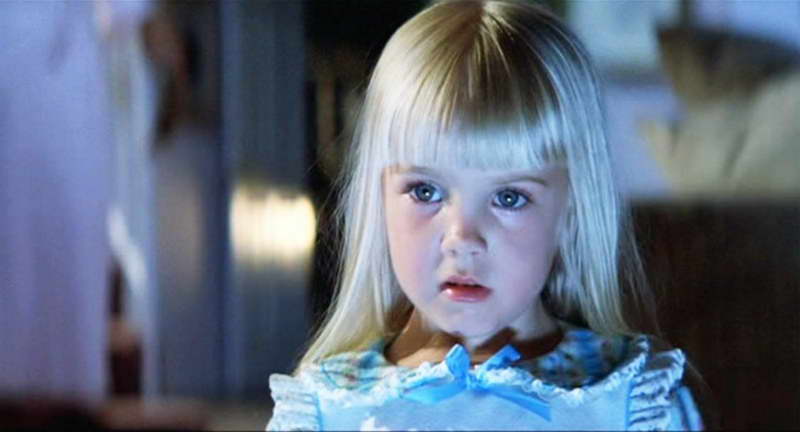 Rourke, known for her role in the movie Poltergeist passed away at age 12, in 1988 due to complications occurring during an acute bowl obstruction surgery. He death is highly controversial since it could have been prevented if she has not been misdiagnosed when she started to fall ill in 1987, during which time her doctor thought that she had Chromes disease and prescribed her steroids. He health improved a bit but on 1st of February 1988 she suffered a heart attack during her surgery. Her death was labeled cardiac arrest caused by septic shock due to intestinal stenosis. Many conspiracy buffs consider oRourkes death to be part of The Poltergeist Curse since many of the cast and crew died during and around the time of the movies filming. 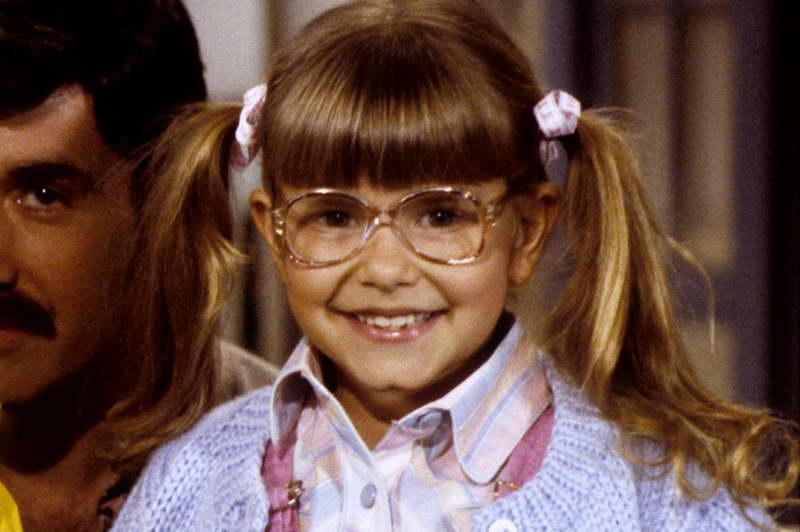 She played in movies like Jaws 2: The Revenge The Land Before Time and All Dogs go to Heaven and at age 10, became a victim of a murder-suicide executed by her father in 1988. Barsis father took a gun to her head while she was sleeping, and then proceeded to kill her mother. It is said that he wandered around the familys home for two days after the murder of his child and wife, before turning the gun on himself. Judith Barsi was said to have suffered a long history of abuse from her father; as her fame increased so did his threats to her and her mothers lives. There are some controversy surrounding Judiths Barsis death, as Barsi had a breakdown during an audition, her case was reported to Child Protective Services, which was dropped when the mother claimed that she is starting divorce proceedings. The divorce never happened, and the tragic murder-suicide occurred.

Tags :
celebrity , child stars who died young ,
 Previous Post
Man Sues Nightclub For Ugly Baby, Alleging Dim Lights Caused Him To ‘Hook Up’ With Unattractive Woman
Next Post 
Bad Mom Confessions. Because You're Not the Only One With Secrets!