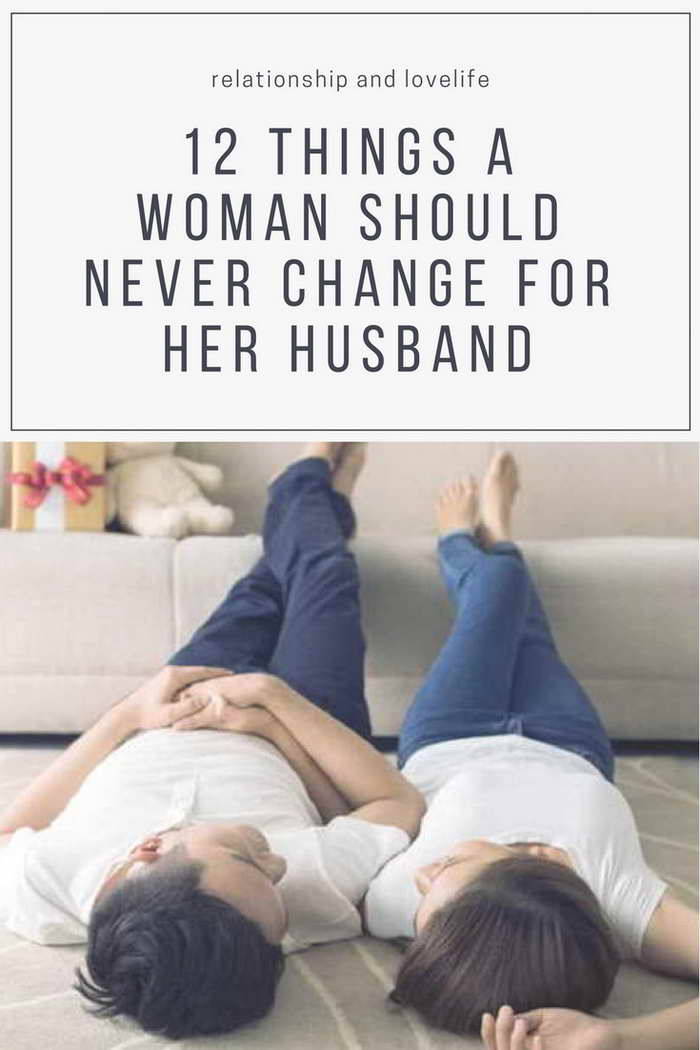 12 Things A Woman Should Never Change For Her Husband 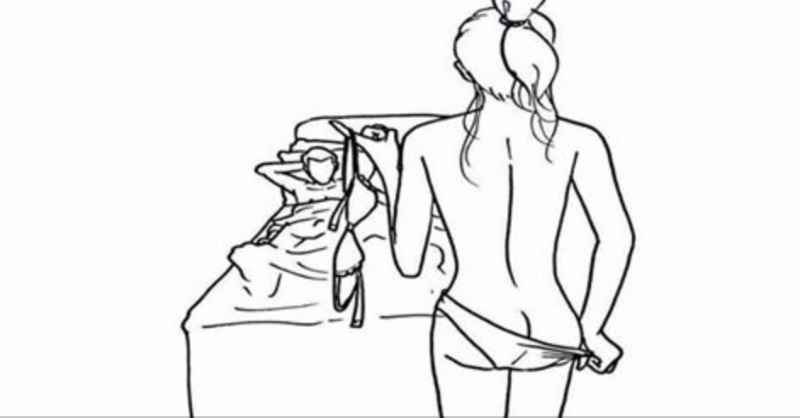 Samaira, the soon to be wedded girl, must be considered to be lucky enough to be a singleton till she was 32. While all her friends have got married in the previous years, she has remained single till now. Recently, when she decided she will marry Jaden one of her colleagues, she received the same levels of support from her family and friends. Despite deciding to marry to Jaden, Samaira had many ambiguities in her mind.

Samaira is an independent girl. She is not only a beautiful girl but also a career-oriented personality. She was both brilliant as well as talented. She loved her family very much and would do anything for their happiness. The main doubt she had in her mind is if Jaden and his family would allow her to pursue her dreams after the marriage. She also felt worried if she will be authorized to spend time with her family after marrying Jaden. She was highly skeptical and tensed about changing after she becomes a daughter-in-law and wife of Jaden. Having been an independent character all through her life, she was now afraid of the unforeseen.

Samaira couldn't think of a better alternative than a get together with her friends to get answers to her doubts. Most of her friends were, and some of them had kids too. She was entirely right about the get-together idea. Her friends leveraged their marital experience and advised her about certain things that women must not give up for men after marriage.

The first and foremost advice that Samairas friends gave her was not to change her surname after marriage. If her surname before marriage was Samaira Gayle, they wanted her to remain the same even after the wedding. Her friends advised her that unless otherwise she is so attracted by the name Jaden, she must not, at any cost, change her name for any other reason. Of course, some women change their surname after marriage either in the name of tradition or husband sentiment. Women must realize the changing the surname does not mean disrespecting the husband or his family members. Nothing else is more important than retaining your identity. 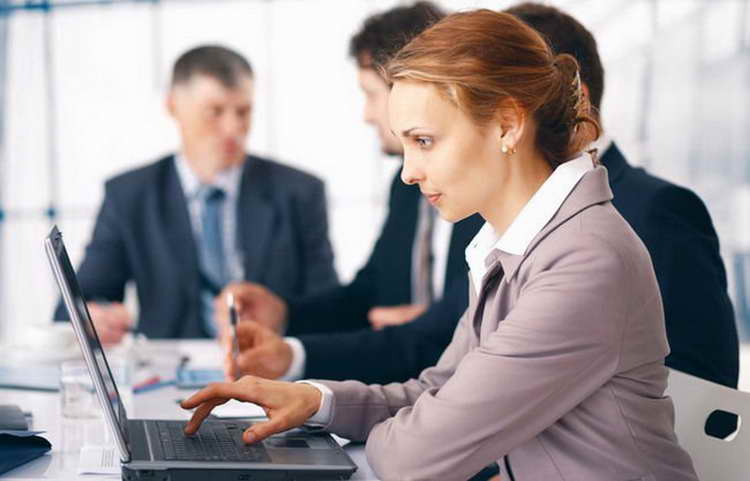 Everyone close to Samaira knows how brilliant student she was during her school and college days. They also know that Samaira has a bright future as far as her career is concerned since she is considered as a smart worker by the Management. The Management would not want her to leave the job since she is an asset to the organization. Samaira too would not want to give up her career for anything in the world. She loved her job so much that she never misses going to the office a single day. Even her friends advise her not to give up her career unless otherwise, she needs to do that same for something more important than that. They told her not to give up her job just being sentimental, yielding to emotional threats 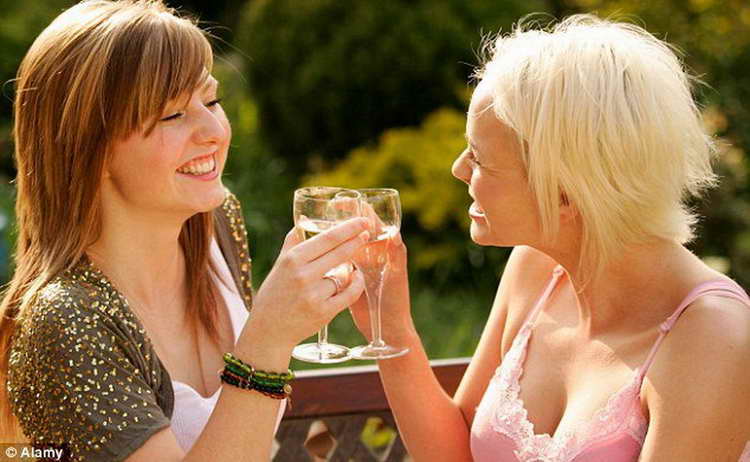 The way Samaira's friends mingle with each other will usually be a lovely site to see. When they are with each other one could witness the twinkle in their eyes. They have always felt proud to be each other's, friends. They apparently told Samaira what it means to have friends after marriage and how friendships can help manage when situations get tougher sometimes. They had always practiced giving honest feedbacks when situations demanded the same. They have never hesitated to criticize whenever required to put their friends back on track. Samaira's friends wanted her to promise that she will be accessible to her friends after marriage too, as much as she is before the wedding. They wanted her to keep mingling with them allocating time for them, as she does now, after getting married too

7 Things What Boys Expect From Girls And What Actually Girls Are!

Mistakes To Avoid In Bed According To Women 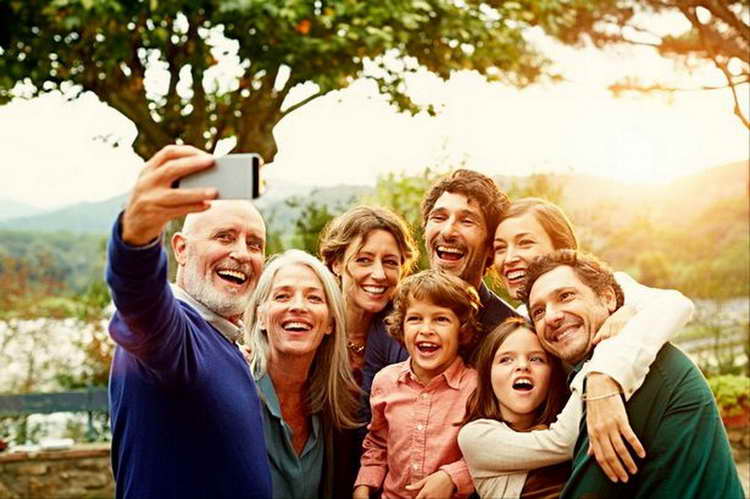 Samairas friends told her that she must take enough care not to leave her relations after marriage but keep in touch with them as she does now. They advised that she must not only maintain her contacts with her relations but also nurture the same by enabling them to mingle with their husband's relatives 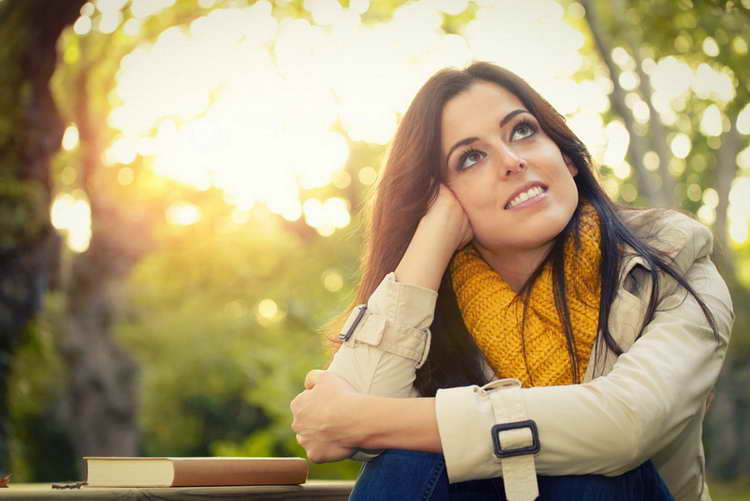 Samaira was advised to keep her hopes alive. Every girl must work towards her dream and must not give up just because she gets married. She must not only strive towards fulfilling her dreams but also not let them slip away due to marital pressures. 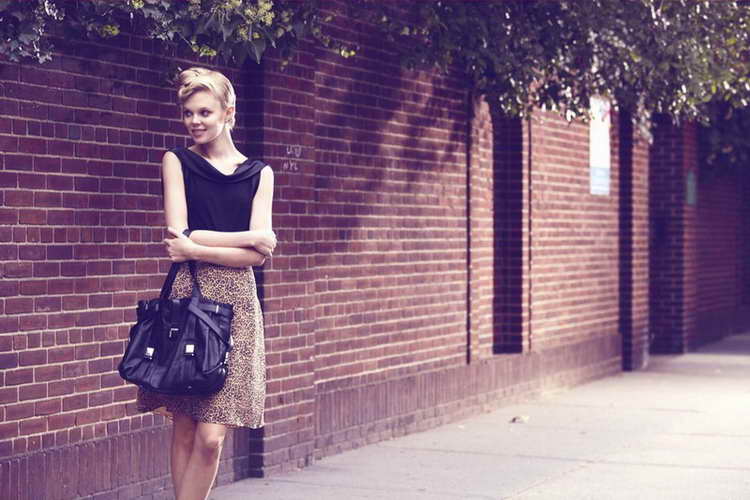 Samaira has always been admired by her friends among many other acquaintances of hers for her sense of dressing. She keeps herself abreast with her dressing sense. She is highly fashionable. She has never cared for others opinion about her way of dressing. She wore what she liked to wear. Her friends advised her to remain the same girl even after marriage and not give up her likings about dressing and fashion after the wedding. It is her fundamental right, which she must not let go off just because someone insists on that after marriage 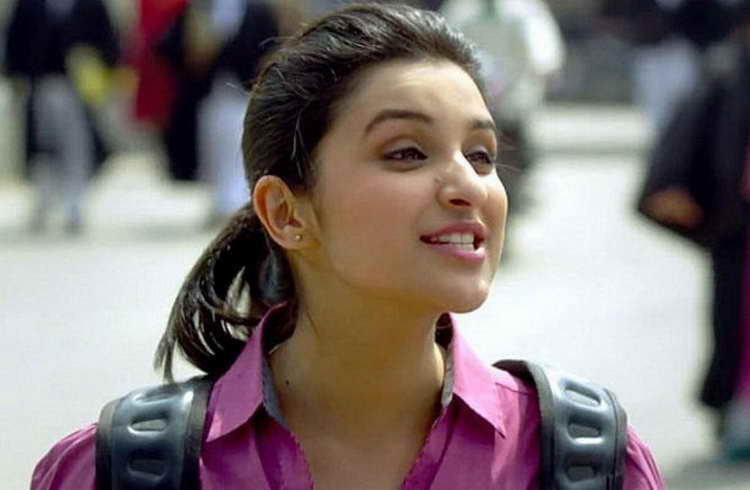 While some women are forced by people and situations to lose their identity after marriage, some lose their identity voluntarily. For every small thing, they start seeking the consent of their husband and his people. This becomes their habit over a period, and they lose their individuality living the life of others. Samaira's married friend explained how she fought back to get her individuality by filing divorce and giving shock treatment to her in-laws 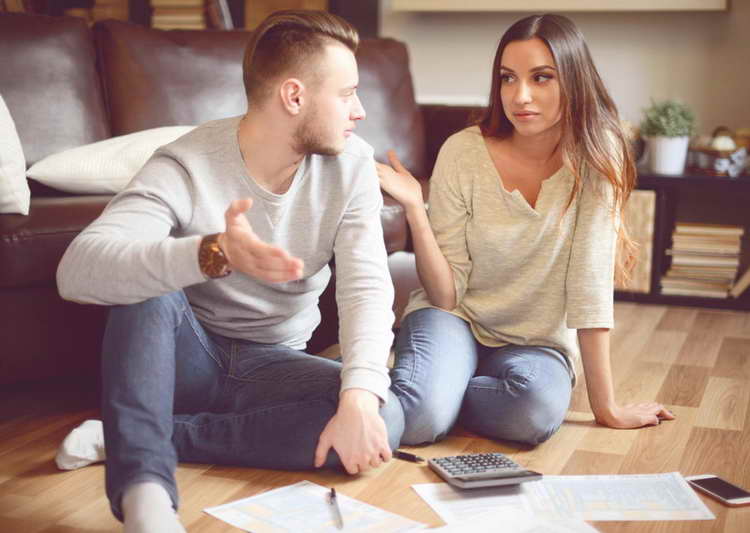 Everyone who is smart, prefer to be independent. They are capable of taking smart decisions within a quick span of time. Samaira's friends recommended that she made all decisions about her all by herself and never get influenced by others for reasons what so ever. She should always be open to voicing out her opinions and what she felt was good without shying away. She must emphatically speak out what she felt was right for herself and her family, especially where it comes to important matters 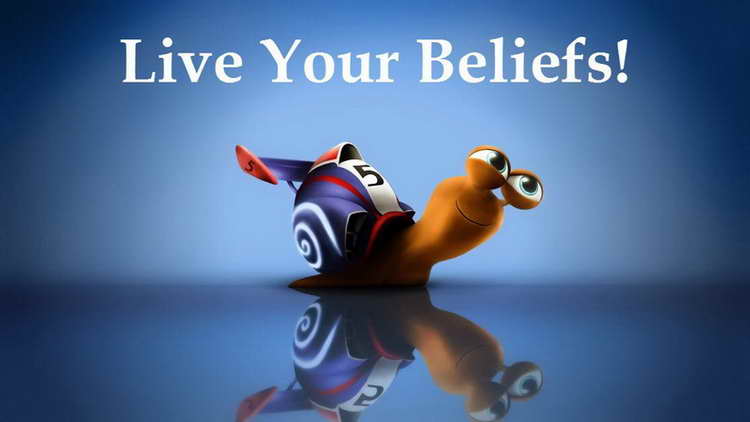 Samaira was advised by her friends that many times in life, we all believe in certain things and go by that. Sometimes, as we age, our beliefs about certain things might take a U-turn. After marriage, when it comes to getting ridiculed about her opinion over certain things, women must put their foot strong on the ground and be firm in her belief. Samaira's friends explained to her how they did this through some incidents that happened in their life.

10 Care for sibling and parents 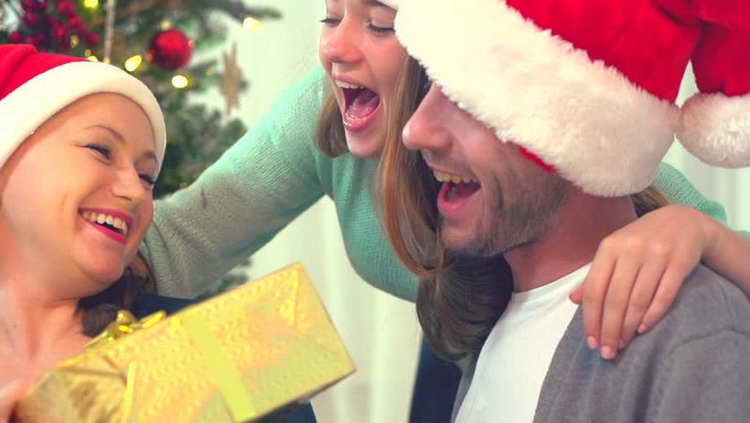 There are still many husbands and their people, who do not like if the women meet her parents and siblings after marriage. This may lead the women to experience severe physical and mental troubles. The same thing happened with Myra, who was Samaira's friend. She felt so depressed when she was not allowed to meet her people after marriage that, the husband had to apologize for treating her so. Make it clear, right in the beginning that you will be in touch with your siblings and parents. If required, every woman has the right to help them financially. Remember, it is with them she has lived all these years, and she cannot be just like that plucked away from that land 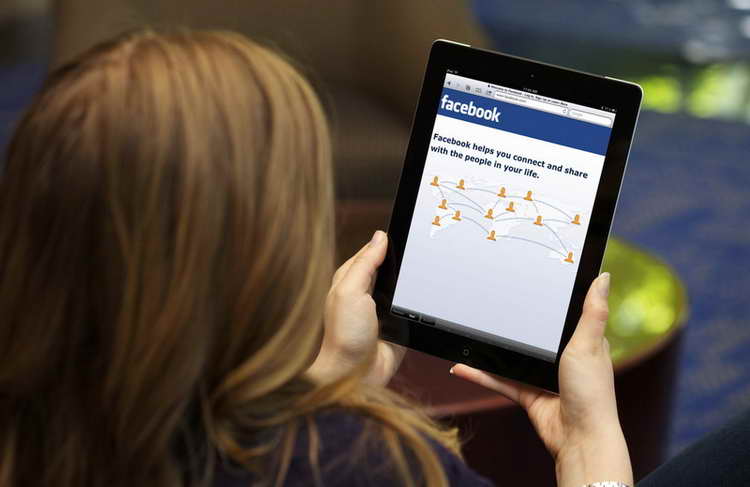 Don't shut yourself away from Social Media and networking sites just because you are married. It is the best way to share your happiness and sadness with your near and dear ones. In the mechanical world, we live in today; it is not possible for us to mingle with everyone we want to interact with physically. Keep your presence in the social media intact. Have fun to share things you want to share. Remain in touch with everyone whom you want to be present in your life. This must always be your decision. Don't give it away for some filthy reasons that may be thrown at you 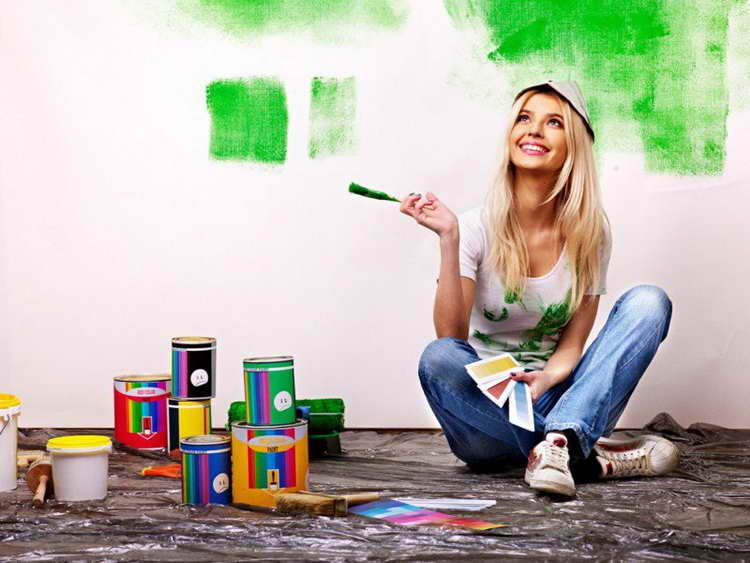 It was time for the friends to wrap up as it was getting late. Samaira was overwhelmingly happy to get answers for all her ambiguities with which she started the evening. She was running short of words to thank her friends who were kind enough to teach her some practical lessons. When she was just about to part, Joanna, one of her friends who is a mother of two children told her something that was not till then discussed. Joanna appreciated Samaira for her painting skills and her astounding passion for painting. She advised her not to give up painting and all her other hobbies and interests after marriage. She said hobbies and interests must be pursued after marriage diligently and not give them up for any reason

Samaira was blessed enough to have friends who were highly realistic in providing down to earth advises to her about post-marriage things to do and not to do. Hope you find these inputs useful. Now that you know about the things not to be given up post marriage, we wish you a happy married life.

Tags :
relationship ,
 Previous Post
12 Things Every Girl Notices In Guys At First Sight
Next Post 
54 Text Replies That Will Make You Stand Up And Clap