How many of us get excited when we share our birthdays with our favorite stars? Right, so did you know many of the Hollywood celebrities are of the same age as their famous contemporaries? Don't believe us, huh? Well, let’s just say that you can check it out for yourself and who knows you might find your celeb crush twining birthdates with you. 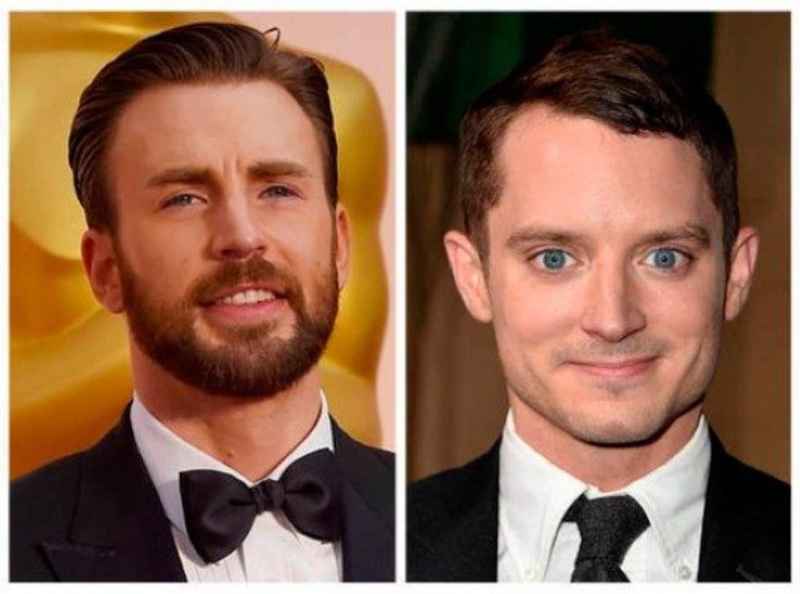 Both these handsome hunks who are out to save the world as Captain America and the Hobbit are born just months apart in the same year. They are 39 years old and celebrate birthdays in the month of June and January respectively. Born in the year 1981, still rocking their age. 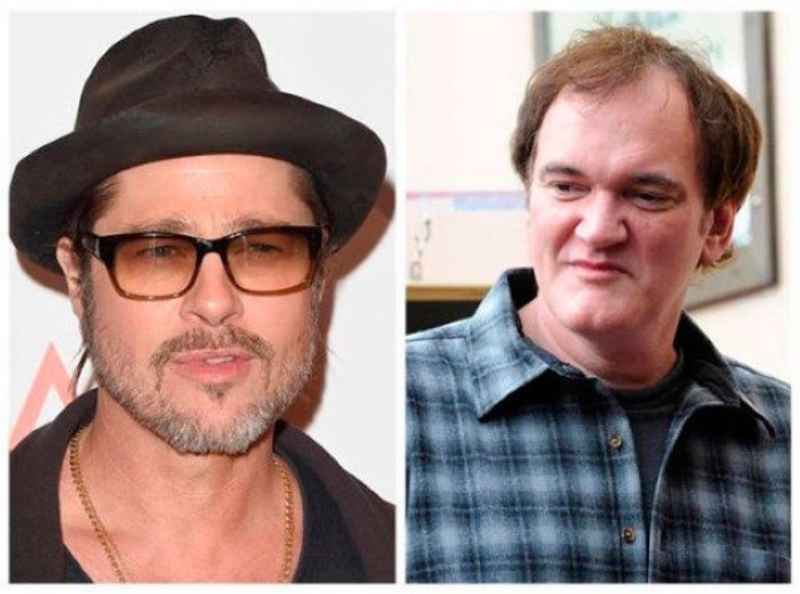 One gives stellar performances and the other has churned out critic worthy hits with his directional skills. They both are born in December and March 1963 respectively, who knew they would end up being Hollywood’s sweethearts even at 57 years of age.

Both of these stunning actors are born in 1990 and almost look like identical twins. Jennifer has been notoriously trolled for being born in another era as an Egyptian actress, but here she is happily turning 30. British born Sangster was born in May while Jennifer graced the world in August. 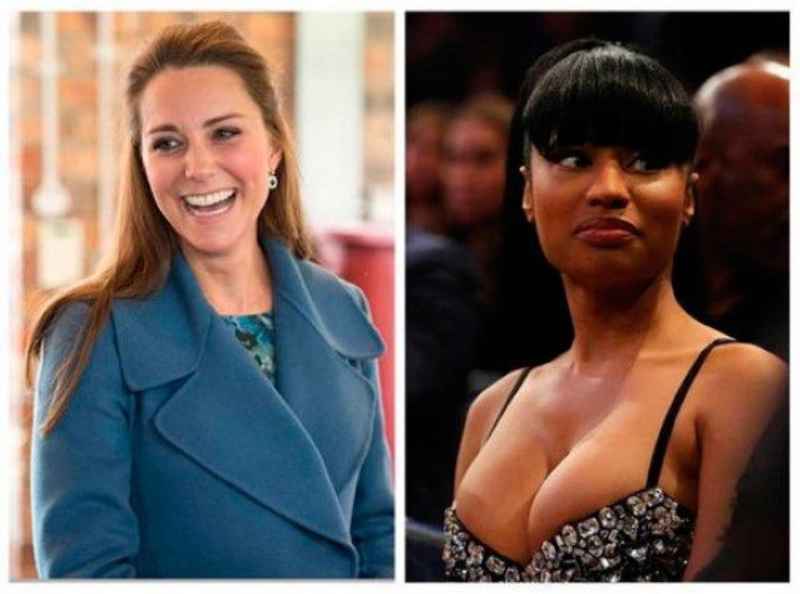 The beginning and the end of 1982 witnessed the birth of two beauties, one is the current future Queen of England and the other is pop Queen. Kate was born in January whereas Nicki in December, both rocking at 38 years. 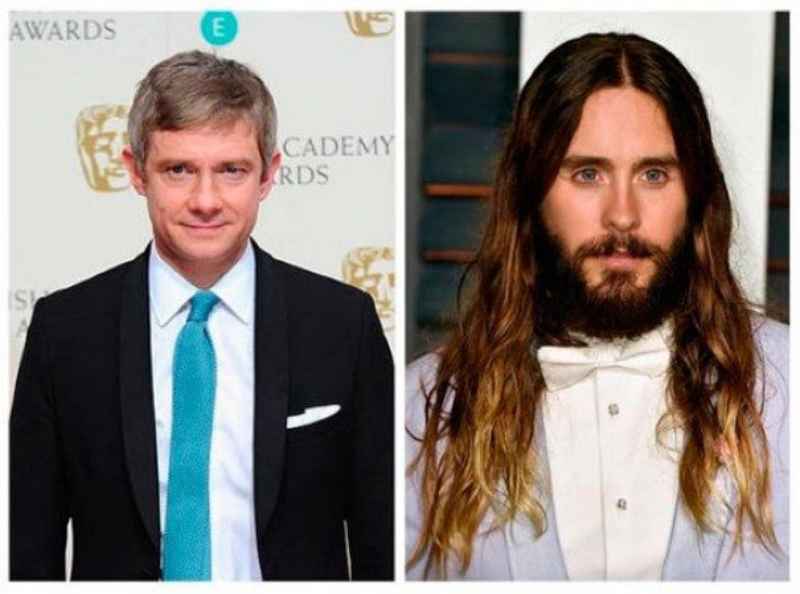 Jared has sure mastered a lot during his yoga and meditation classes, can you guess his age? He is 49 ! Still can’t believe our eyes, he is fooling everyone with his chiselled features. Born in 1971 in December Jared shares the same year with Martin who was born in September. 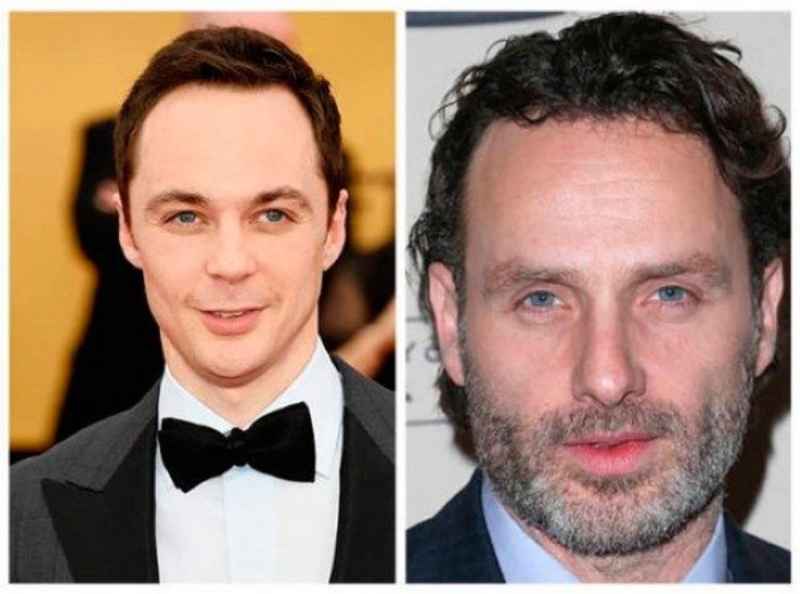 The Big Bang Theory actor came into being in March 1973 and so did Andrew in the month of September. But Parson looks like a college going guy in the series and Andrew looks as if he is ready to play the role of his dad on screen. Both are 47 years as of now. 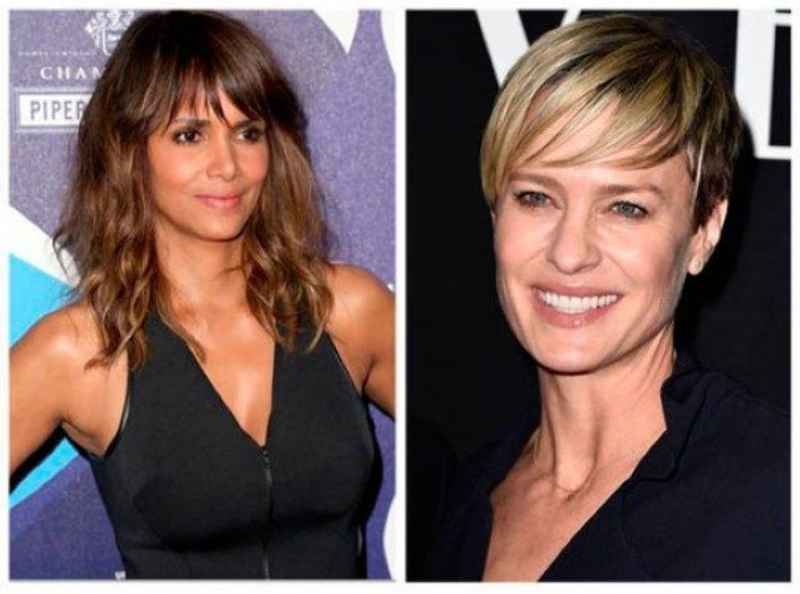 These 54 year old beauties are giving tough competition to young actors. Halley, the sultry Bond, Oscar winning girl doesn’t look her age even though she is born in August 1966 and Robin can easily play Diana’s role on screen with her coy style, she is April born.

8. The Olsen Twins and Lady Gaga

Lady Gaga come off as a senior icon because of all her erratic costumes and makeup. The Olsen twins are the only ones who can give her competition when it comes to weird dressing. What is with celebrities born in 1986 and their wacky outfits? These bunch of 34 year olds were born in June and March respectively. 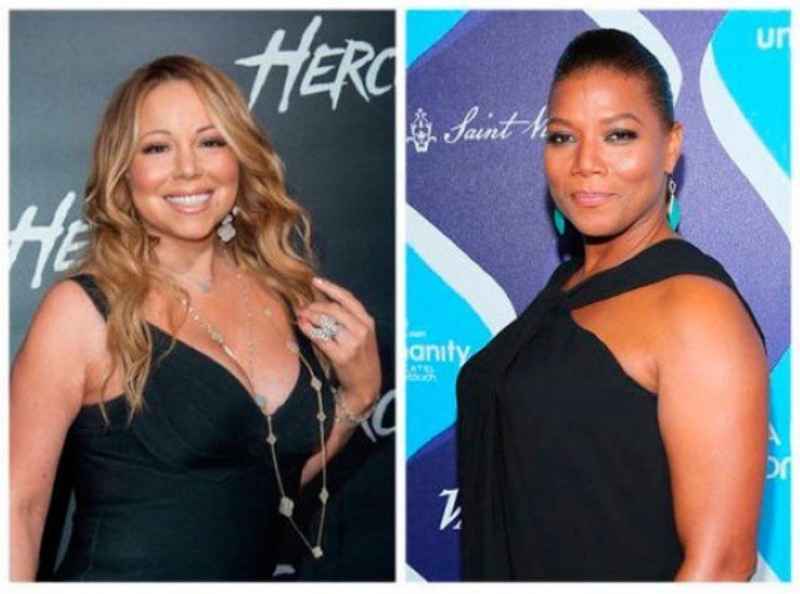 Both have an awesome voice and killer personality, but Mariah still holds millions of hearts in December for her Christmas number. Who wants to believe that both are born in March, 1970 and are 50 years old? Time has certainly stopped still for these two divas. 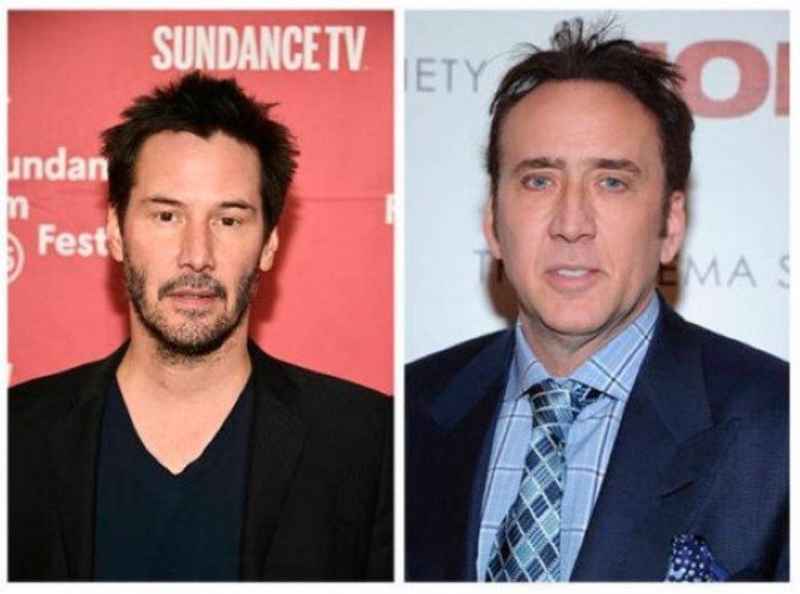 Holding the rapt attention of the audience through their spell bounding action and dialogue sequences, these Hollywood stalwarts are born in 1964. Nope, they do not act or look their age for sure. Keanu come in September while Cage graces January. Come again, did you say they are 56 years old? 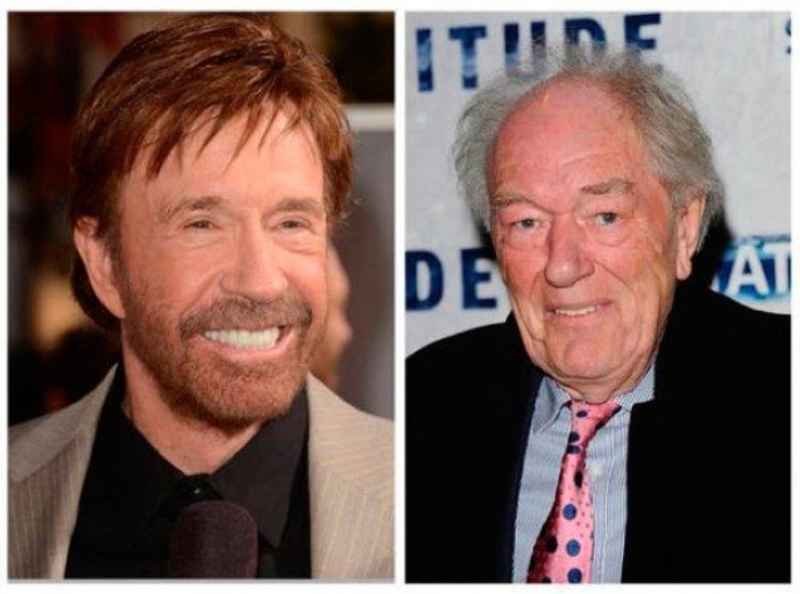 Chuck makes anything look legendary, even his age! He definitely has some time machine hidden under somewhere, who can say that his age is 80? Gambon on the other hand looks like his grandpa at the same age. Both of them are born in the year 1940, Norris in March and Gambon in October. 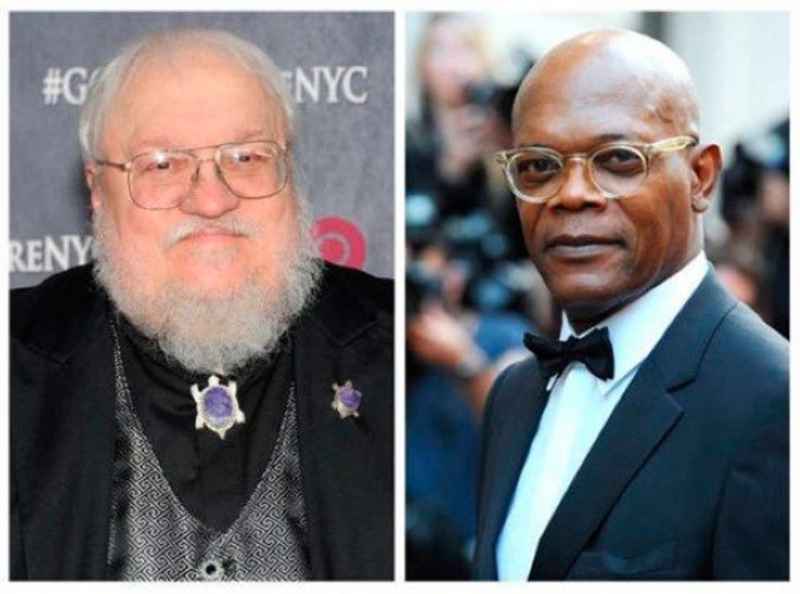 George has written the epic drama series Game of Thrones and we can see that he looks the part of an ancient writer creating fantasy tales in his castle. He is born in the month of September in the year 1948. Jackson came in two months later in December. Jackson keeps on kicking plenty of ass on screen with his action packed roles. So one is mentally active and the other physically active at 72. 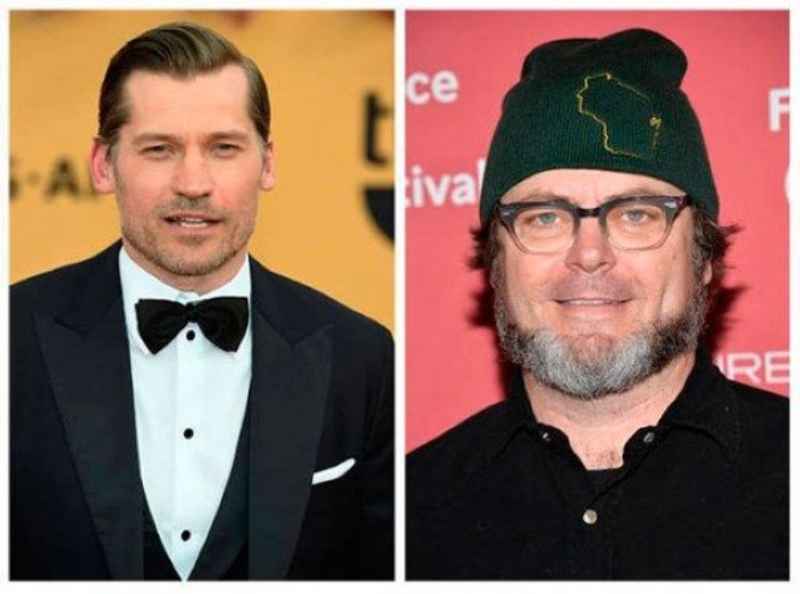 Born in June and July during the year 1970, both of these gentlemen certainly bear aging differently at 50. While comedian Offerman can stand all day long and joke about his white hair and wrinkles, we have Waldau who passes off as a hunk.