Millionaire withdraws 5mn from the bank for asking to wear a mask; Made bank staff count notes.

by Qunki Team | trending
Home > trending > Millionaire withdraws 5mn from the bank for asking to wear a mask; Made bank staff count notes. 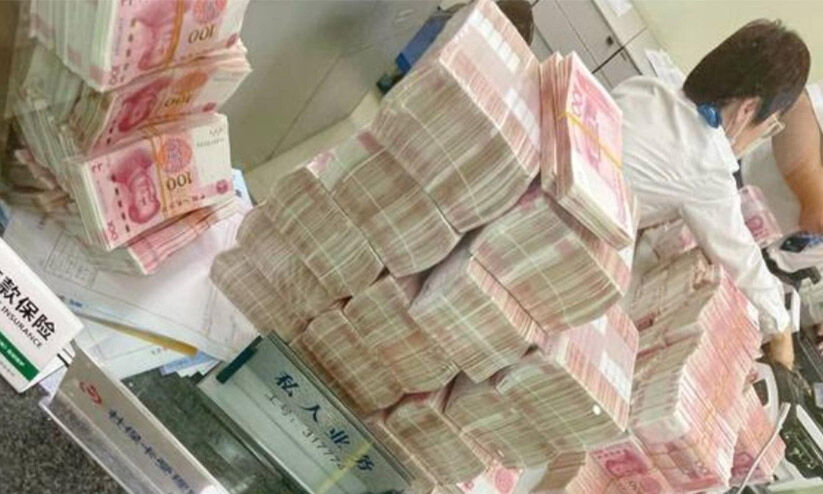 SHANGHAI: A Chinese billionaire has withdrawn a huge amount from his bank account after a security guard asked him to wear a mask. The millionaire, who got furious with security, also demanded that the notes of the total amount withdrawn be counted and handed over.

The millionaire, known as 'Sunware' on Chinese social media Weibo, withdrew five million yuan from the Bank of Shanghai branch. 5mn Yuan is the maximum amount that one can withdraw per day.

The millionaire has vowed to go to the bank every day until he withdraws his entire savings and makes the employees count the notes. He alleges that bank employees mistreated him. But he does not explain what the matter is. He plans to withdraw the entire amount and deposit it in other banks due to the behavior of the employees.

Two bank employees spent hours counting the notes. Images of the millionaire filling the banknotes into a suitcase and taking them into a car went viral.

The bank responded that the employees had not violated any of the rules and had only asked to wear a mask. But it is not clear whether the millionaire went to the bank to withdraw the remaining money.

Subscribed successfully..
sponsored
Leave a Comment
Related Posts
Trending Now
animals and pets
Find Out Which Dog Breed Suits You Best According To Your Zodiac Sign
funny
Hilarious Magazine Mishaps That Will Make Your Day
×