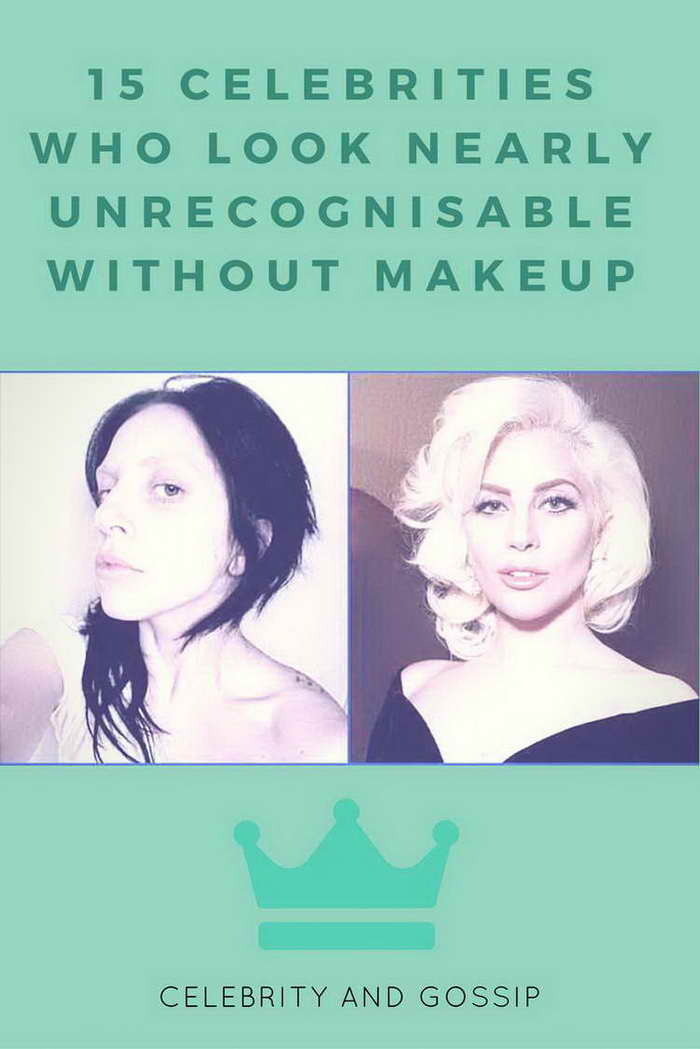 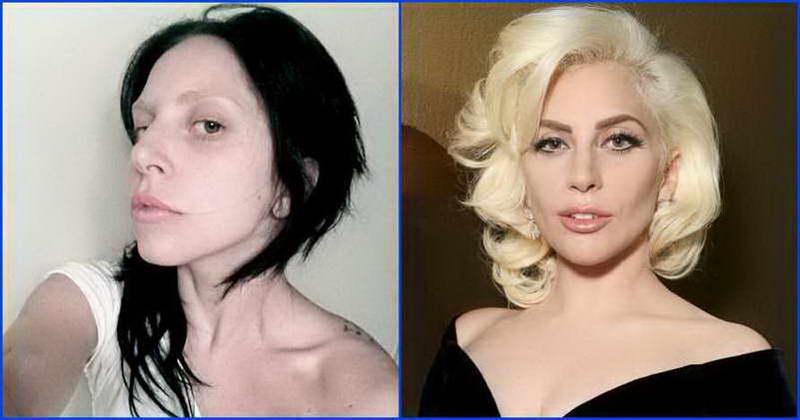 Makeup has a significant role in someone's looks. Makeup has the power of making a bad looking person look much better. Or opposite if makeup is chosen wrongly. It's not a secret that most celebrities use makeup to improve their looks. Some celebrities look awful without makeup.

Here is a list of celebrities who look nearly unrecognizable without makeup. 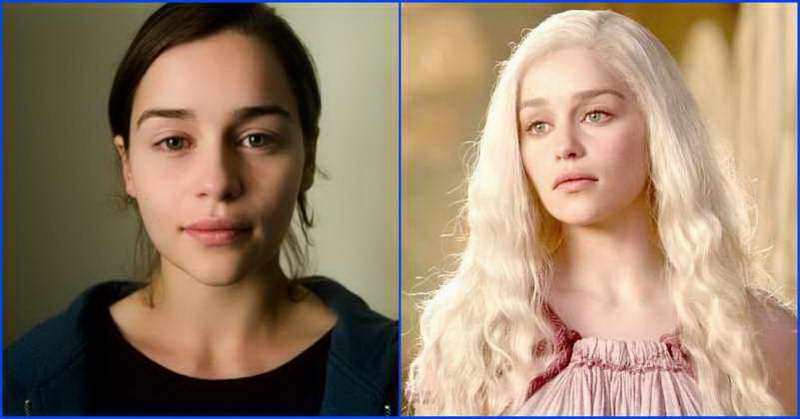 Emilia Isabelle Euphemia Rose Clarke is an English actress. Born in London and brought up in Berkshire. She was the fifth-highest-paid American TV star on a network primetime show ($1.1 million per episode) for her role in "Game of Thrones". The first picture was posted by her back in 2013. But she looks much better in "Game of Thrones" with makeup. 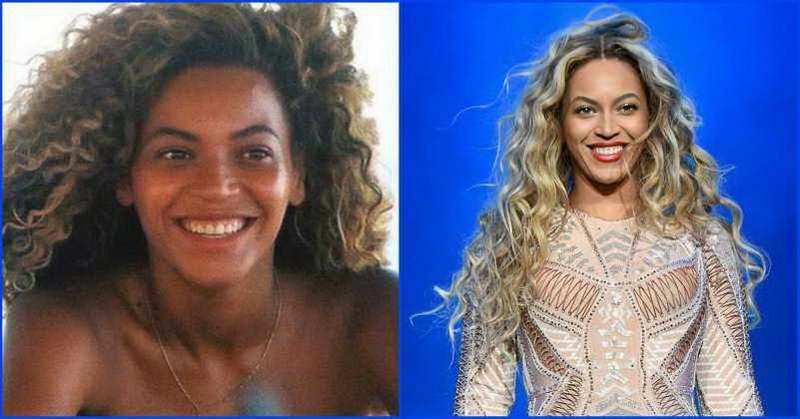 Beyoncé Giselle Knowles-Carter, is an American singer, songwriter, dancer and actress. Born and raised in Houston, Texas, Beyoncé performed in various singing and dancing competitions as a child. She is famous for her looks and different styles in shows. She has been caught many times without makeup. But sounds like she doesn't care about it at all. 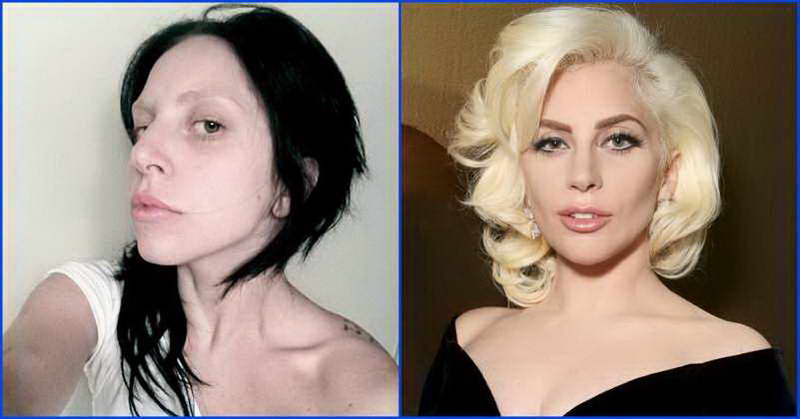 Stefani Joanne Angelina Germanotta, known professionally as Lady Gaga, is an American singer, songwriter, and actress.She always wears makeup and expensive dresses. But this picture of her without makeup is much different. 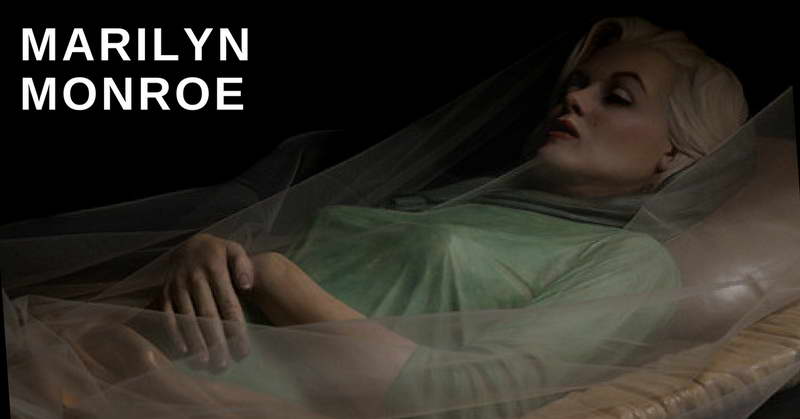 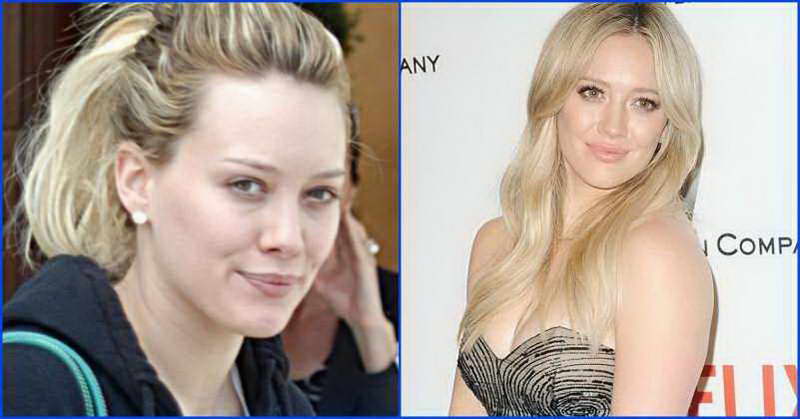 Hilary Erhard Duff is an American actress and singer. She is in the film industry since her childhood. She has been photographed with out make up many times. She looks much different in those photos, but she seems doesn't care. 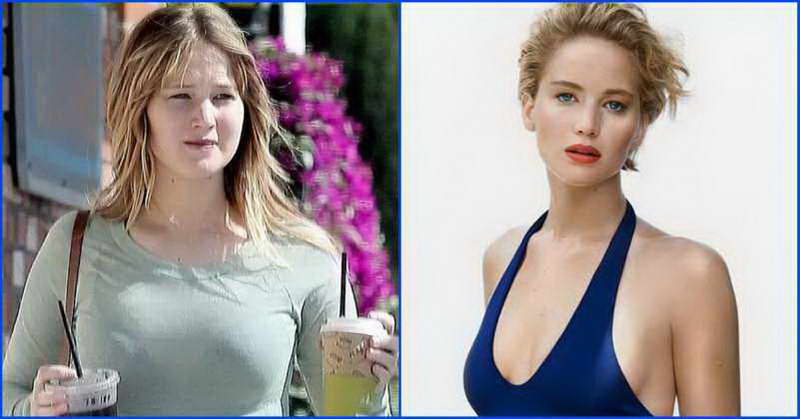 Jennifer Shrader Lawrence is an American actress. Since 2015, Lawrence has been the highest-paid actress in the world, and her films have grossed over $5.5 billion worldwide. She never cared about what people think about her. So she has been seen without makeup many times. 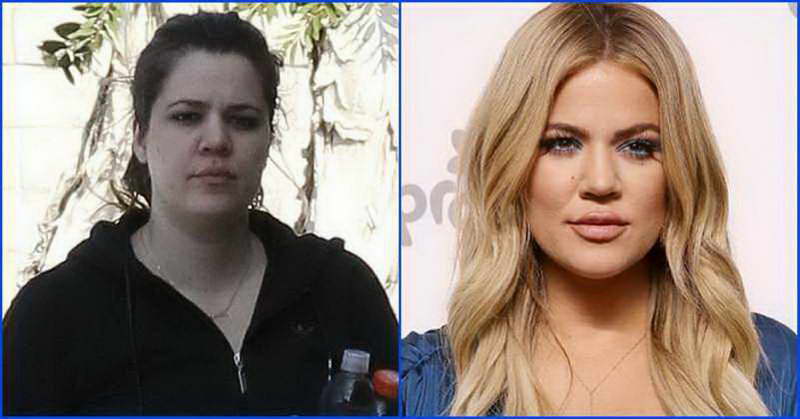 Khloé Alexandra Kardashian is an American television personality, socialite, model, businesswoman, and entrepreneur. Since 2007, she and her family have starred in the reality television series Keeping Up with the Kardashians. She has been working hard to maintain her looks since long. 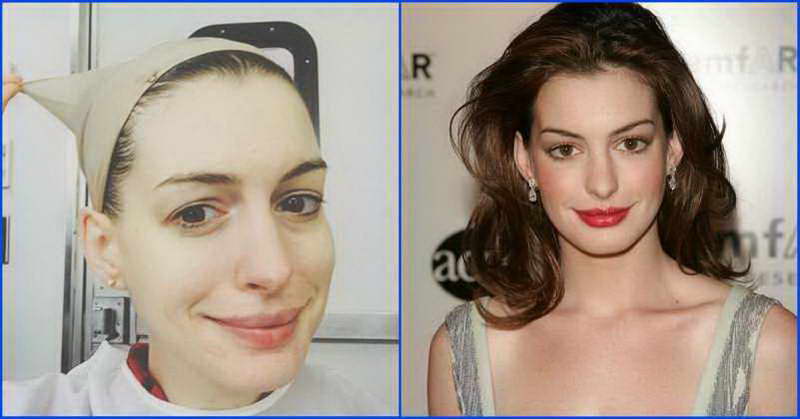 Anne Jacqueline Hathaway is an American actress and singer. Her breakthrough debut film role was as Mia Thermopolis in the Disney comedy The Princess Diaries. She looks cuter without makeup in many of her pictures, but in this picture, she is nearly unrecognizable. 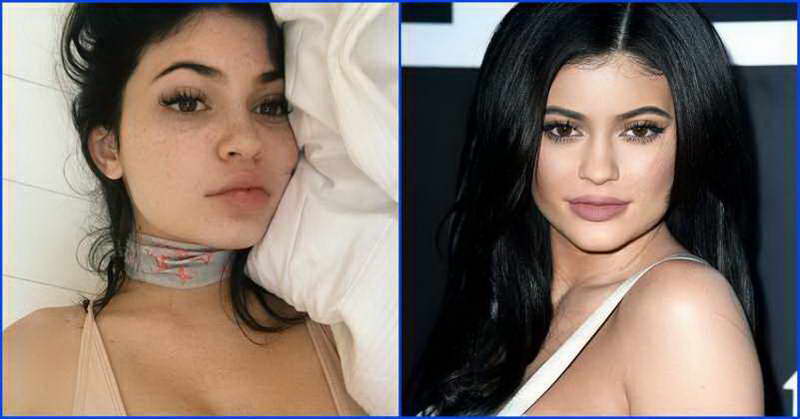 Kylie Kristen Jenner is an American reality television personality, model, actress, entrepreneur, socialite, and social media personality.She is very active in social media. She posts her photos on Instagram regularly. This picture is posted by her as a part of the trend "bed selfies." 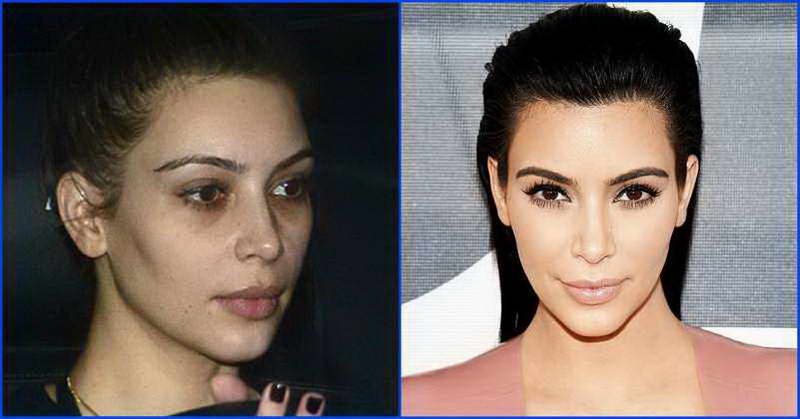 Kimberly Kardashian West is an American reality television personality, socialite, actress, businesswoman, and model. Like others in Kardashian family, she is also very active in social media. 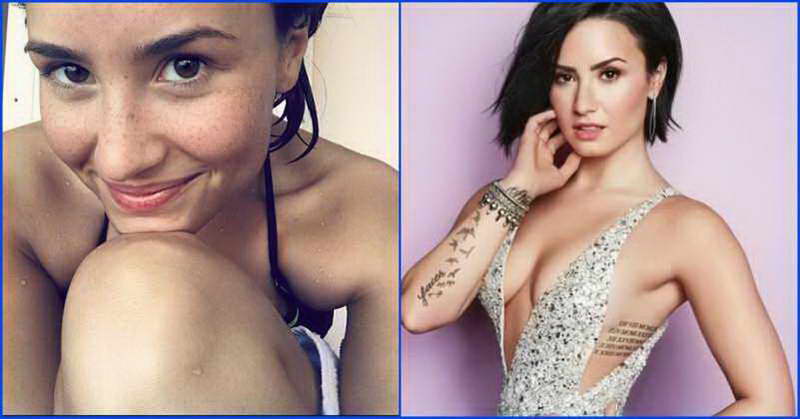 Demetria Devonne Lovato is an American singer, songwriter, and actress. She was fatter when she started her career. But now she does not care about showing her body or face. 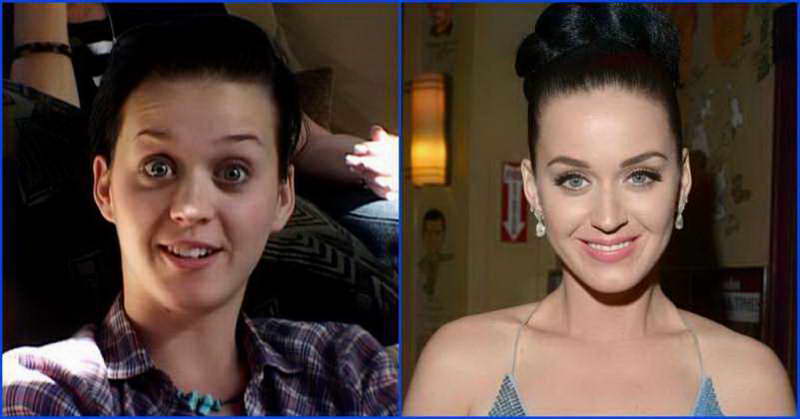 Katheryn Elizabeth Hudson, known professionally as Katy Perry, is an American singer and songwriter. In this picture, she looks much different. 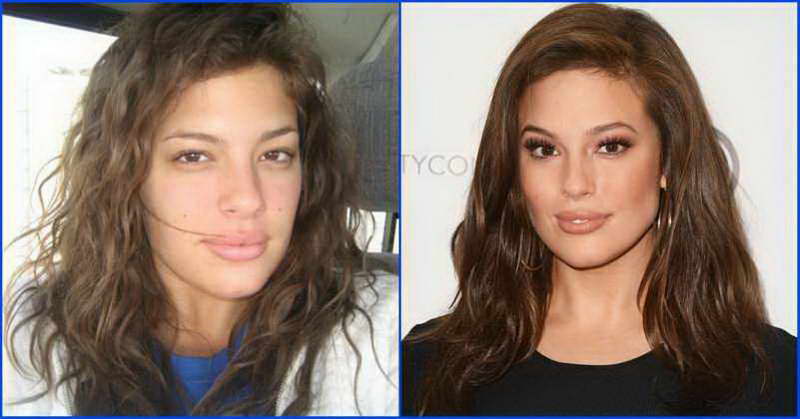 Ashley Graham is an American model. She has appeared on the cover of fashion magazines such as Vogue, Harper's Bazaar, Glamour, and Elle. Also, she appeared in several Levi's campaigns. She has shared many pictures without makeup. 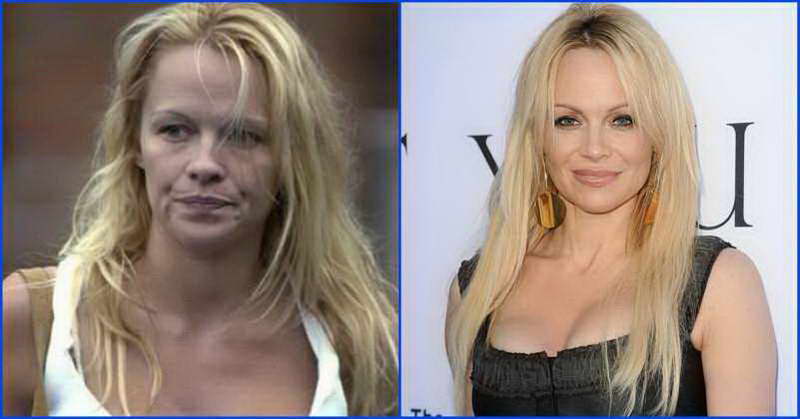 Pamela Denise Anderson is a Canadian American actress and model. Anderson is best known for her roles on the television series Home Improvement, Baywatch, and V.I.P. She is 49 years old now, but she still looks stunning. Still, she looks very different without makeup. 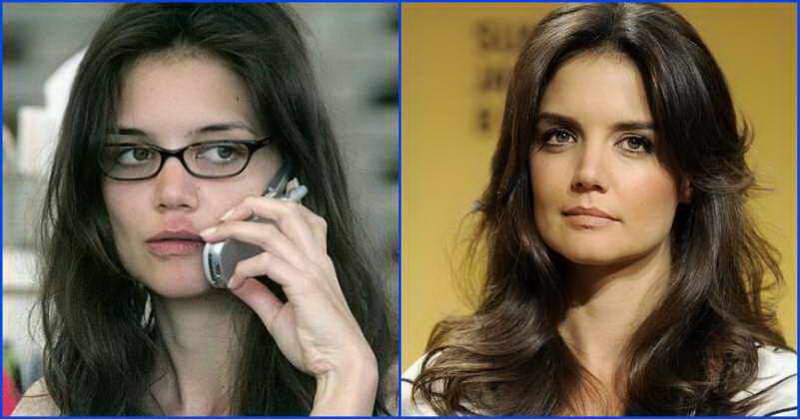 Kate Noelle Holmes is an American actress who first achieved fame for her role as Joey Potter on The WB television teen drama Dawson's Creek from 1998 to 2003.Tom Cruise's ex-wife looks amazing with makeup. But she is not much different without makeup. 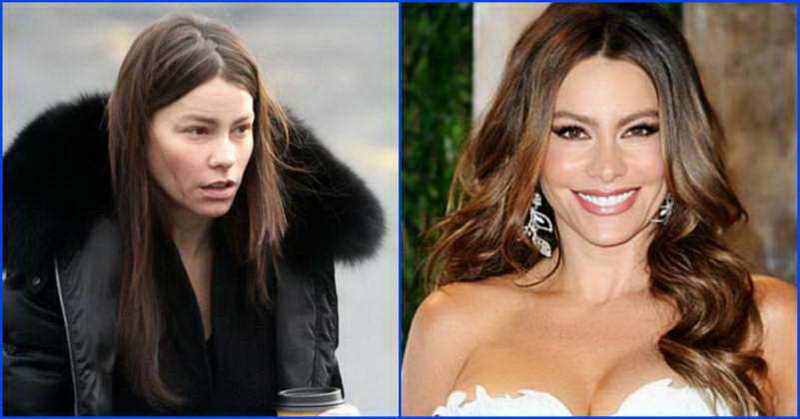 Sofía Margarita Vergara Vergara is a Colombian actress and model. Vergara rose to prominence while co-hosting two television shows for Spanish-language television network Univisión in the late 1990s. She is a gorgeous woman. But in this picture, she is not so impressive.

Subscribed successfully..
sponsored
Leave a Comment
Related Posts
Trending Now
celebrity and gossip
Photos Of Celebrity Open Casket Funerals That Will Shock You
relationship and lovelife
7 Shocking Girlfriend Confessions That Will Give You The Most Awkward Time
×