The word fashion is now closely related to all of us, no matter we are at home or going outside for some party. We like to dress our best so that people don't get a chance to criticize us. It is the same as celebrities. They try to get the best dresses from the best designers when they are going to be a part of a big event. Press and media are always present in such events and it must be noted that a few glimpses of a few celebrities have been taken where they dressed up so weird that people compared them to certain objects that we use at our home. Here are a few of them - 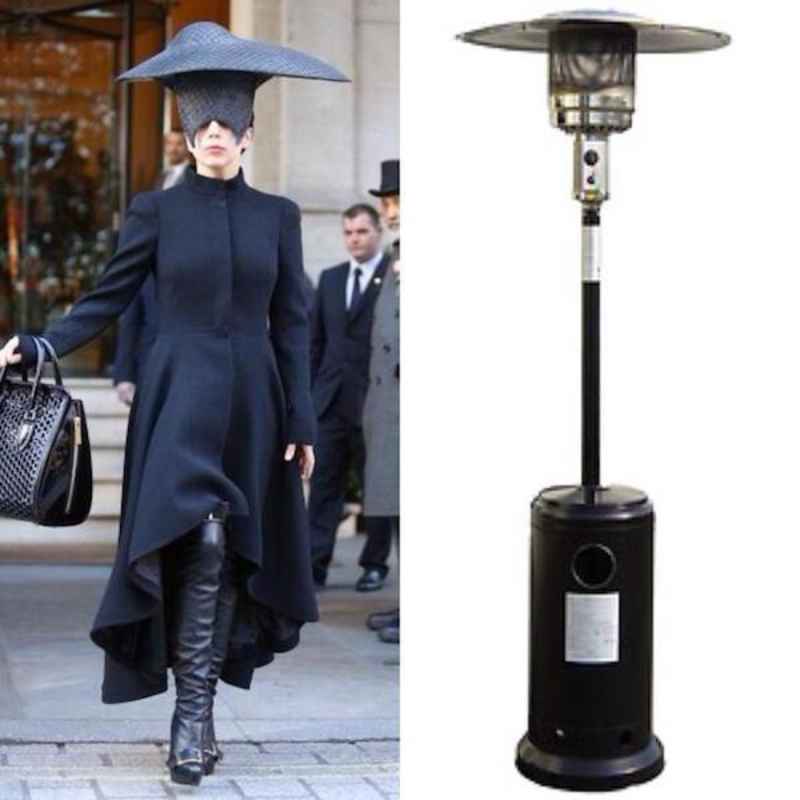 There is no doubt that Lady Gaga is one of the most established singers in this industry. There have been instances where Lady Gaga has created controversies as a result of her weird dresses and people are also of the opinion that her fashion sense is completely wrong. A few years ago, she was heavily trolled for one of the head accessories she wore at an event which was an inspiration from a giant lobster. 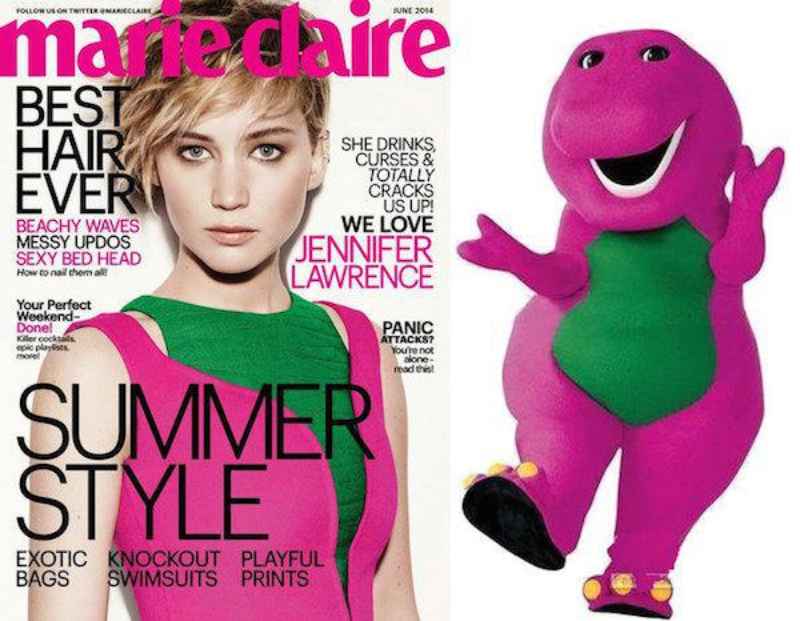 Jennifer Lawrence is a well-known name in the Hollywood industry. She is at present the sex symbol of this big industry. Unfortunately, she created a big buzz on social media last year by posing for the cover of Marie Claire Magazine where her dress was compared to Barney the Dinosaur.

Nicki Minaj and her songs have always been loved by the audience but she likes to remain on top of the news headlines for her dressing style which consists of wacky colors and weird dimensions. In one such case, her dress looked similar to that of the popular cartoon figure He-Man. In another event, her dress was seen as an inspiration from the very famous Pokemon Jynx. 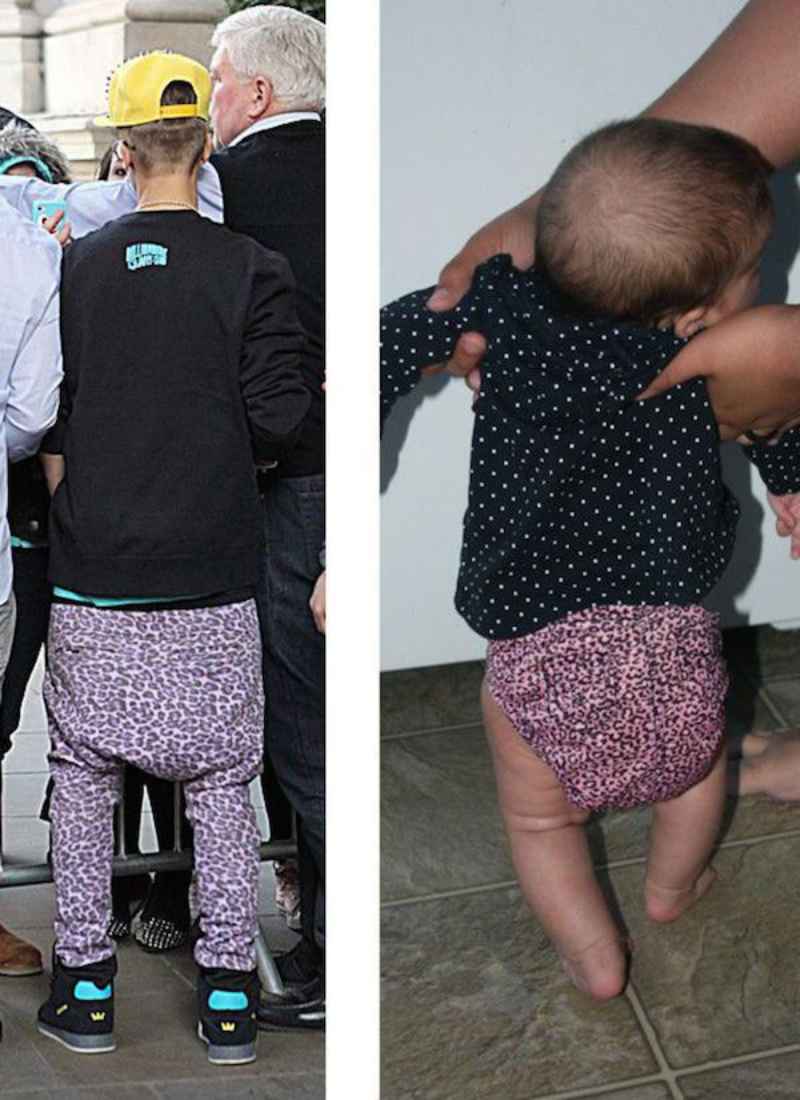 Justin Beiber is a heartthrob especially among the girls and he has also been a highly controversial figure of Hollywood. His dressing style is even the most strange and confusing as compared to others. A few years ago, one of his pictures showed him wearing a pant which was compared to the shape of diapers. 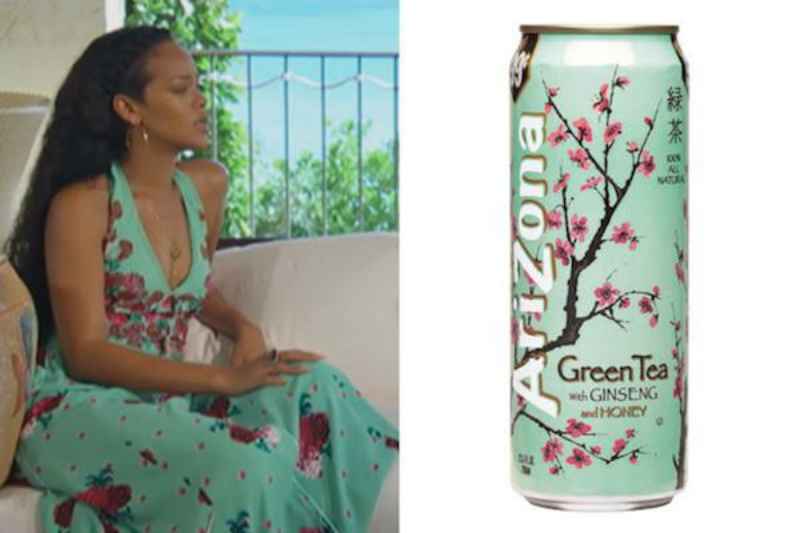 Rihanna and her songs have always made it to the list of Billboard Top 100 and Billboard Top 200. According to her close friends and colleagues, she has a very good dressing style but a few months ago, one of her pictures showed her wearing something which looked the same as the good old can of Arizona Green Tea. 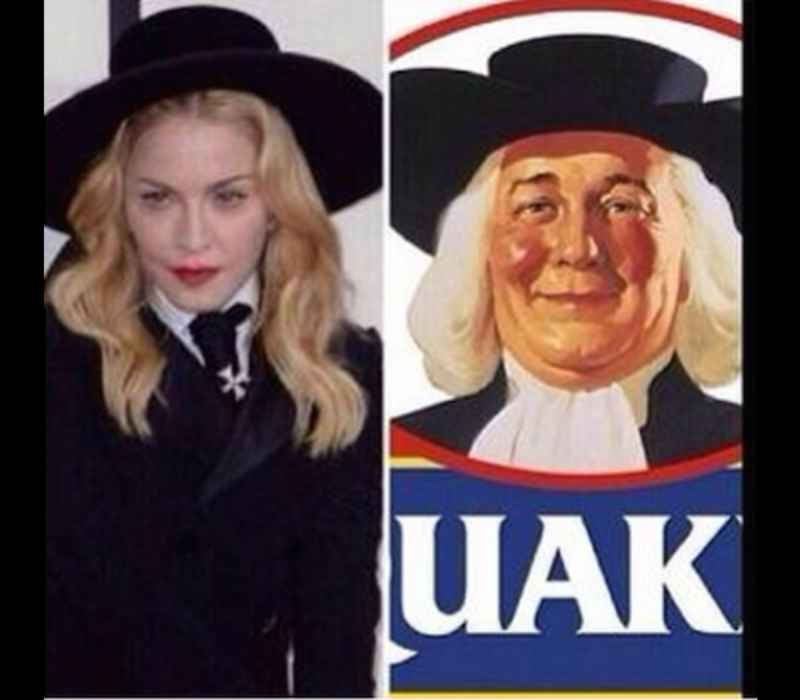 Madonna is most popularly known as the "Queen of Pop" by her fans and followers. Her songs have been huge hits and have been a part of the Billboard Top 100 chart. The best thing about her now is that she wears more clothes which cover up almost her full body but once upon a time, her choice was completely wrong as a result of which her dress was compared to the guy on the packets of Quaker Oats. 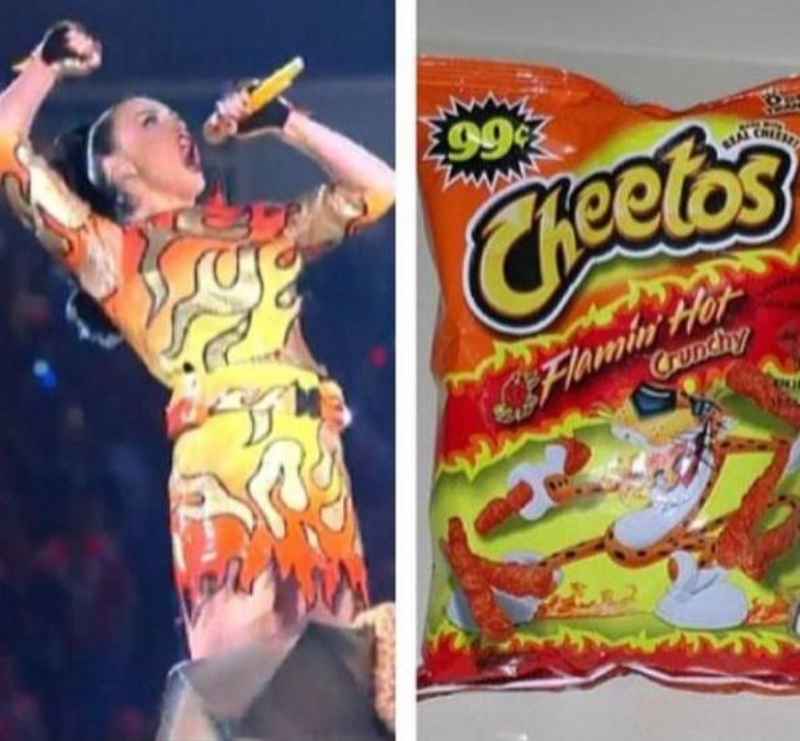 Katy Perry has been a very famous singer and songwriter. She is particularly known for her unique singing style and has been a recipient of many awards. Katy Perry had once proved the fact that lyrics are written by taking inspiration from real-life incidents. A line in her song "Firework" asked whether we ever felt like a plastic bag. Her dressing style like the packet of Cheetos completely proved this fact. 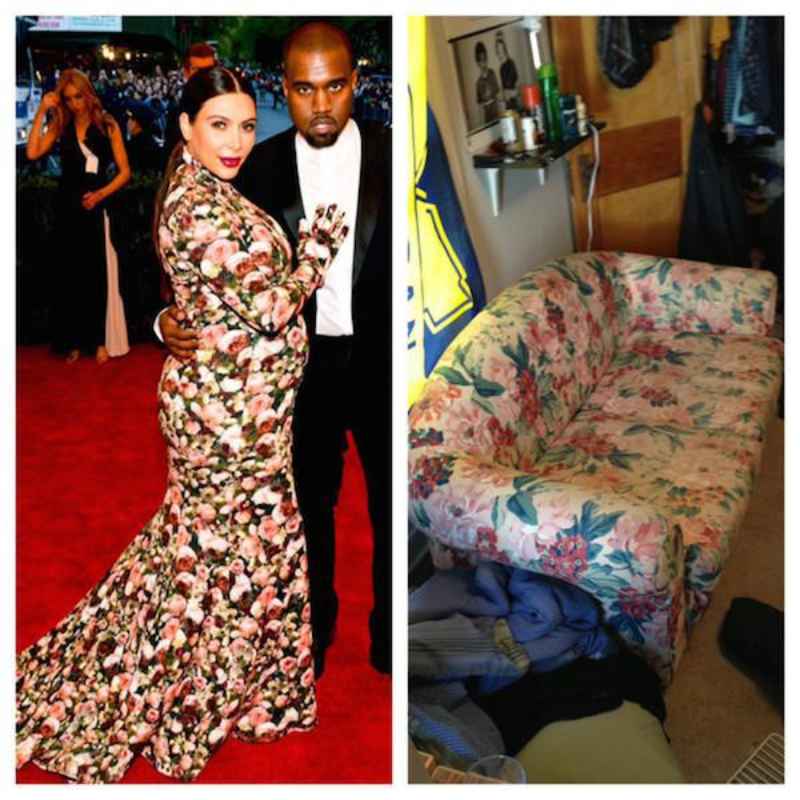 Kim Kardashian has always been on the news headlines because of her antics and nudity on the internet. But unfortunately, her fashion choices are extremely bad. One of her dress she wore at an event was compared to an old-fashioned sofa. In another situation, her dressing style was said to have taken inspiration from a blue whale. 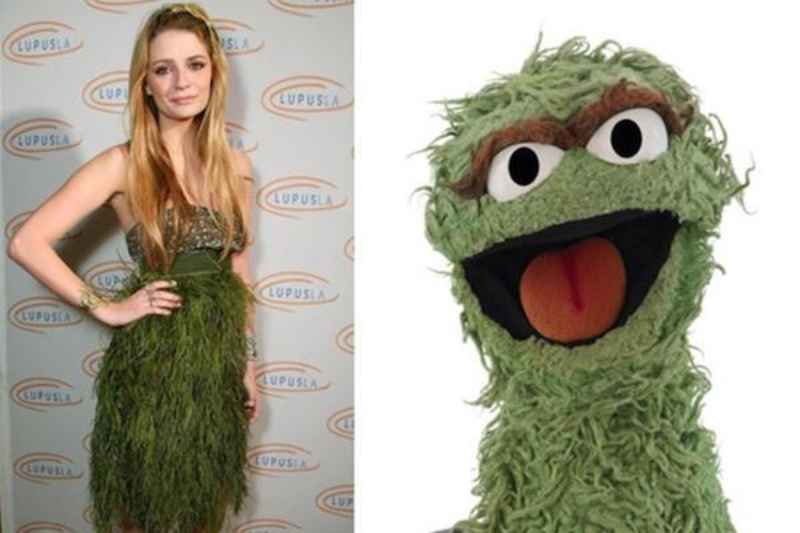 Famous actress Mischa Barton has appeared in a large number of movies and TV shows. Her dressing style has been called one of the best among other celebrities. However once, she made a small mistake by wearing something which was compared to the Oscar from Sesame Street. 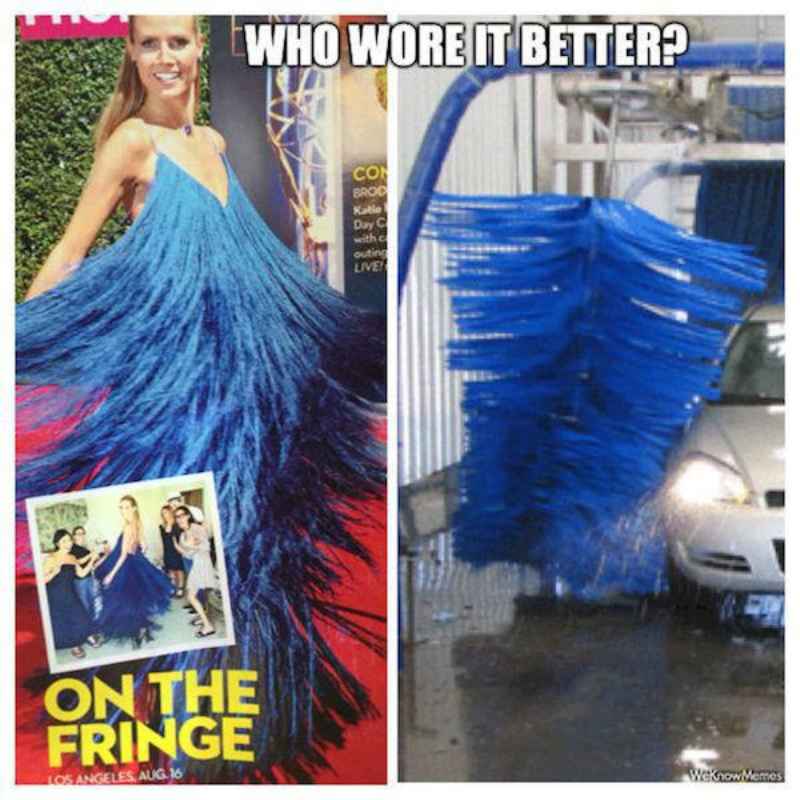 Heidi Klum is not just a famous TV personality but also a very popular supermodel from Germany. Her presence on the small screen has been very well appreciated by the public. A few months ago, she wore a blue dress at an event that was compared to a frequently used car wash equipment. 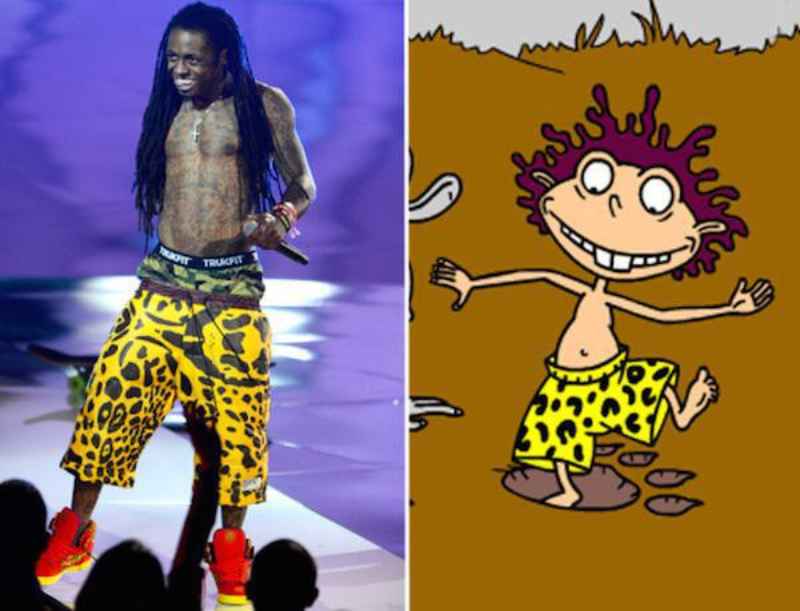 Lil Wayne and his style of rapping is a favorite among the audience. No matter how much a big controversial figure he is, he has been loved by his fans and audiences. While performing at an event somewhere, he was wearing shorts and was bare-chested, and this look was compared with a character named Donnie Thornberry from the popular cartoon series "The Wild Thornberries". 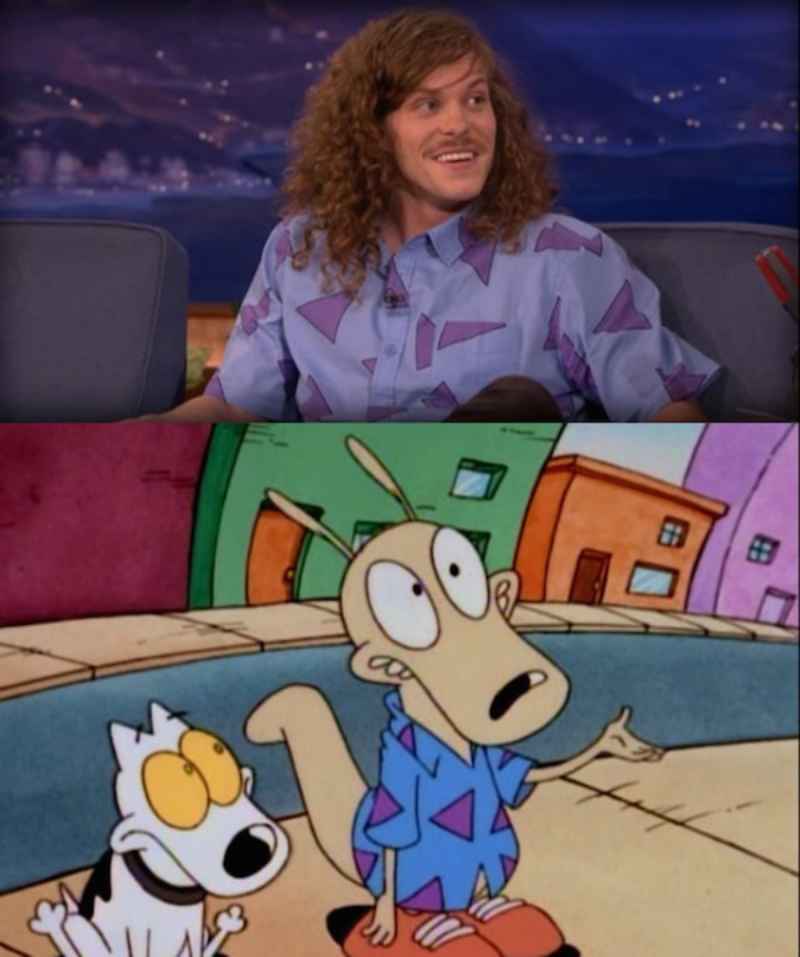 Blake Anderson has been known as a very funny guy in real life. This is the reason why he has been a very popular stand-up comedian. He has been always known for wearing funny outfits. But in one such instance, he was wearing something almost similar to "Rocko's Modern Life". 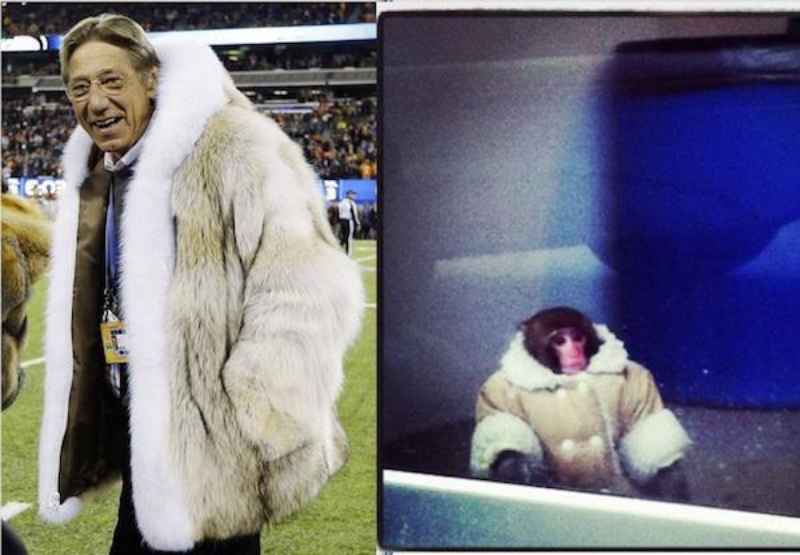 Joe Namath is most popularly known as the best ex-NFL player. He is now a very famous television personality and is still loved by the audience. His dressing style has always been said to the best, but in one rare situation at an event, his dressing was compared to the photo of a monkey wearing the same huge coat which he wore.

Popular actress Lena Dunham is known for her memorable roles on screen. She has been a recipient of many awards. Critics, media and the press have always described her as a figure with the best dressing style but a few months ago, she did a very strange hairstyle which was compared to the photo of a cat who was wearing a hat made from some fruit.

Cara Delevigne is a very famous actress, model, and singer. She has also been a recipient of the British Fashion Awards in 2012 and 2014. Since Cara has been a part of the fashion industry, it is hard to believe that even she wore a strange dress at an event, but it's true. In one such situation, she wore something that was completely compared to the dress of Pope.

16. Another one from Kim 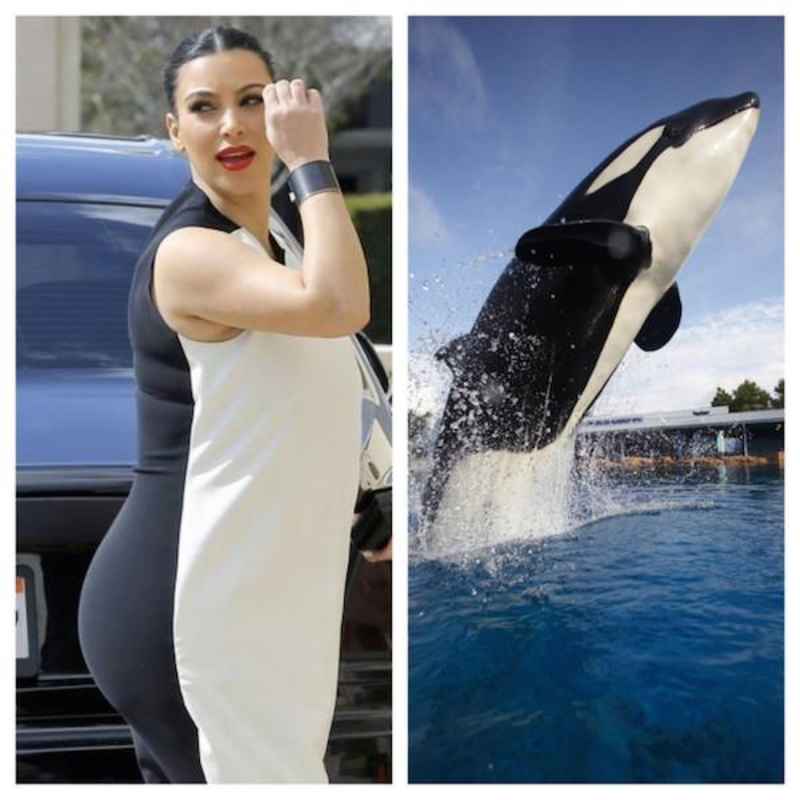 Here’s another really good example of Kim Kardashian breaking the fashion world with this odd two-tone dress, which was obviously inspired by a killer whale.