Interesting Roles By Famous Actors Before They Hit Stardom 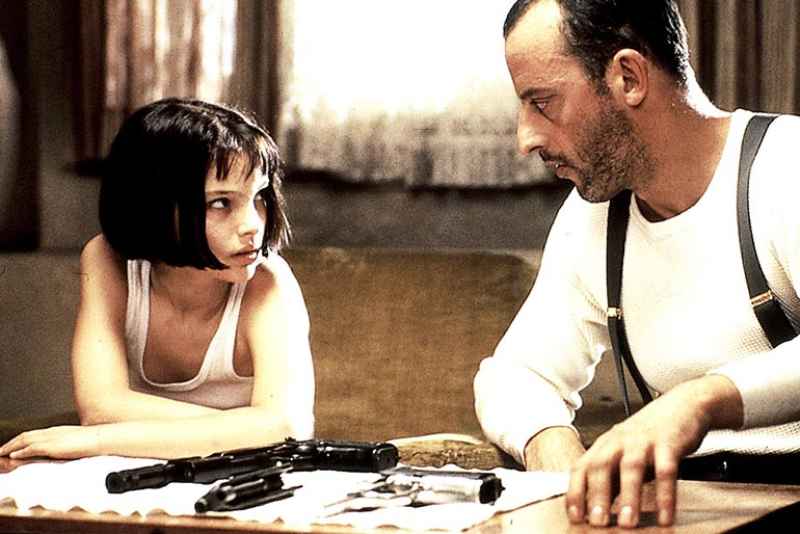 We all love to stalk, imitate and follow our favorite celebrities on the social media. Their glamorous lifestyle is something that everyone dreams to achieve, but behind all of the luxury and the stardom there is always an untold story to be told.

Nobody becomes a star overnight; there is grit and determination along with hard work. You will be amazed to know that some of the famous movie stars were mere extras before they became global sensations. Let’s check out what their not-so-illustrious body of work looked like and get inspired to passionately follow our dreams. 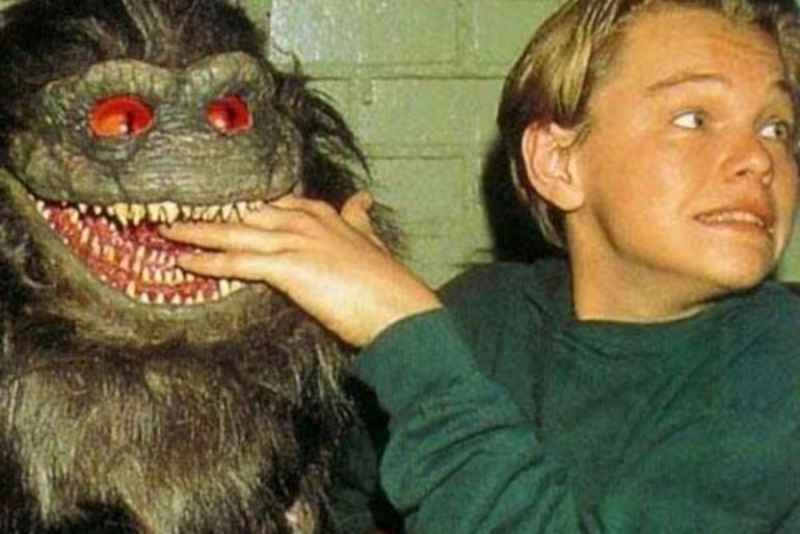 Yes the charming Jack from Titanic who catapulted to fame was once a junior artist. He started off with a cringe horror flick ‘Critters’, this is one embarrassing debut as a teen. Even as the world went wild over him with his critically acclaimed films like ‘The Wolf of the Wall Street’ and ‘The Aviator’, he still had to wait decades to win the prestigious Academy Award for the ‘The Revenant’ in 2016.

Leonardo’s story is like a roller coaster ride; he dipped into failures and basked in success with panache. It will only take a trip to nostalgia for him to sign ‘Critters 5’ for another squirmy binge fest. 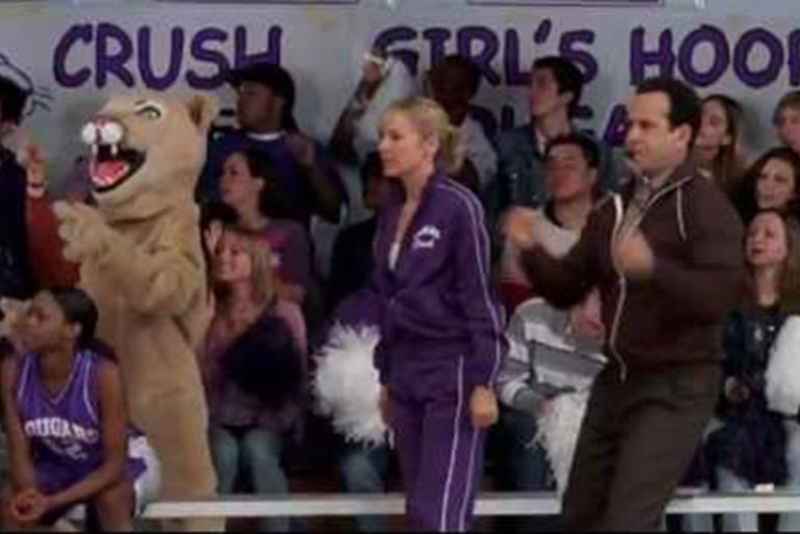 “Even as far back as when I started acting at 14, I know I've never considered a failure.”

Brave words coming in from a teen who had to do a cameo in ‘Monk’ episode wearing a sweaty mascot costume. Her role was precise for 45 seconds and when you think of it, she actually managed to grab the coveted ‘Mystique’ role in X-Men. From being the fearless Katniss Everdeen in ‘The Hunger Games’ to essaying a critic worthy role in ‘Mother’, she went on to win an Academy Award.

Now being polarized as among the 100 Most Influential People in the World, Jennifer wouldn’t have thought that her 15 seconds of discomforting fame which she so bragged about being actually the golden ticket to success. 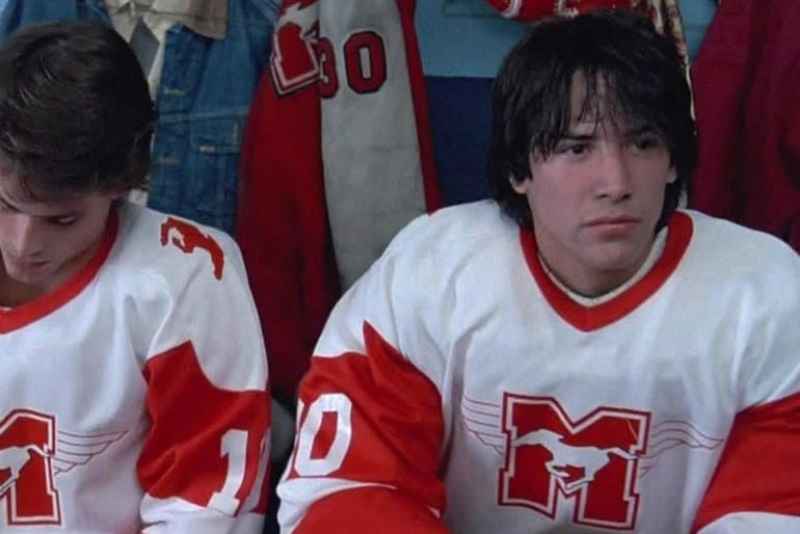 Hollywood’s lonely heartthrob Keanu Reeves started off his career learning acting skills under Rob Lowe and Patrick Swayze. Although his big break was the ‘Matrix’ he had to confine himself into a measly role of being an ice hockey player in ‘Youngblood’. But it garnered enough attention, his charming looks and screen presence made him a star for producers instantly.

Down the years he went on to work in mind-blowing roles and has made a name for himself among the elite. Although a recluse, he still rules the hearts and the box office. 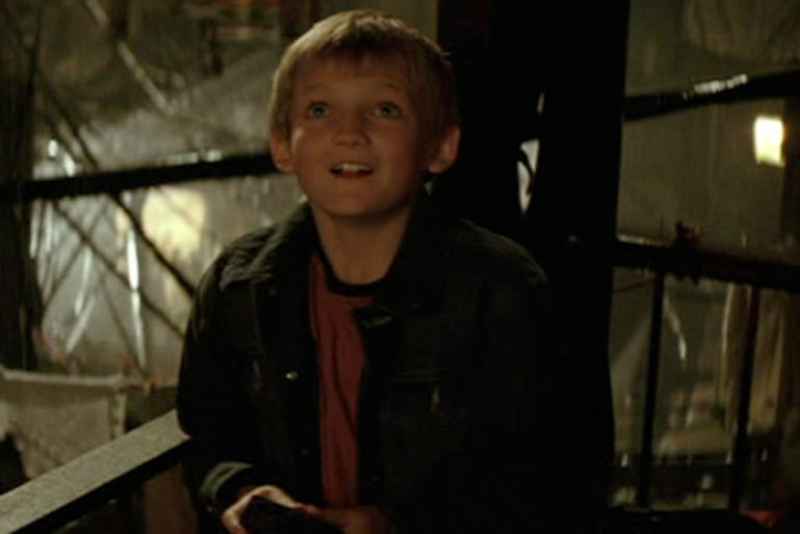 Imagine your biggest fan moment turning into the life changing path of your career. Well, that is what happened to Gleeson when he was twelve, you would have then said Jack? Who? But the most celebrated villain of the web series Game of Thrones played a teen fan in ‘Batman Begins’. The role was brief but significant enough to become a meme fest on the internet.

This awe struck kid grew up to play King Joffrey of Westeros, his character has by far been menacing and memorable in the epic series that captivated the world in this century. 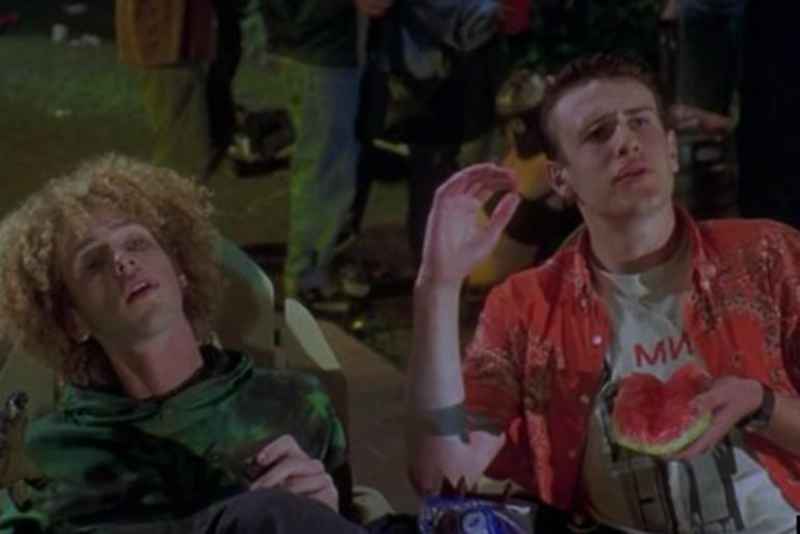 He could easily be the eternal brand face for wild frat parties and teenage horror flicks. Jason Segel’s comic timing in his debut ‘Can’t Hardly Wait’ earned him the prominent role in hit series ‘How I Met your Mother’. He strikes you as the boy-next-door who you can effortlessly relate with. Very few actors can hold the audience without six packs and hunky looks.

His boyish charm and witty sense of humor are the qualities female fans die for, he has earned himself the cult favorite status with dark comedies and romantic jumbles. 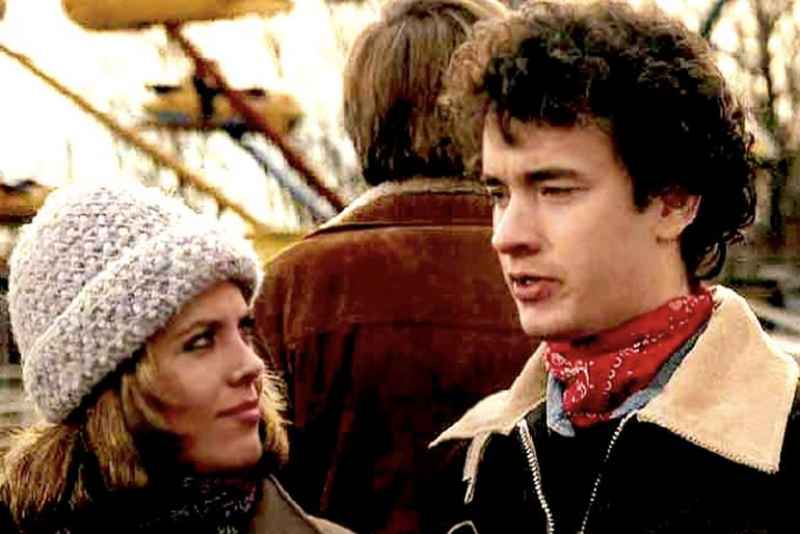 Who can imagine that Hollywood’s favorite ‘Gummp’ started his movie career with a horror flick. Tom Hanks turns every role on screen into a whimsical journey, right upto his Oscar winning performance. But when young he was actually supposed to be a dead secondary character in the slasher flick ‘He Knows You are Alone’. The makers of the film noticed his acting chops and decided to extend his character to lure the audience into the theatres.

Thus began the passion to achieve the best even under pressure. The celebrated actor went on to win two Academy Awards for his excellent portrayal of characters on screen.

She bears stark resemblance to Millie Bobbie Brown from the cult sci-fi series ‘Stranger Things’. Natalie Portman was destined to be a chilling child artist in the movie Leon: The Professional. She chose to act with elan in a movie that would otherwise give goosebumps even to adult actors. Playing the partial love interest to a hitman, toying with guns and smoking cigarettes seemed like child’s play for her.

She proved her mettle as an established actress at the age of twelve, as they say ‘Hollywood starts them young’. 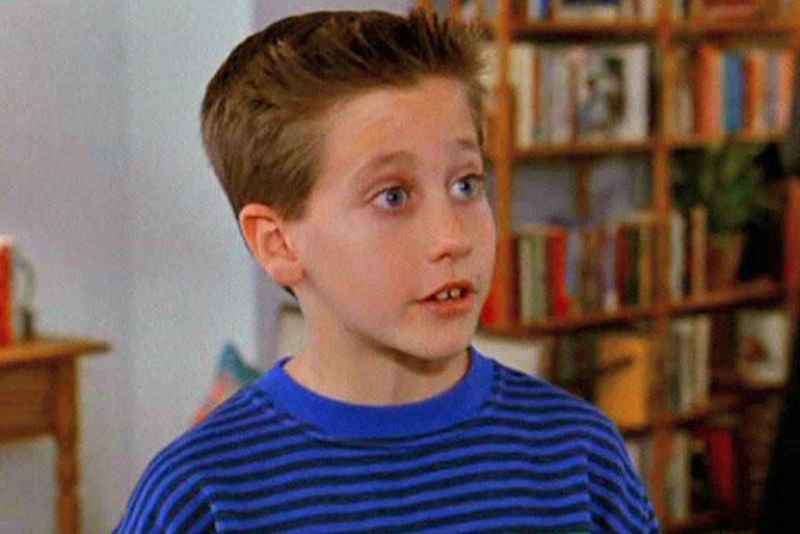 Comedy was certainly not his forte even as he began his career with ‘City Slickers’ at the age of ten. His parents clearly envisioned him to become an educated individual before his return to the big screen. He thus grew up into a normal childhood and not under the shiny camera lights. School polished him to take the right decisions even though he came from a family of renowned filmmakers.

He went on to win the Bafta Award for a supporting role in ‘Brokeback Mountain’, his performing skills shone through multiple roles. 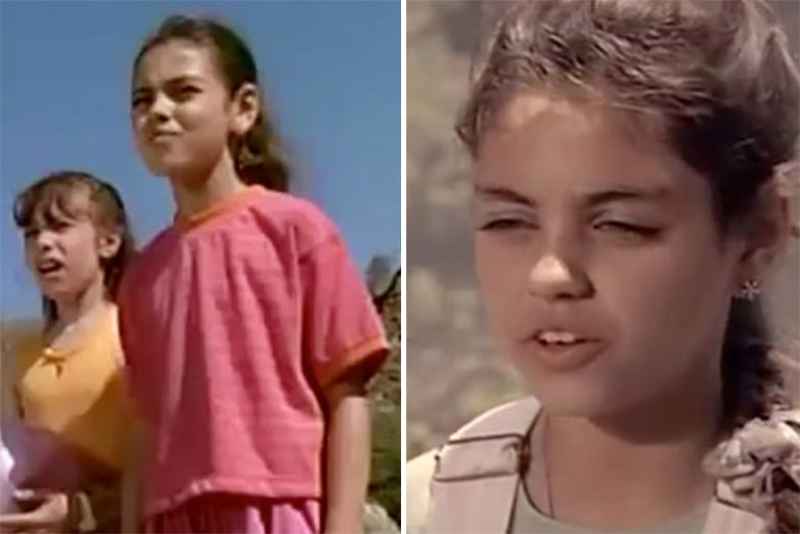 Before your neighborhood gyms and hot yoga classes there was the cult fitness series ‘Baywatch’. Although it involved around rescuing hapless citizens from the ocean, the ‘Baywatchers’ or lifeguards became a rage with their tight costumes and sex god appeal figures. In comes the coy Mila Kunis at the age of nine to play the role of an observant girl who alerts the lifeguards about potential peril in the waters.

Her coquettish on screen presence in an adult series was caught by the camera. She went on to achieve fame through popular rom coms and sitcoms. 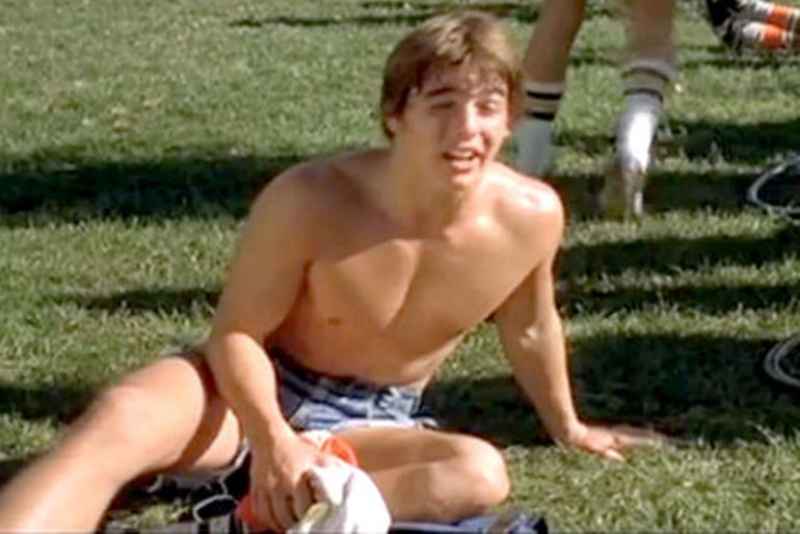 The latest from his daredevilry acts is that he is planning to shoot live in space with Elon Musk. But the handsome actor Tom Cruise didn’t have the desired beginning in the film industry. He opted to perform a rather flimsy role in ‘Endless Love’ where he acted as a troubled teen albeit with a drop dead gorgeous body. The 80s debut wasn’t exactly a sensational earning, he later turned to be the most bankable actor in Hollywood.

Turning into a successful producer, he has broadened his horizon in the movie business, this Golden Globe award winning actor now commands a loyal international fan following. 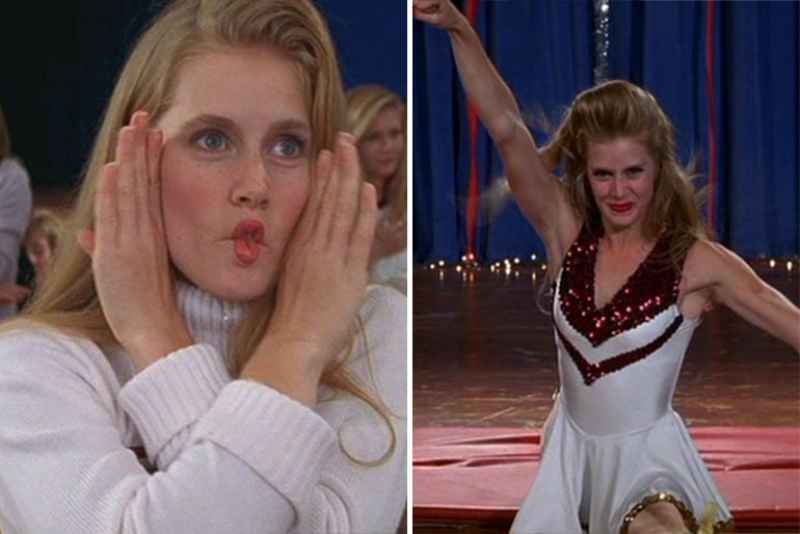 'I thought, if I can’t figure this out, I can’t work any more'

The perils of being a glamorous actress in Hollywood soon caught up with Amy Adams and she poured her heart out in interviews regarding sexism and papparazi culture. Not to mention her first role was sexist enough as she tried to woo the judges of a beauty pageant in the movie ‘Drop Dead Gorgeous’. Maintaining an impeccable track record with critic worthy roles and six time nominations for the Academy awards she remains to be the most underrated actress.

After a long hiatus and some self introspection she is back to chill the audiences with her jaw dropping act in ‘The Woman in the Window’. 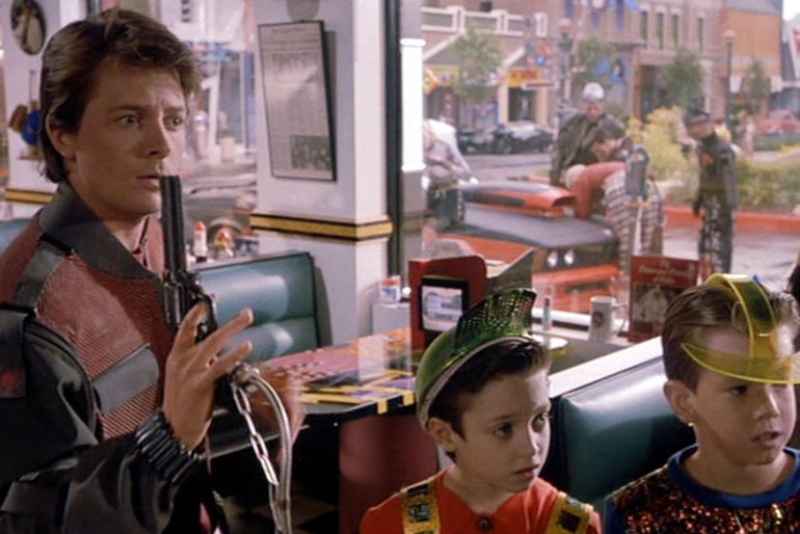 He has already been part of the iconic series whether it is ‘Back to the Future’ or the sword welding dwarf epic ‘The Hobbit’. But this cherub faced genius had a rather common start as a video game playing boy in the future inspired flick. His rather insignificant role will still be remembered till ages to come since the sci-fi fiction gained steadfast fans around the world.

The little boy blue went on to save the universe in a heroic battle drama between the seen and the unseen worlds. ‘The Hobbit’ spanned a decade and ruled the roost at the box office, making him an instant global face. 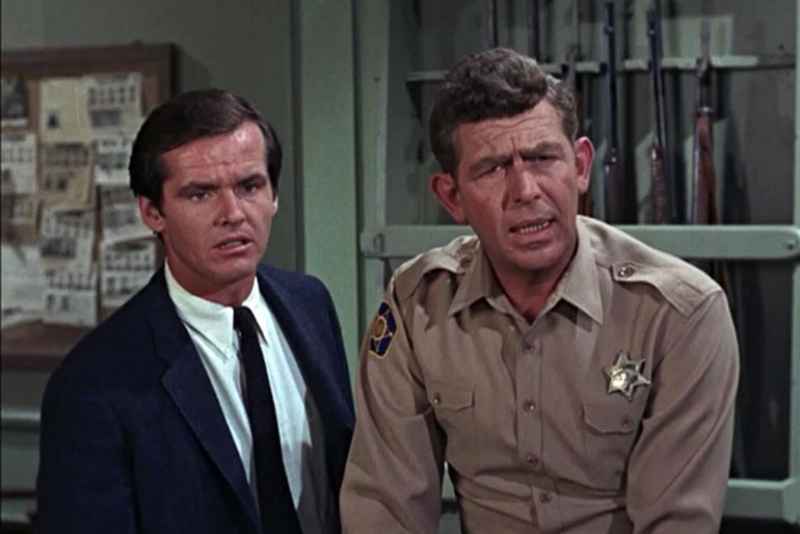 I've been too many places. I'm like the bad penny. True to his words, Jack Nicholson has seen more failures than success in his career. His insignificant parts in series and movies remained largely unnoticed until he won the Academy award for ‘ As Good as it Gets’. A miniscule screen time in the ‘Andy Griffith Show’ was neither his first nor last.

His sheer hard work paid off with ‘One Flew Over the Cuckoo’s Nest’, it earned him another Academy award, catapulting him into fame and recognition. 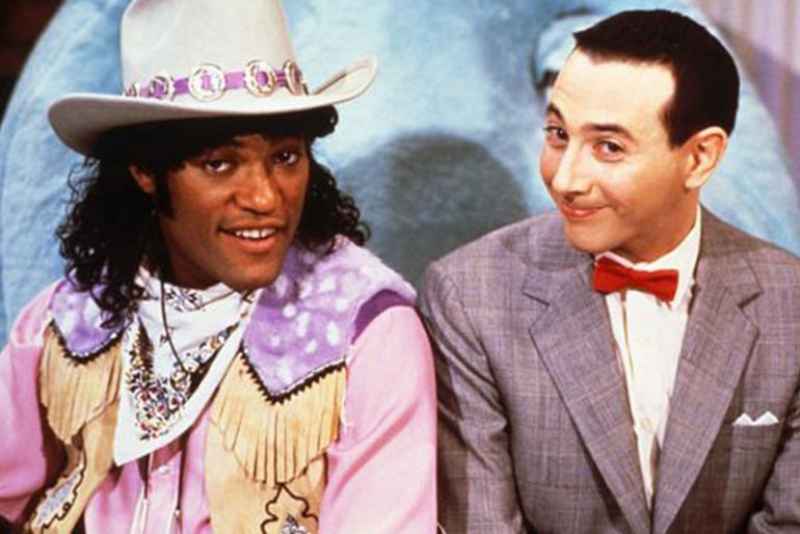 We all get a bit embarrassed when Tele Tubbies plays on the channel, it is a show which kids love to watch on repeat. Sadly the origins of this illustrious actor was from a rainbow throwing and cute camper childrens programme. Who knew decades later he would be an action sensation with ‘The Matrix’, now it is learned that he is going to scorch the screens in an action thriller ‘The Blacksmith’.

His humble beginning from ‘Pee-Wee’s Playhouse’ became the solid foundation for a unbeaten stint in Hollywood. 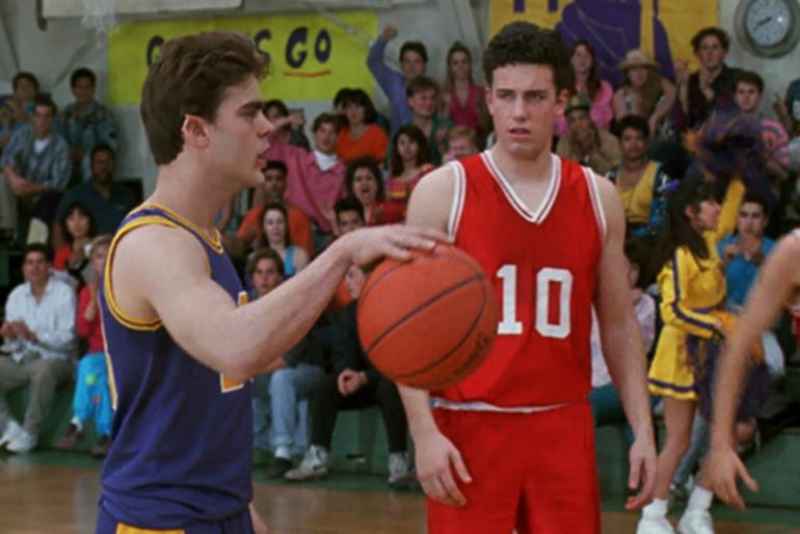 And that is exactly what the credits did to his role in ‘Buffy the Vampire Slayer’. Mind you before the diamond studded vampire in ‘Twilight’, this show was the only source of teen comfort for the 90s kid. But we cannot see a whimpy Ben Affleck flee off the basketball court, this is the same actor who later glorified the role of Batman in ‘Batman Vs Superman’. Guess we all learn from our mistakes and Ben certainly didn’t chose weak roles in the future.

After critically acclaimed ‘Good Will Hunting’ and psychological drama ‘Gone Girl’ the actor has played every part to the perfection. 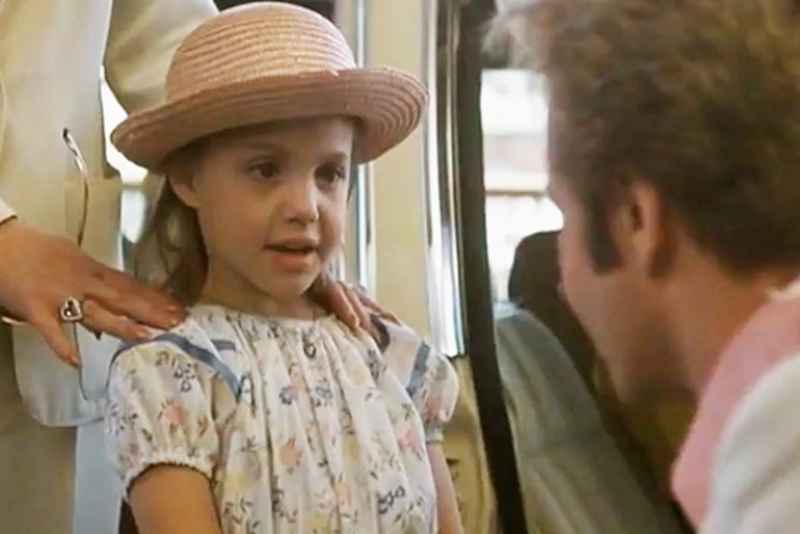 The whole world worships this actress who possesses Greek goddess looks. She learnt it young from her actor parent, being the child of Hollywood legend John Voight certainly had its perks. You can say nepotism made Angelina Jolie a child artist at mere six years of age, he father chose her over many other kids for a role in ‘Lookin to Get Out’.

Decades later she went on to win the Academy award for ‘Girl, Interrupted’. One cannot forget her daredevilry roles in ‘Tomb Raider’, she remains to be the most coveted actress of our times. 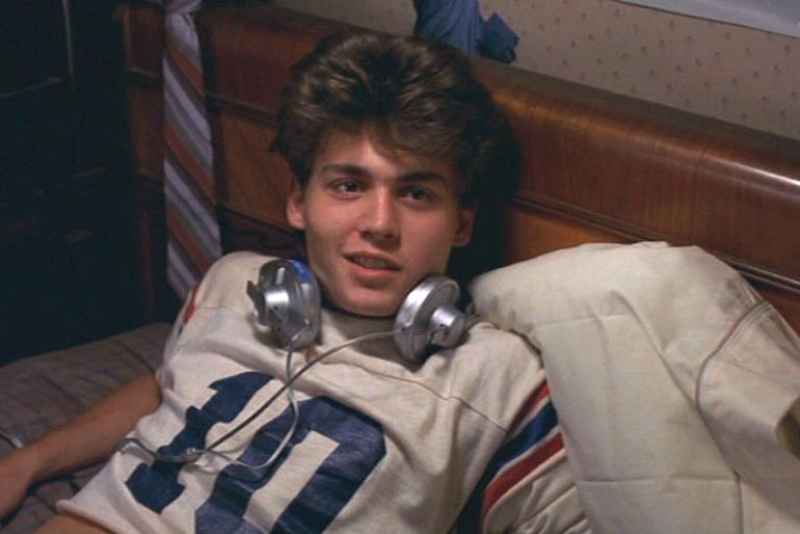 No one can forget the scary iconic scene from ‘Nightmare on the Elm Street’ where a young Johnny gets sucked into his water bed by Freddy and his blood splatter all over the bedroom ceiling. You probably love slasher flicks and Halloween scream movies as a teen, this cult classic has given plenty of sleepless nights to millions of teens across the world. The boyish charm of Depp cannot be ignored, even when the script turns grim.

He has been entertaining with versatile roles ever since and his representation of ‘Captain Jack Sparrow’ in ‘Pirates of the Caribbean’ goes down history. 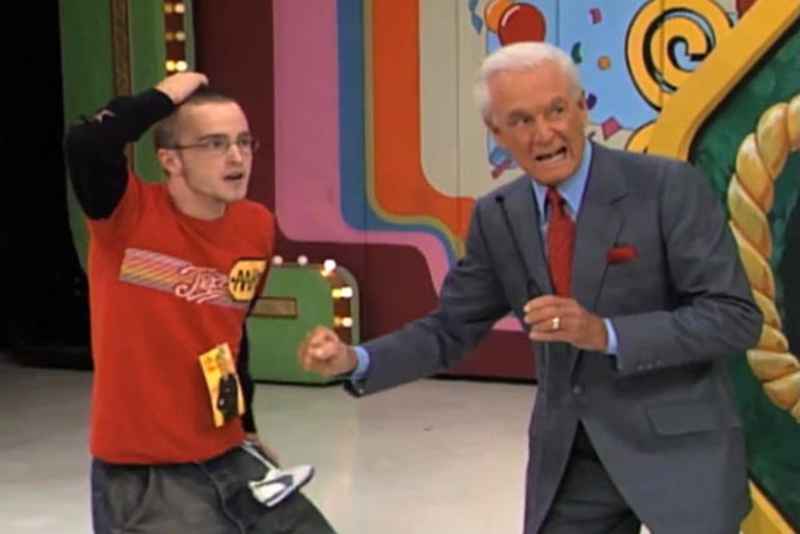 Who knew the awkwardly betting teen in a game show would in the future play a mind numbing role in ‘Breaking Bad’? Aaron Paul probably never guessed that his small stint in the game series ‘The Price is Right’ will make him a household name. Barely of 21 years his face plastered all over the screen when he gets disappointed for losing big in the game.

Later he would ace the character Jesse Pinkman and win several accolades including the Critics Choice Television Awards.