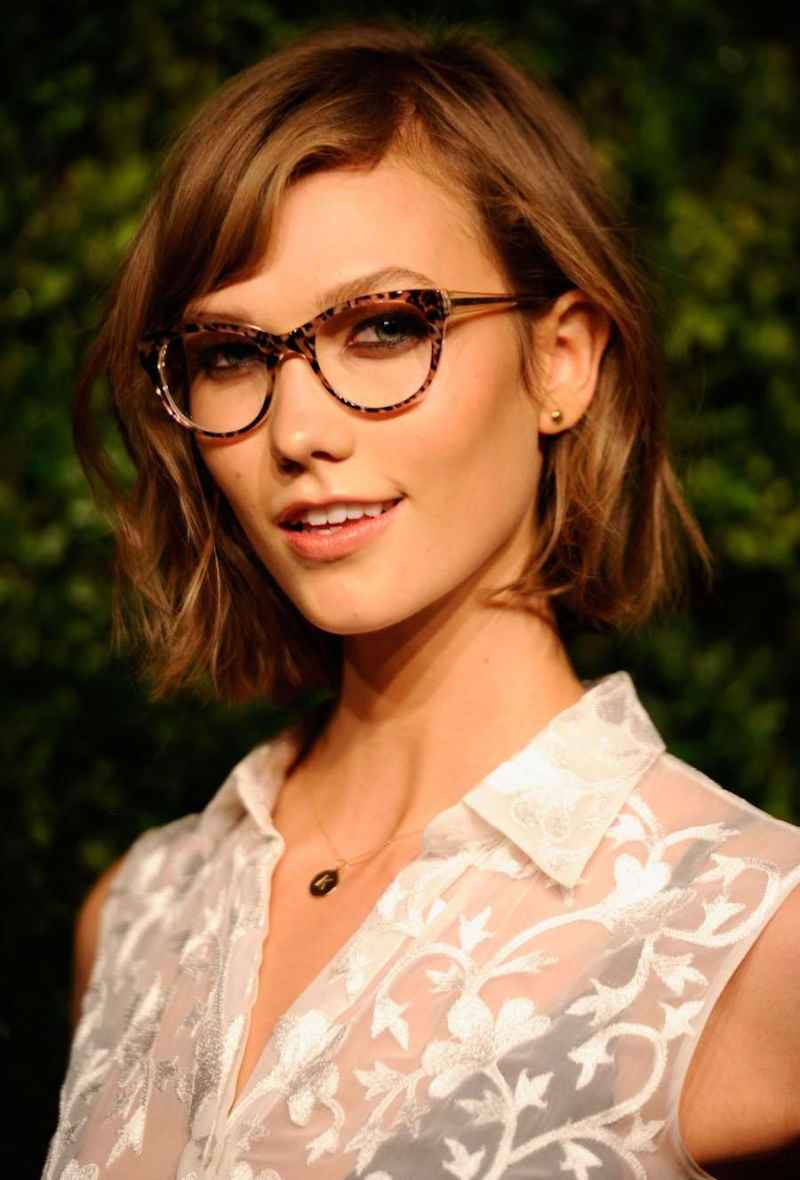 The theory behind wearing glasses is different for everyone. Usually, the most mature people who know the things going on in this world would say that the person has some problems with these eyes. But it is completely different outside the real world. In the movies and TV series, glasses are worn by those who are smart, intelligent, and nerdy. Those characters are always loved by the audience. So, here are a few celebrities who wear glasses in real life -

American fashion model Karlie Kloss was declared as one of the top 30 models of the 2000s by Vogue Paris when she was just 17 years old. She is popular mainly for her panther-like walk. Recently, one of her photos where she was wearing tortoiseshell glasses went viral where she was looking quite cool. 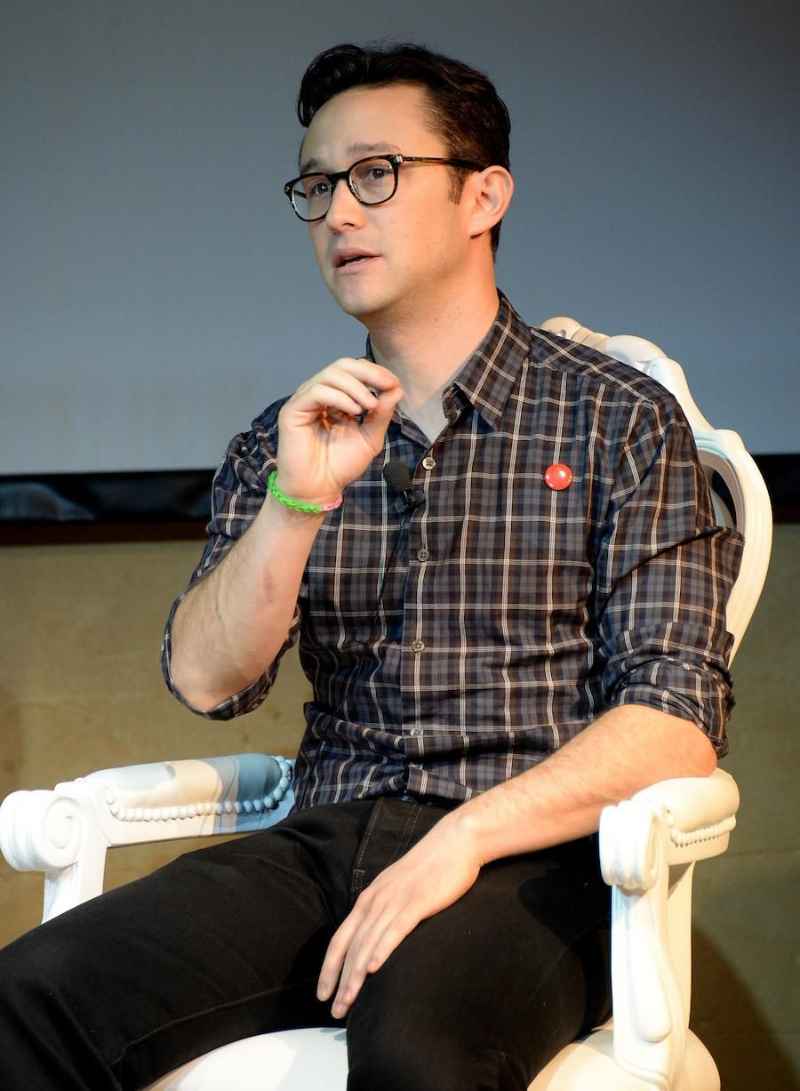 Joseph Gordon Levitt used to wear IRL glasses since he worked as a child star on Third Rock on the Sun. He once took a break from acting to pursue his studies at Columbia University but his passion for acting forced him to drop out and continue his acting career once again. 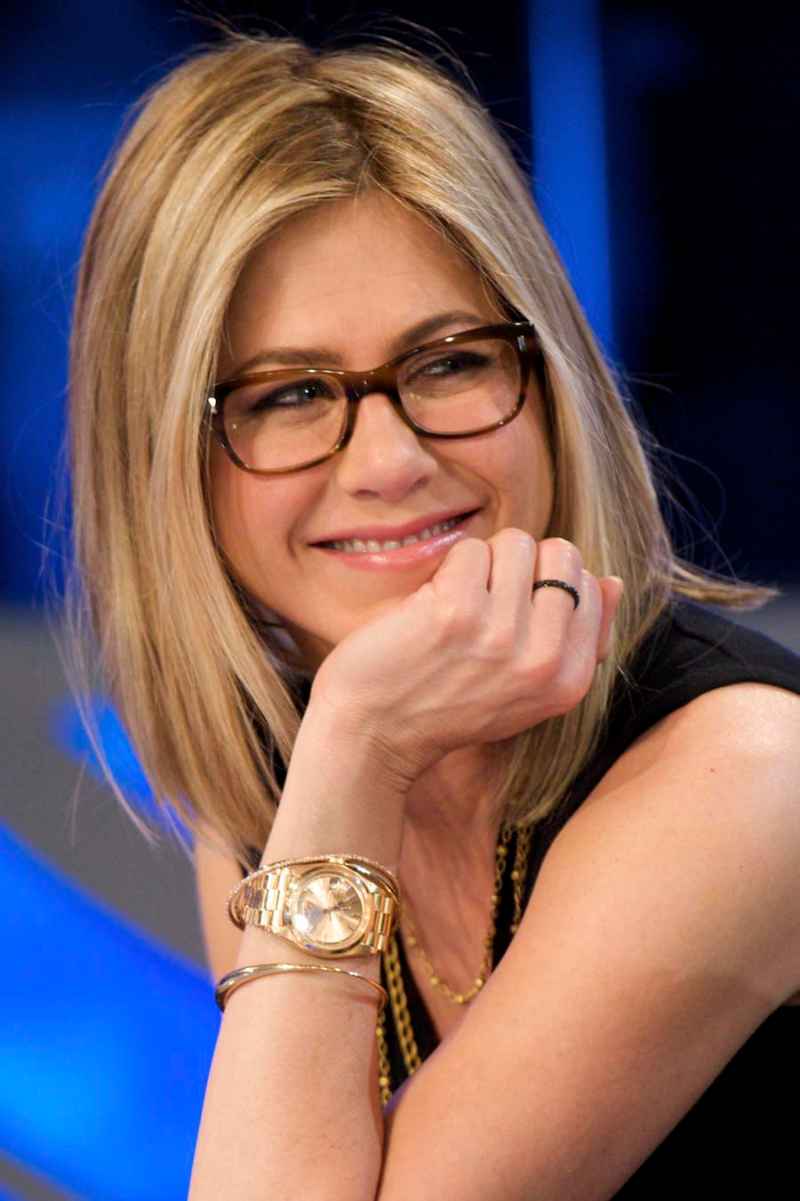 Jennifer Aniston has once posed for a photo by wearing glasses. The glasses had a black colored ensemble and a bob which was long and highlighted. The photo has defined her style. She is the daughter of famous actors John Aniston and Nancy Dow. She made her debut through "Mac and Me" released in 1987 by playing an uncredited role. 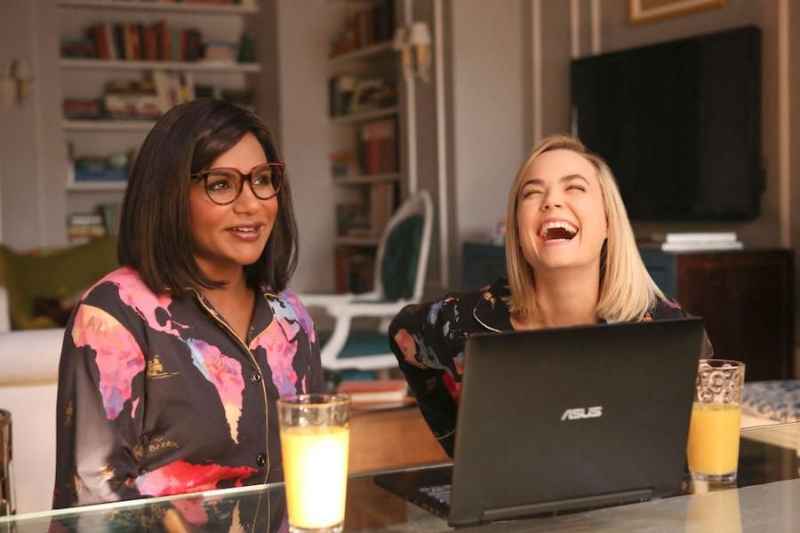 Mindy Kaling has a habit of wearing glasses for each role she plays on television. Her characters are now popular among the audience. She normally wears oversized spectacles. Mindy gained fame and worldwide recognition for her role as Kelly Kapoor in the famous sitcom "The Office" from 2005 to 2013. 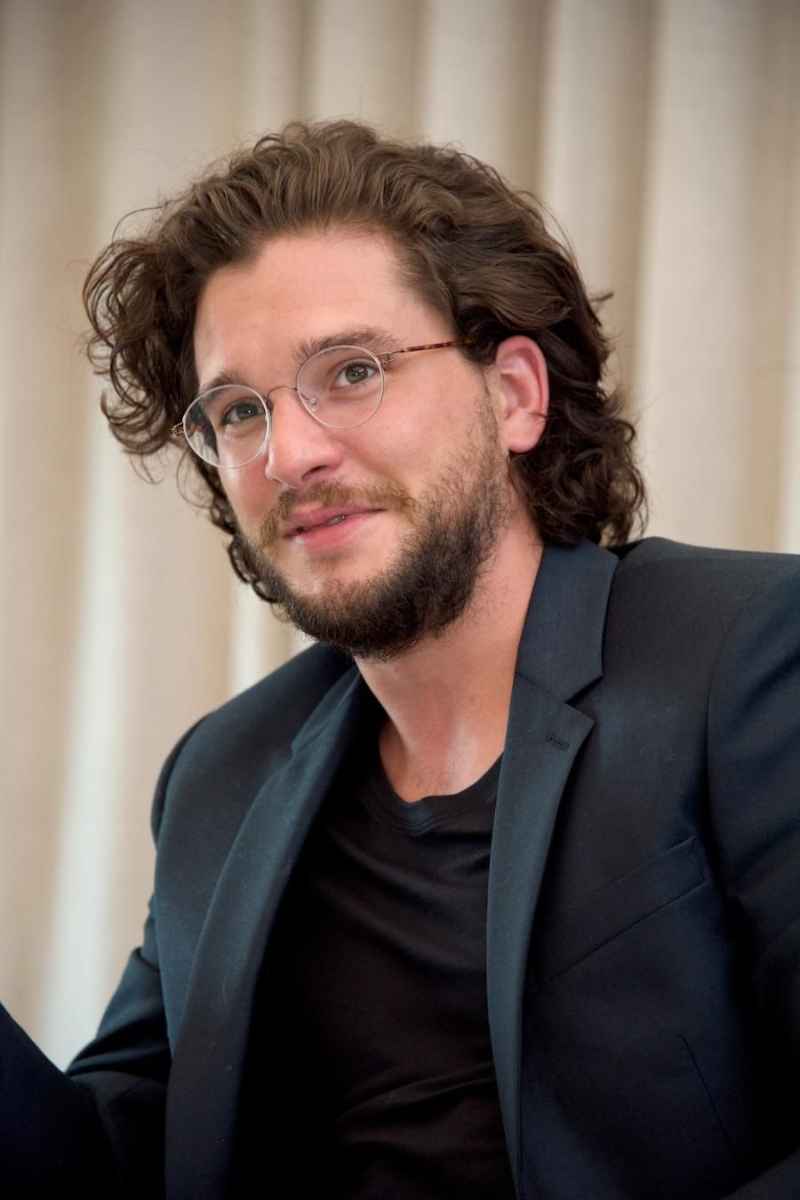 Kit Harington started his acting career in the famous West End play "War Horse" at the National Theatre where he played the lead role of Albert Narracott. He later gained popularity by appearing as Jon Snow in the critically acclaimed series "Game of Thrones". In real life, he wears glasses due to eye problems but his photos with those glasses are liked by his fans and followers. 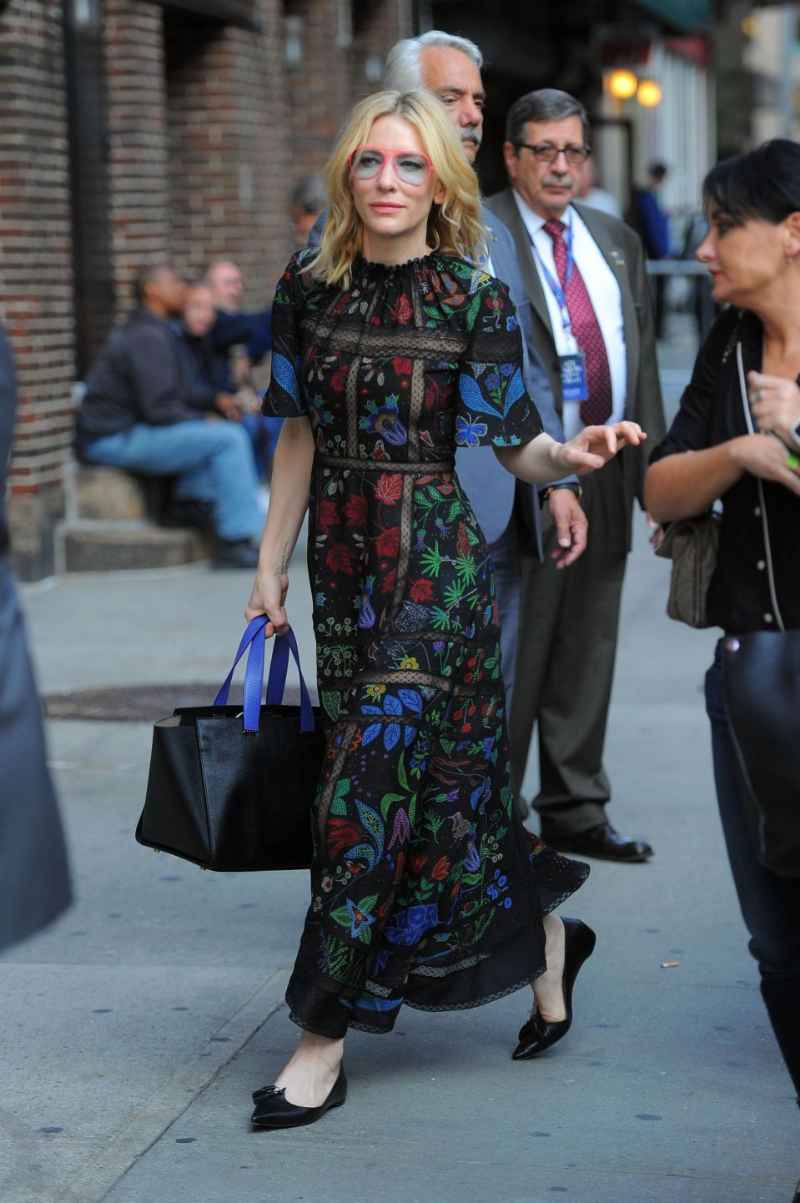 Cate Blanchett is one of the most famous and successful actresses from Australia. She has been a recipient of the British Academy Film Awards, Academy Awards, and Golden Globe Awards. Aviators normally don't suit everyone but the pink aviator perfectly matches the personality of Cate Blanchett. 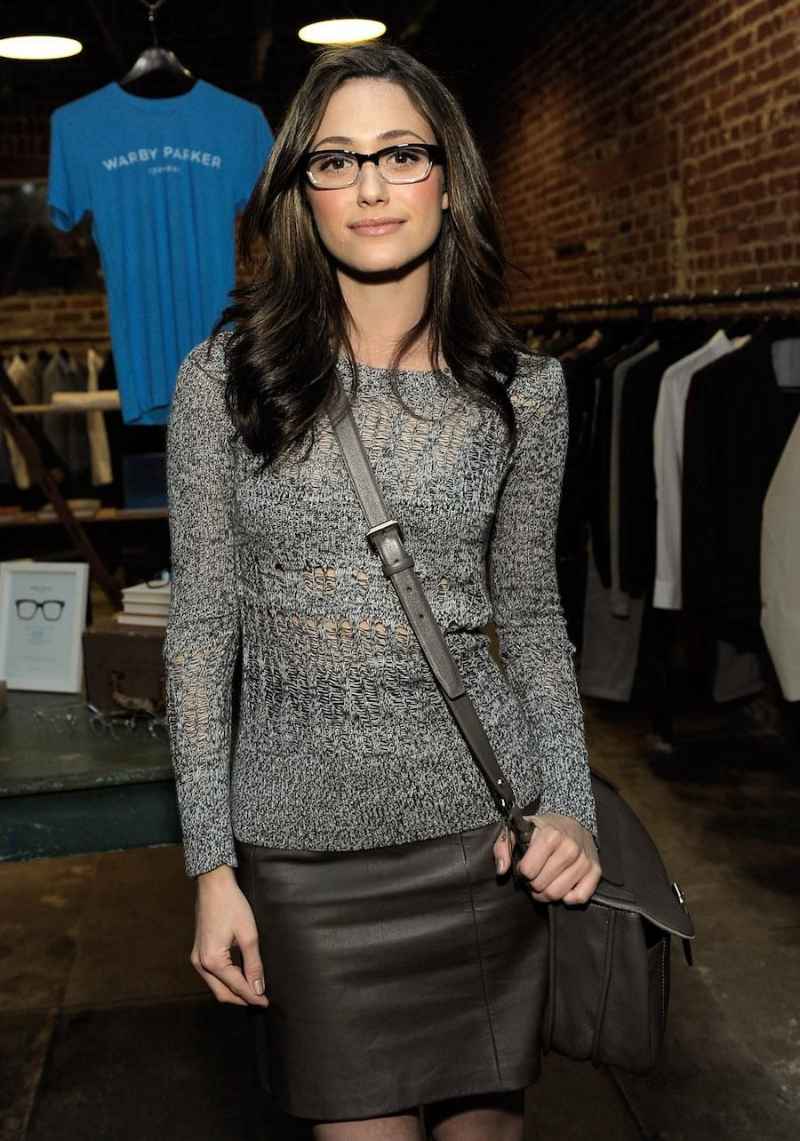 Emmy Rossum and her pictures on social media are very popular among her fans. She normally wears thick rectangular frames with Rossum's monochromatic ensemble. She is famous mainly for her appearance as Fiona Gallagher in the popular TV series "Shameless" 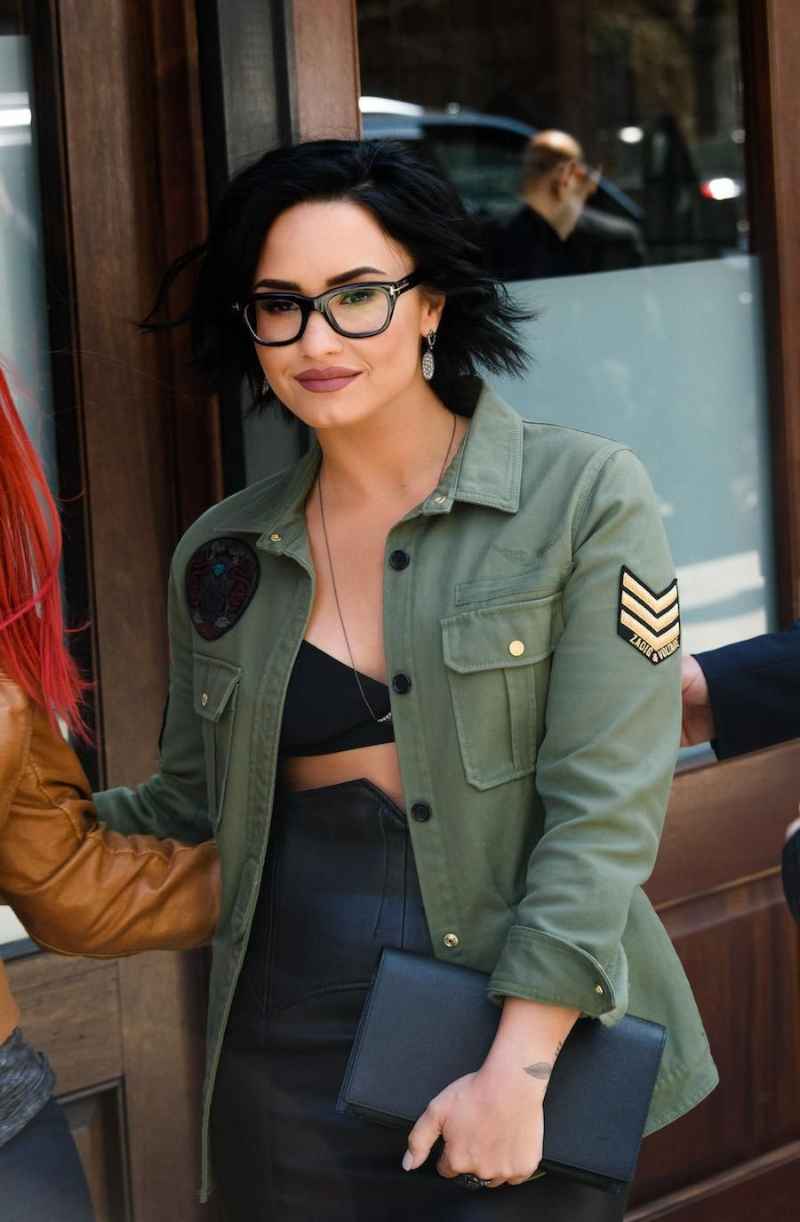 Demi Lovato and her tracks are loved by the audience. One of her pictures was loved by her fans where she was wearing black frames with a leather pencil skirt and a military jacket. It has been termed as one of her coolest pictures. She initially got fame after her appearance as Mitchie Torres in "Camp Rock" released in 2008 which was a musical television film of Disney Channel. Andy Samberg is a member of "The Lonely Island" which is a comedy music group. He was also a part of the comedy show "Saturday Night Live" from 2005 to 2012. He has also been a recipient of the Golden Globe Award for Best Actor in 2014. His pictures with glasses have always created a buzz among his fans and audience. Courtney Cox is a part of the all-female tribute band "The Iron Maidens" where she is a guitarist. She has gone on different tours and performed with people like Jon Anderson and Andrew Belew. Courtney has been always seen wearing glasses when she is outside the red carpet. She can be usually seen with the square, dark frames. 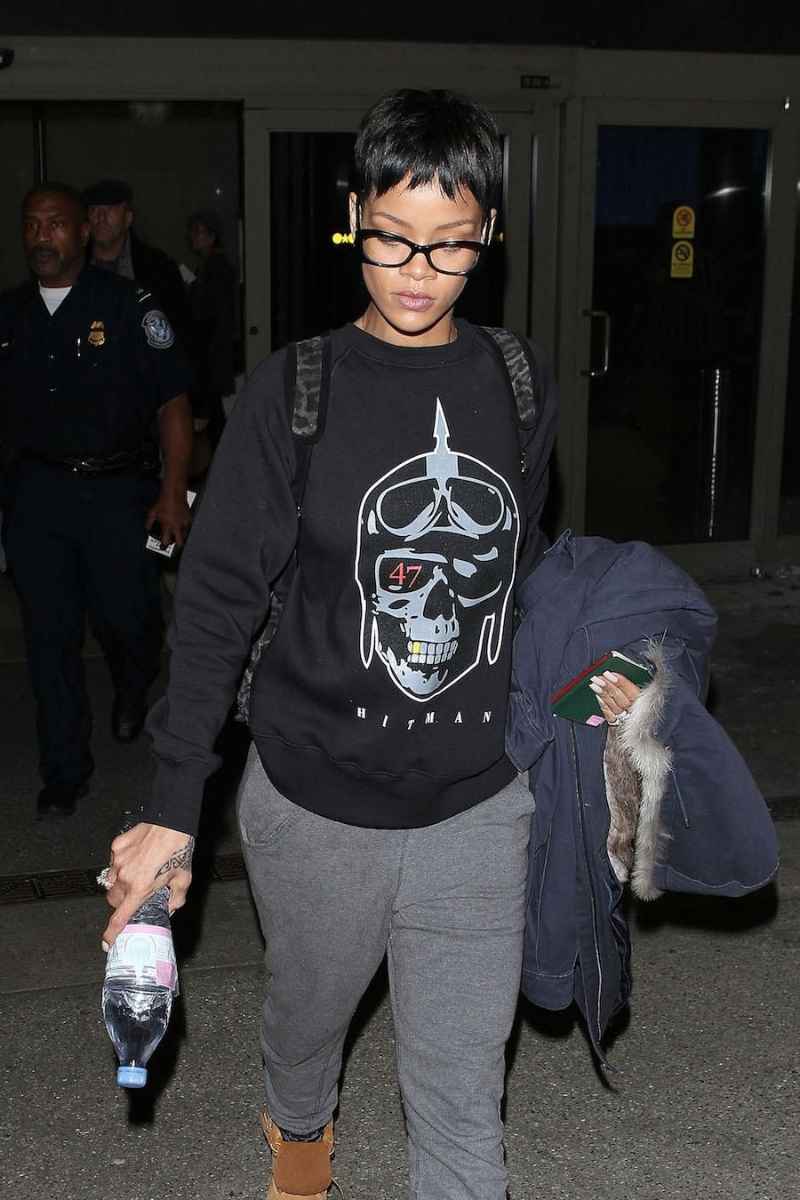 Rihanna is undoubtedly one of the most established singers and songwriters of Hollywood. Being the owner of a big empire, she has delivered back to back hits and her singles always make it to the list of Billboard. Her photos at the airport with glasses can be normally seen on social media which provides her quite a glamorous look. 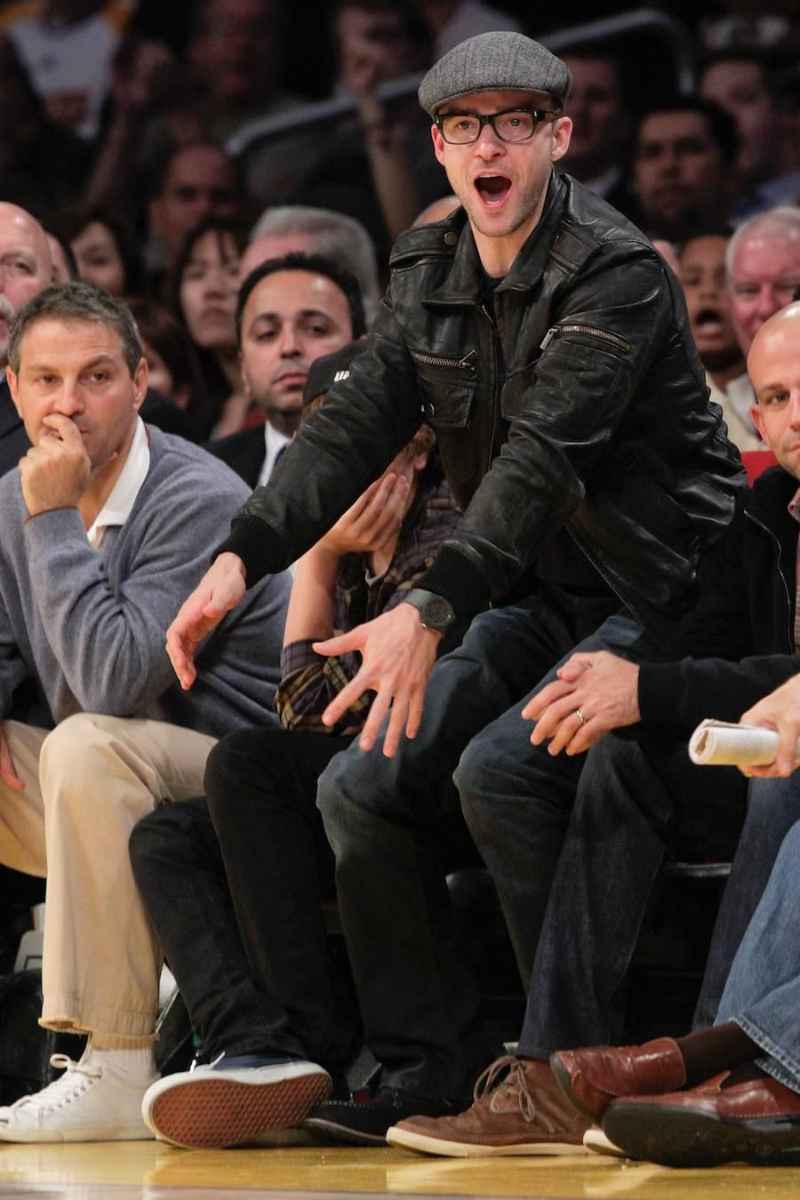 Justin Timberlake gained fame as the lead vocalist and a member of NSYNC at a very young age. He has been a recipient of Grammy Awards for his single song "Cry Me a River" from the solo album "Justified" released in 2002. His pictures wearing glasses normally go viral every time and he looks very stylish in those photos. 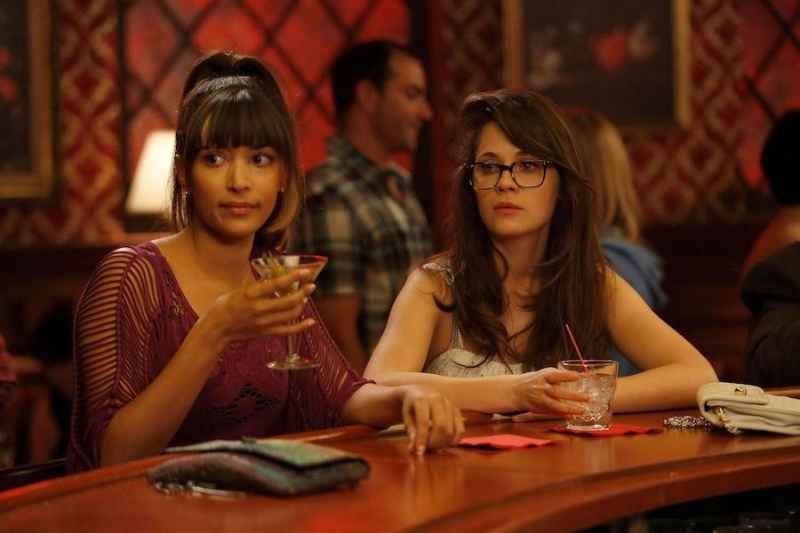 Zooey Deschanel and her picture where she was wearing square frames most recently went viral and was loved by her fans. She was first seen in "Mumford" released in 1999 and later gained fame after her appearance as Jessica Day in the very popular sitcom "New Girl" from 2011 to 2018. 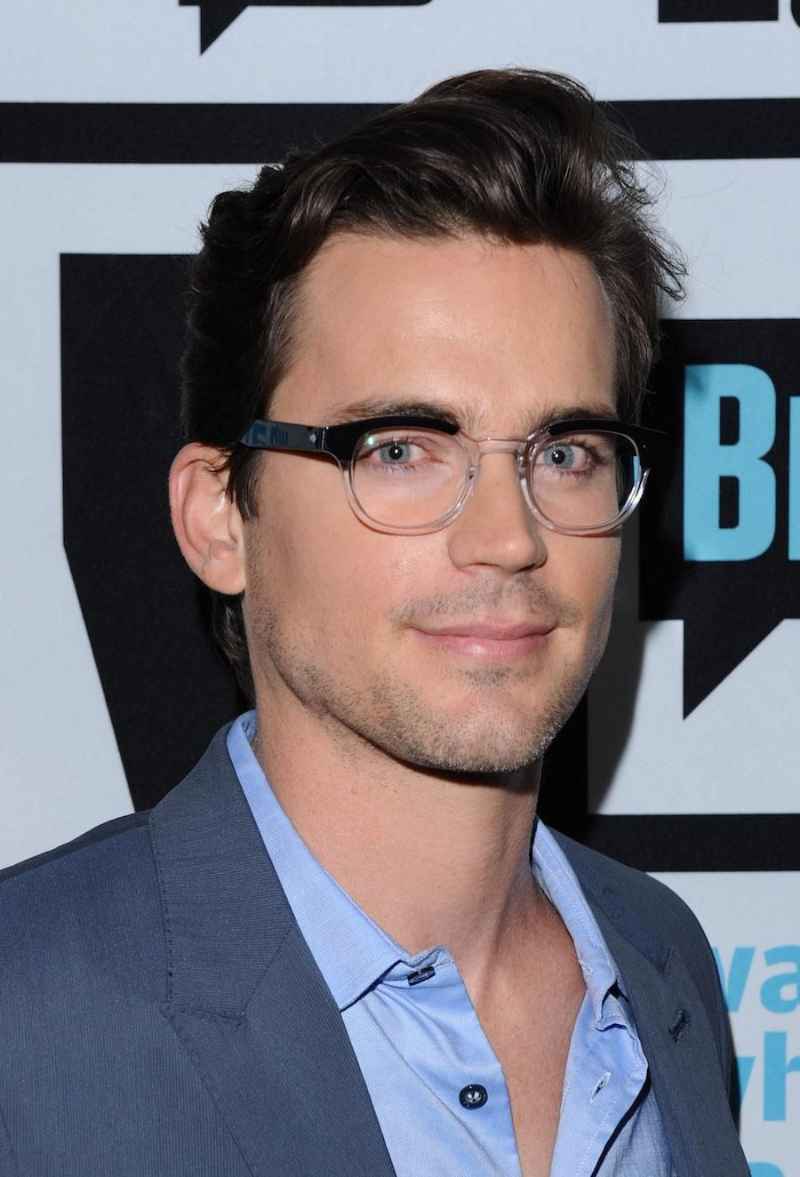 Matt Bomer made his debut with the longest-running soap opera "All My Children" in the year 2000. His first film as a lead actor was Flightplan released in 2005 and later received fame after his appearance in the popular TV series "Chuck". His habit of wearing glasses has made him quite famous mainly because of his blue eyes. 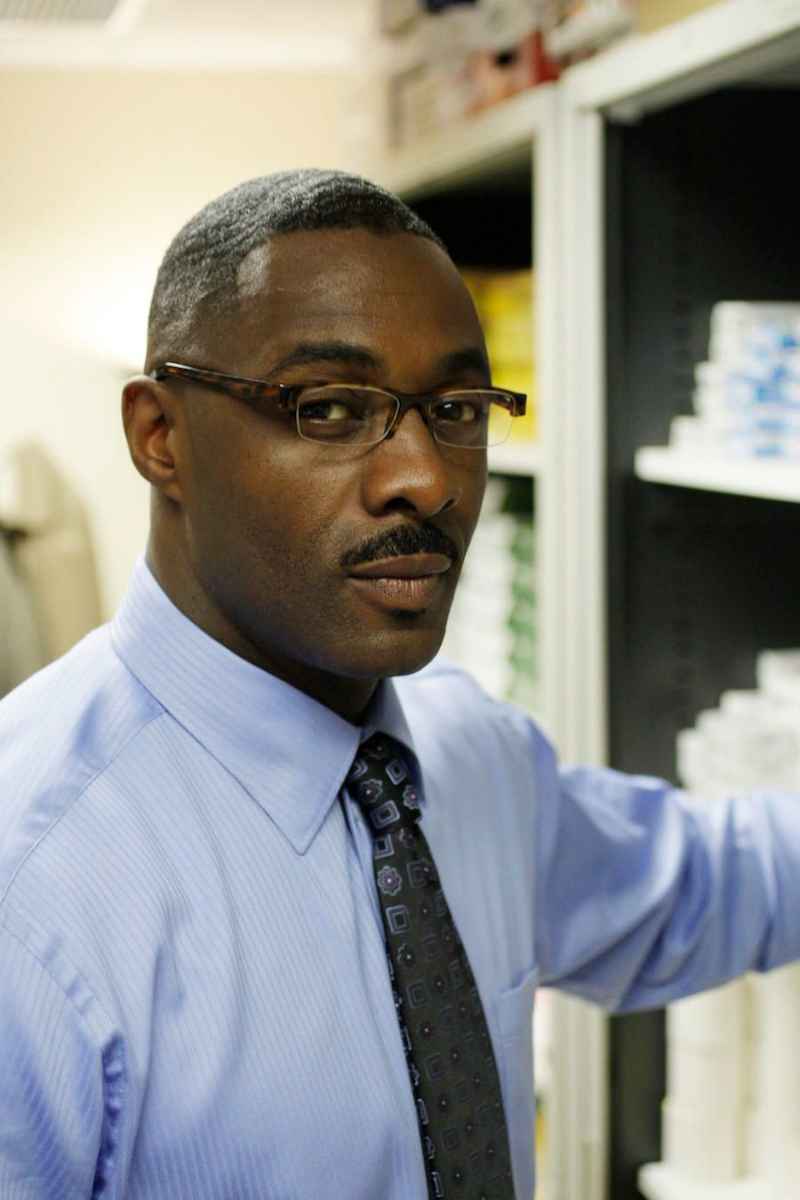 Idris Elba recently appeared as the antagonist Brixton Lore in "Hobbs & Shaw" which was a spin-off of the "Fast & Furious" franchise. He had been famous for his role as Stringer Bell in the popular TV series "The Wire". His character as Charles Miner in the famous TV series "The Office" was widely appreciated mainly because of his look where he was wearing skinny frames.