THE MYSTERY OF GIOCONDA’S EARLY VERSIONS 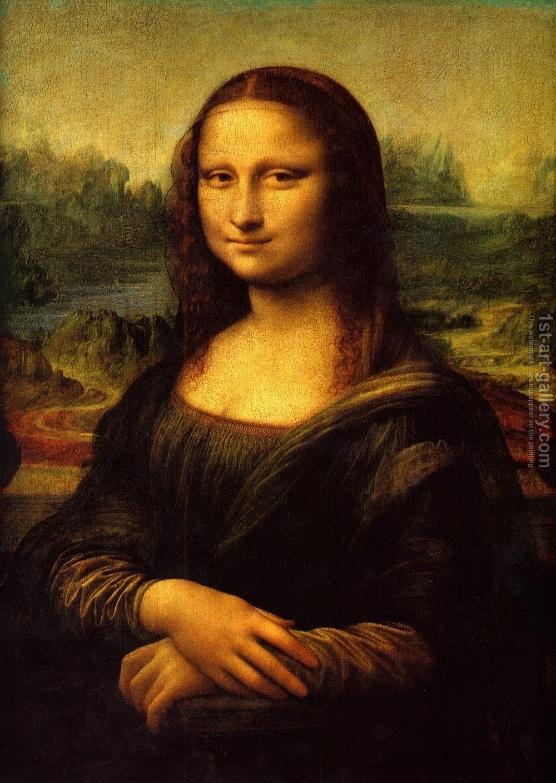 La Gioconda, more popularly called the Mona Lisa is an artistic masterpiece created by the greatest Leonardo Da Vinci in 1503. Often regarded as the most famous painting in the world, this beautiful artwork draws the attention of more than six million admirers from across the world each year.

Proudly kept for display in the Louvre, the Mona Lisa is an enigma for the understanding of art critics, historians and visitors. Such is the intensity of the interests that it ranks among the most written about as well as parodied painting in the world.

Recognizing the building curiosities within art enthusiasts to learn more about this masterwork, we have attempted to deeply investigate and unravel the hidden mysteries of the Mona Lisa and its earlier versions.

1. The Search for Identity

One of the greatest mysteries surrounding the Mona Lisa is the name behind the face. Some theorists suggest that the woman is Lisa Maria de Gherardini (aka Lisa del Giocondo), a 24-year-old Italian noblewoman, wife of Francesco di Bartolomeo di Zanobi del Giocondo. An alternate hypothesis proposes the woman to be Caterina Sforza who was the countess of Forli.

Another counter-narrative suggests that the lady in the painting was a mistress of the ruler of Florence. However, the most interesting of all these theories is the one which claims the face to be that of Da Vinci himself owing to the several resemblances in the facial structures of the artist and the subject in the painting.

Perhaps the most intriguing element of the La Gioconda painting is Mona Lisa’s smile. For several centuries, numerous subject experts have debated whether she is smiling or not. Furthermore, many researchers have suggested that her smile varies if you view the masterpiece from different angles and distances.

In a close-up, the fine detailing gives the impression of a perplexing yet sober expression. However, if viewed from quite a distance, the smile appears to be cheerful. Additionally, neurological explanations hypothesize that when a person looks at the eyes, the mouth is in peripheral vision which causes accentuation of the shadows, thus making the smile appear broader. On the contrary, if seen from a straighter angle, the smile diminishes.

With advancements in technology, the National Committee for Cultural Heritage in Italy has discovered the presence of letters and numbers painted across the canvas. One such instance is the appearance of the ‘LV’ in Mona Lisa’s right eye. Art historian Silvani Vinceti theorized this as the representation of the artist’s name, Leonardo Da Vinci.

Similarly, there are several other codes hidden within the artwork, such as the ambiguous outlines of the letters ‘CE’ or possibly ‘B’ in the subject’s left eye, or the number ‘72’ or maybe ‘L2’ painted on the arch of the bridge that’s in the background. Unraveling the rationale behind inserting these codes within the La Gioconda garners massive curiosities among the artistic community across the globe

4. The Bridge at the Background

Given the mesmerizing beauty of Mona Lisa’s face, the background of the painting doesn’t receive much light. However, once observed carefully, the peculiar placement of the three-arched bridge in the background grabs the attention of the viewer, raising questions about the exact location of the landscape.

As per Carla Glori, an Italian historian, the bridge is known as the Ponte Vecchio and is located in a small village in northern Italy named Bobbio. Commenting upon the inscription of the number ‘72’ in the stone bridge on the masterpiece, Carla proposes that it is in reference to the year 1472, the year when the bridge was destroyed in a devastating flood.

5. The Mystery of the Hidden Painting

As previously mentioned, the Mona Lisa was painted in 1503. However, in the year 2006 a scientist made use of infrared and sophisticated laser imaging on the Mona Lisa which led to the revelation of Da Vinci’s elementary sketches. These included a change of position in the index and middle finger of the left hand.

Furthermore, it was found that lace was drawn on Mona Lisa’s dress and there was a blanket on her knees covering her stomach. However, an interesting discovery was made in 2015 when French engineer Pascal Cotte projected light beams of several wavelengths onto the portrait and measured the quantities of light that were reflected back. To his utter surprise, he found the presence of a secret portrait behind the magnum opus of Mona Lisa.

Own the Reproduction of the Greatest Masterpiece

Since its creation several centuries ago, vivid theories have been speculated by novices and experts alike about the woman in the painting. This sense of speculation has significantly added to the value and reputation of the Mona Lisa. Not only is it a high-priced painting in the world of art, but owning canvas reproductions of this legendary piece guarantees massive respect within the community.

Understandably, finding an authentic reproduction is a tedious task, given the fact that even a minor compromise will dull the charm of the painting. Have a look at some of the marvelous works of Da Vinci at 1st-art-gallery.com