There is no denial to the fact that parenthood today has become so advanced that it is not just limited to traditional way of giving birth. There are so many people who opt for alternate means like egg donation, adoption and even in-vitro fertilization to name some. One of such parenthood option is surrogacy which has gained a lot of popularity over the past few years. Thanks for the help of surrogate mothers, there are so many celebs who are blessed with being parents. Listed are few that you might want to know. 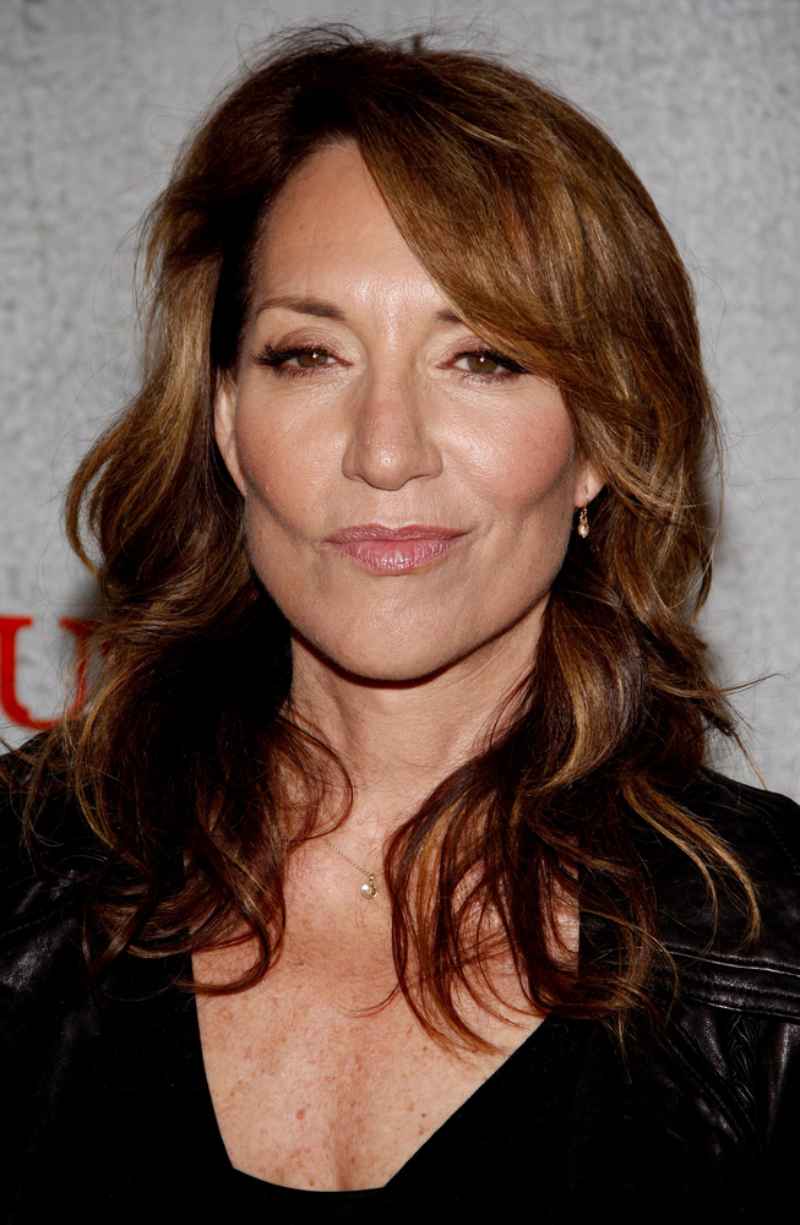 The show ‘Married…with Children’ actress KateySagal was already a star but back then she wanted to be a mother too. The character of Peggy Bundy that got her the fame was not enough for her and she was keen to have family in future. The actress was married and had a tiny nursery as well next to the dressing for the little answers to whom she was raising along with her husband Jack White. Post her separation, she then married Kurt sutter who never had a biological kid of his own and later the five years of the relationship was nurtured. However, it was that point when Sagal knew she was too old to carry the kid and that is when the couple decided to go for the surrogacy and welcomed their third daughter when she was 52 years old. 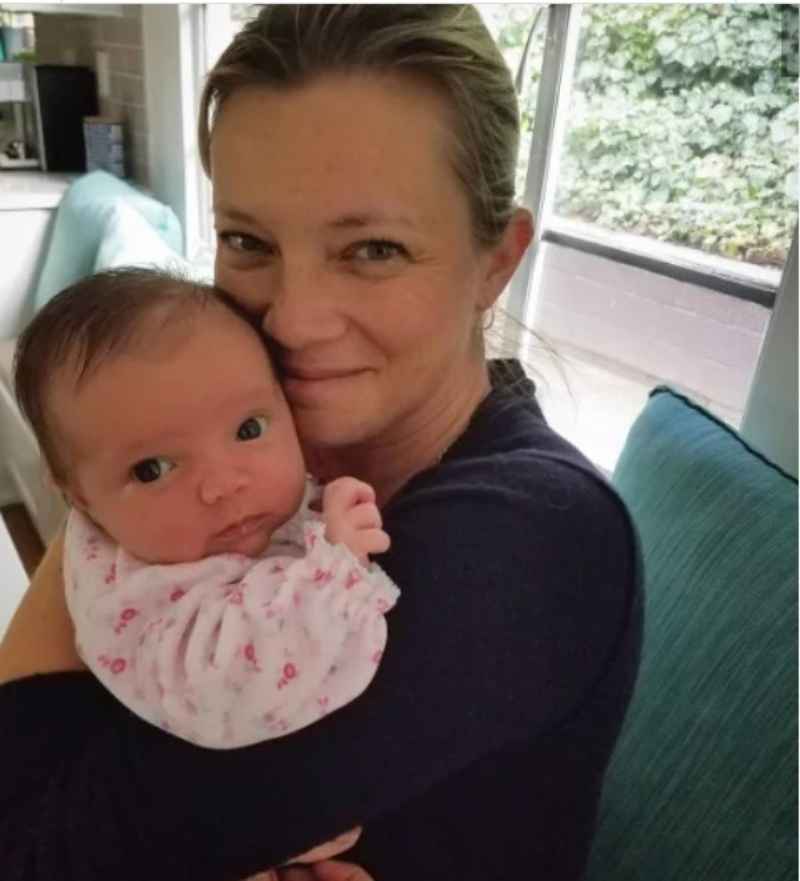 Another well known celeb we also have heard of is Amy Smart. Don’t be surprised to know that her new daughter Flora is a kid welcomed by the family through surrogacy. The mother had also posted her picture cuddling the little one to celebrate her coming. On 26th of December this lovely daughter was blessed to Amy Smart and that is what she had captioned in her social media as well. Amy Smart is a known actress from the ‘ Just Friends’ who is married to Carter Ooster house and later both opted for surrogacy and were quite happy to share the news with the media and fans. 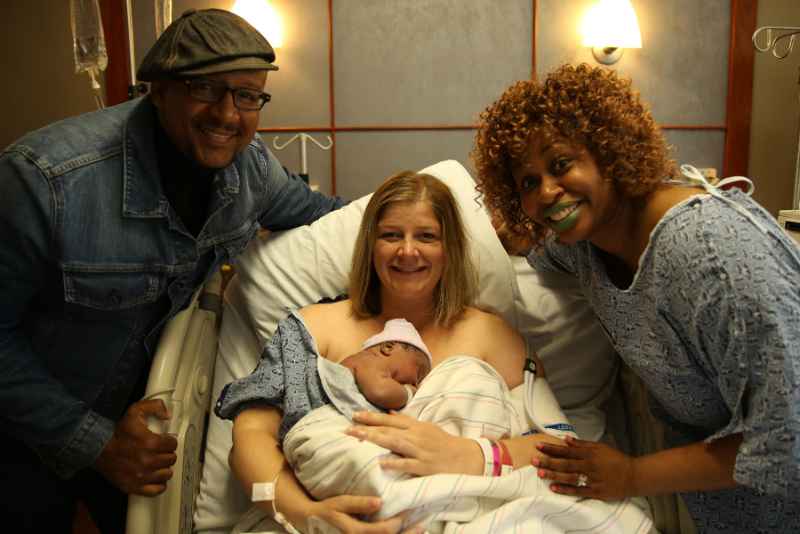 Another popular sensation on the social media GloZell Green is known with her husband Kevin Simon on the Youtube shows. She gained more popularity when she actually had documented their fertility issues on the web serious called ‘Glo All in’. GloZell Green kater shared that surrogacy was something they decided and even had shared the baby gender and how the discussion of infertility took place was recorded and played on social media. After numerous of IOVF’s it was on the August 7, 2016Baby O’Zell De Green Simon weighed 8 lbs., 10 oz was officially welcomed as a baby girl via surrogate. 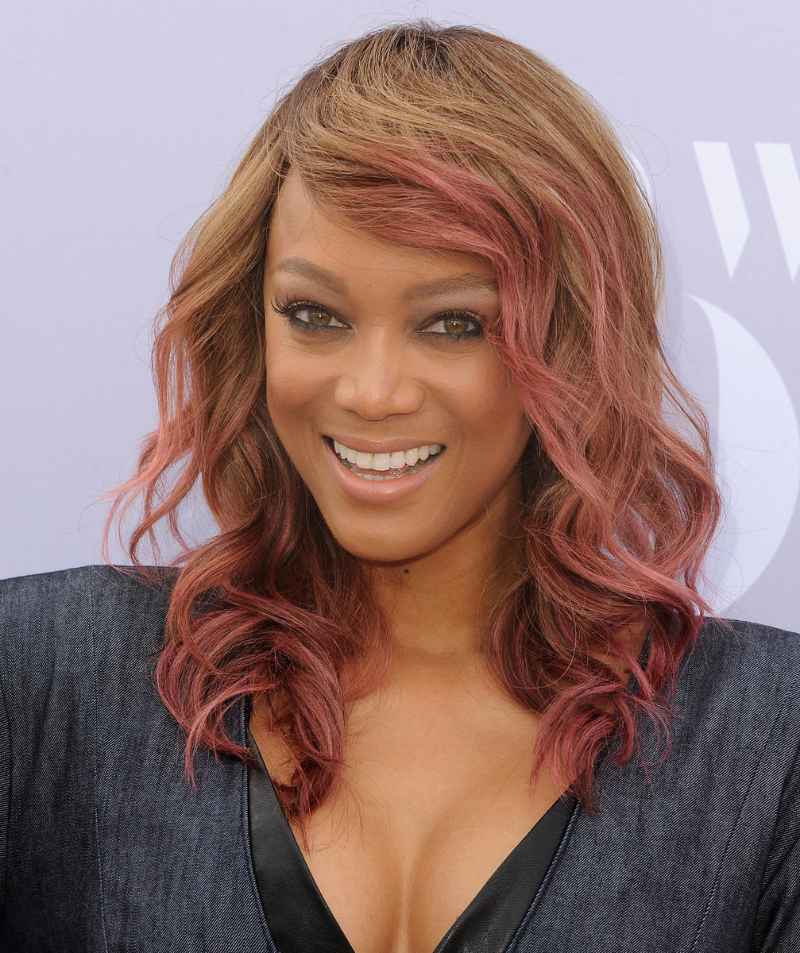 Tyra Banks is a well-known supermodel and entrepreneur who had revealed her personal struggle to become a mother. She and undergone ample of IVF treatments for starting a family with her boyfriend who was back then Erik Asla whom she met the Norway version of the model franchise. However, few months later in the year 2016, she declared the news of the arrival of York Banks Aslavia surrogate. She shared on the social media this news while thanks the woman who actually carried their little miracle for all these 9months. 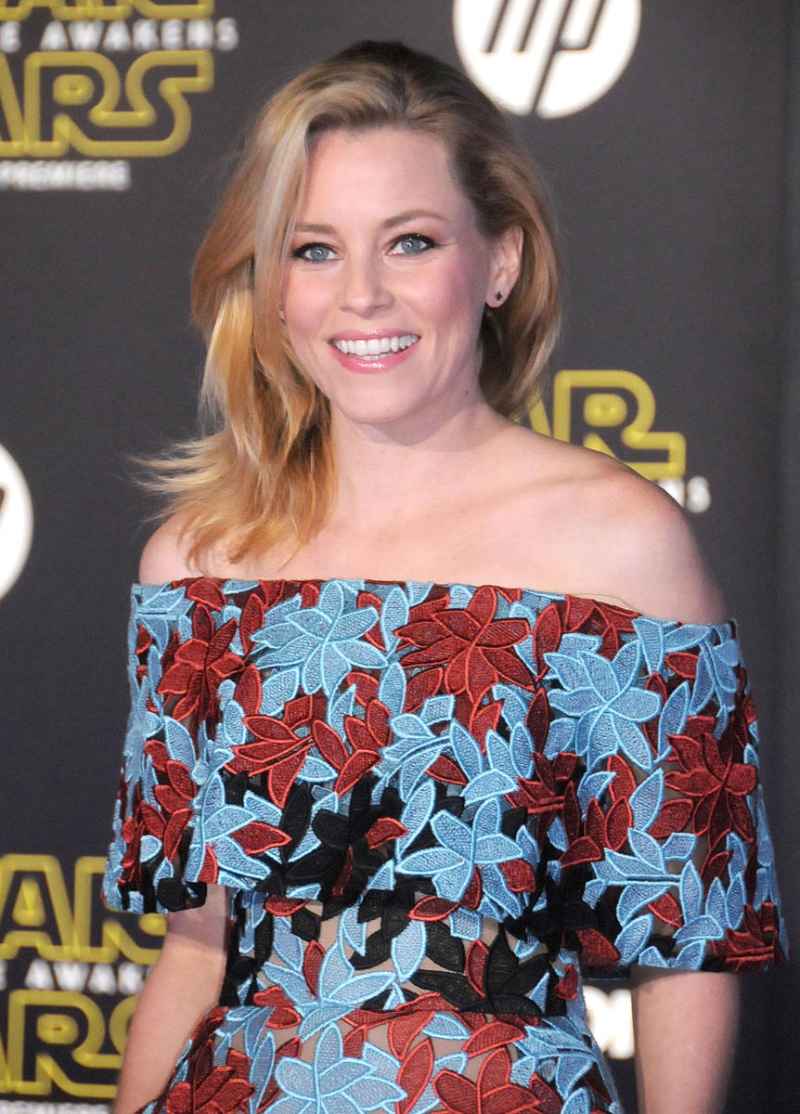 Elizabeth Banks always had achieved a great success in her career. But considering her personal life she always wanted to become a mother. In one edition of the March 2012 issue of Women's Health, she discussed how badly she wanted to have kid and then how her focus was later only on becoming the mother and then was the surrogacy. But between these periods was the bad news that hot her and it was an early stage of breast cancer. That is why she had to undergo mastectomy and reconstruction due to which her journey of pregnancy was not easy. A surrogate named Delphine later carried the Abby of Elizabeth Banks and husband Bill to help them build their own family. 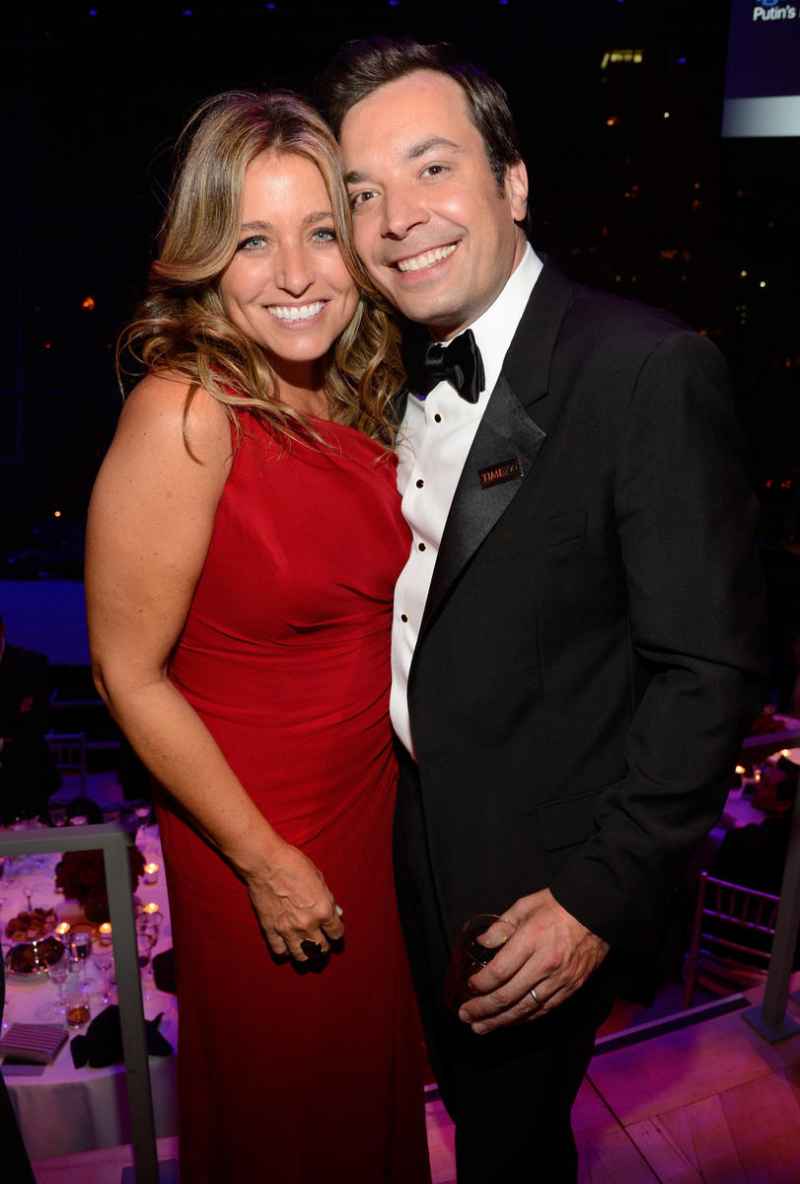 Don’t be amazed to know that this popular celeb is has become a father of a child who was surrogated. He announced the struggle and overall journey which he along with his wife had to go through just to see and welcome their anglers Winnie and Frances, via surrogate. Post the broth of winnie his daughter in the year 2013, Fallon revealed on why the news was not out to media. It was hard to explain for him and it was his and his wife decision to introduce her to everybody when she was in the world. 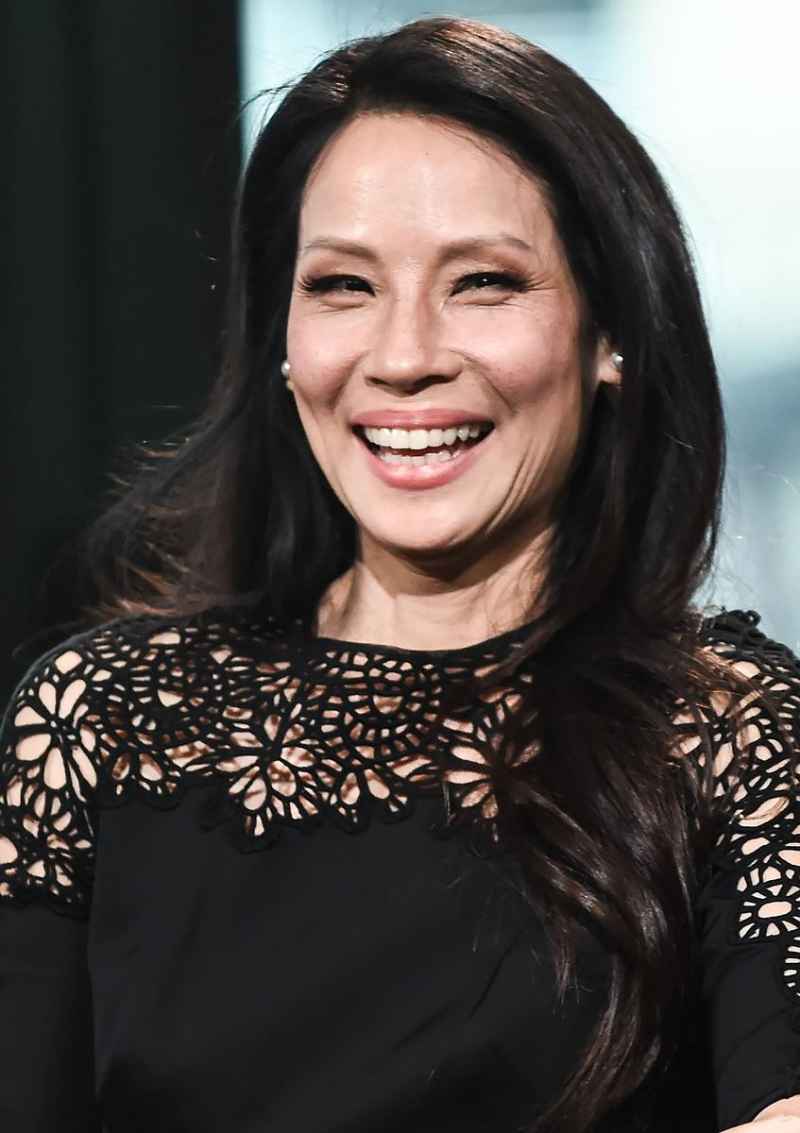 She hardly spoke about her personal life and there is no hidden secure to it. But in the year 2015, she met a new man in her life and they had a son whom they named Rockwell Lloyd Liu. Later the single mom revealed that this little angel of her life was carried via gestational surrogacy. She gives all credit to her son’s entry in the life for changing her life in much better way. For her everyday is a new surprise to see her son growing another great human being and for which of course, she is extremely proud of. 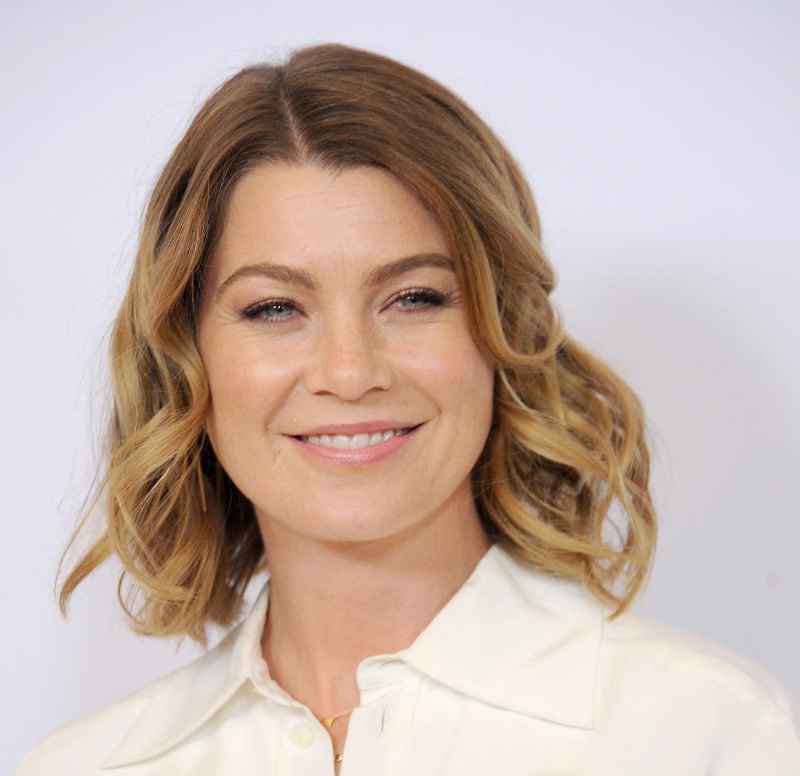 The second child of Ellen Pompeo was born in the year 2009 and it was via surrogacy. She never revealed this news in media earlier. But after two months when her kid arrived in the world, she shared a photo of the kid with her husband Chrish Iveery where the caption was written ‘We love you more than words can say’. She stated the media that surrogacy is the most incredible part of the life since one is able to be gifted of carrying someone else kid. She was thankful to the surrogates mother of the kid whose name she did not reveal. 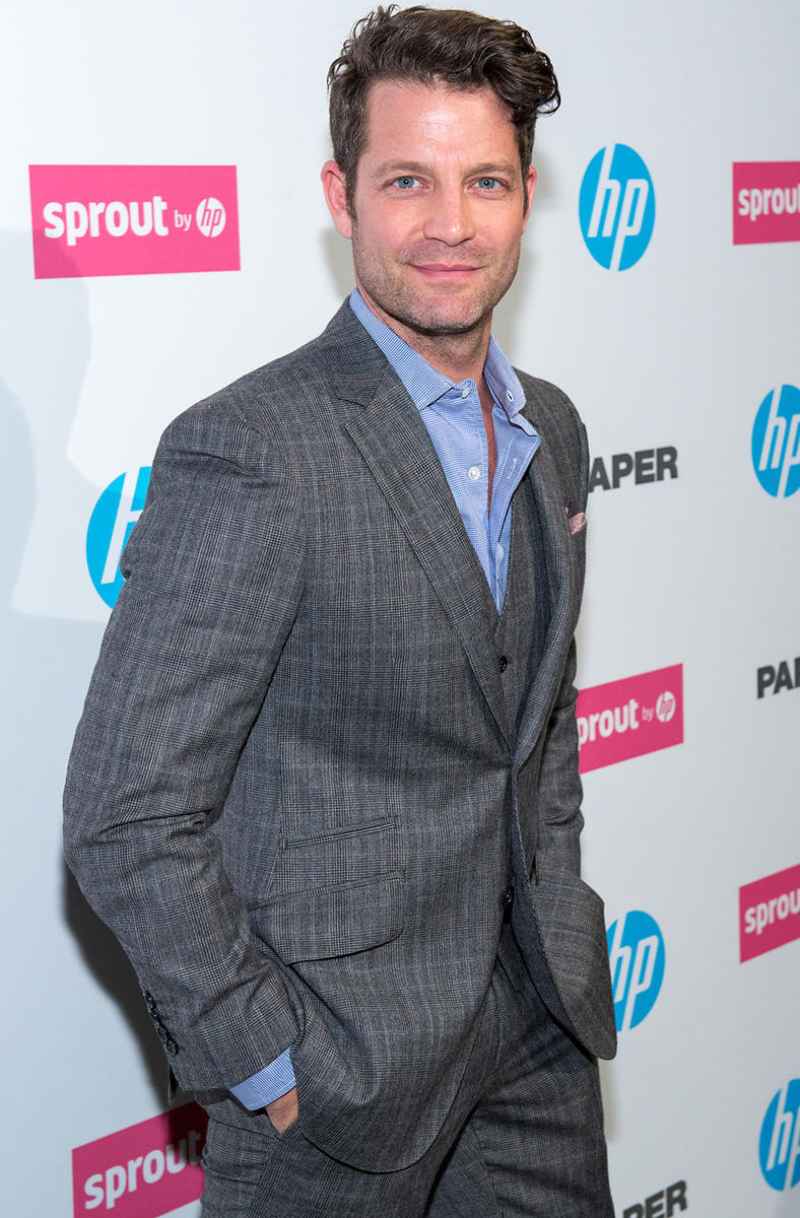 In the year 2014 Nate Berkus and his husband, interior designer Jeremiah Brent shared the happy news about their parenting on social media. Back then when they announced the news, they were about to be the parents. Later they revealed that the baby which they soon shall be welcoming was going to come through surrogacy and had been thanking the surrogate mother for all the efforts which had put through in the 9 months. Kater they revealed that their daughter in the march 2015 was born and have named her Poppy and they don’t deny the fact that they are completely in love with her." 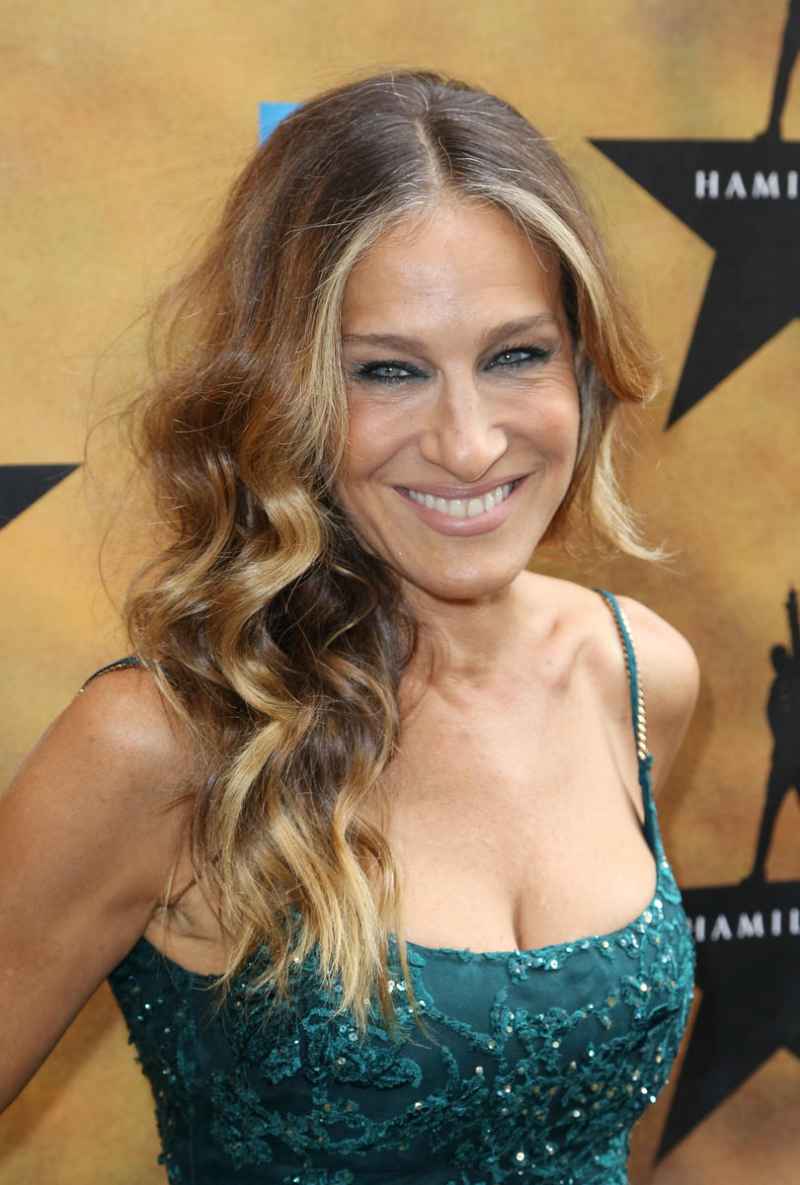 ‘Sex and the city’ actress and even the popular shoe designer Sarah Jessica Parker along with her husband Matthew Broderick had their first kid in 2002 whom they named James Wilkie. Back then they had the issues while expanding their family. But when James was 6 years of age, Parker shared a news in the social media that she along with her husband are expected to be parents via surrogacy of the twins. Since they had a lot of issues of becoming pregnant again, but it was surrogacy that gave a ray of hope to them. Marion and Tabitha, were born in 2009 and they were as happy to share about their arrival 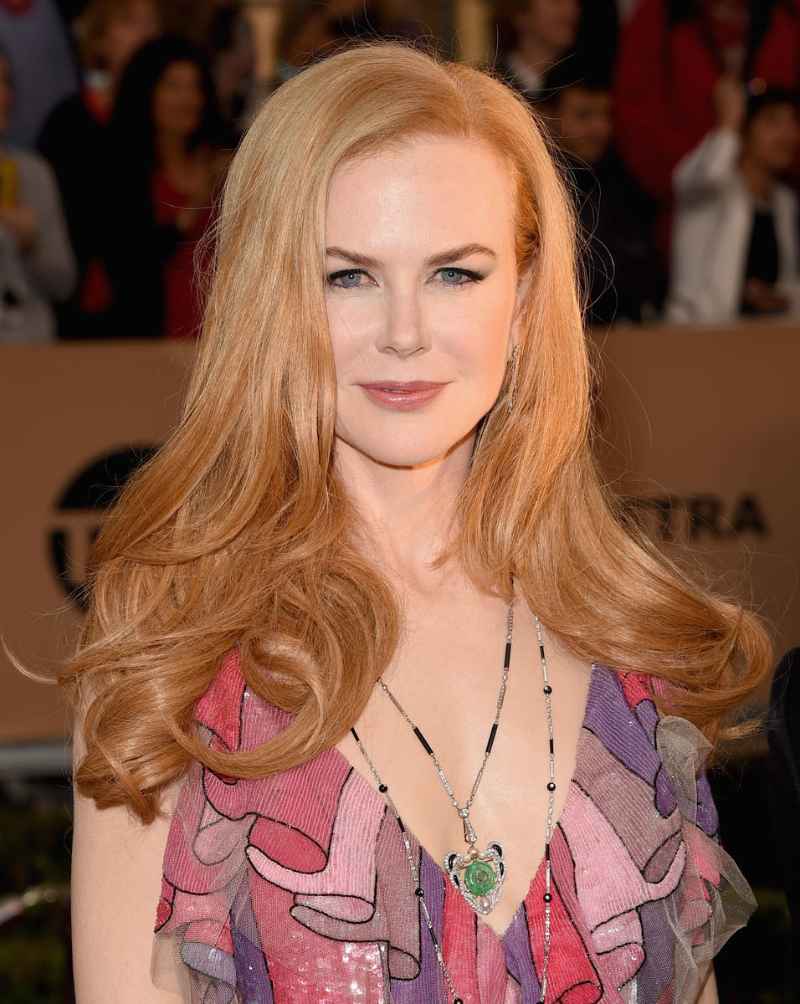 When Nicole Kidman was already a mother of Connor and Isabella whom she had adopted with her then ex-husband Tom cruise, later she planned to expand her family with the second husband Keith Urban. In the year2008, their daughter was welcomed. Urban and Kidman really surprised all their loved ones again after they announced on December 2010 about the birth of their other kid which was through surrogacy while expression their love and thanks while conveying the incredible gratitude to all those who were supportive during their crucial time. 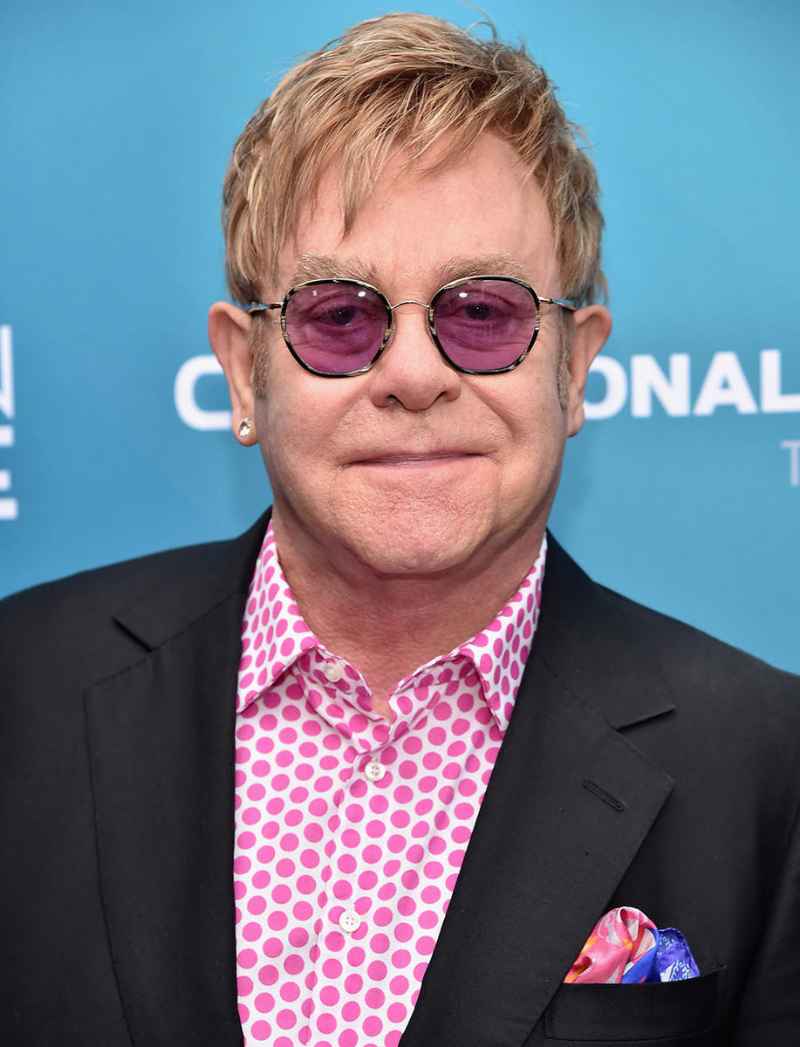 The husband of David Furnish, had planned to expand a family via surrogacy and at the time of delivery both partners were in the delivery room too. They tried to have a relaxed atmosphere but their big day could not just lock their level of excitement. Later the Elijah's birth was more like a happy moment for both of them and the couple currently has two kids and both of them are born through surrogacy. 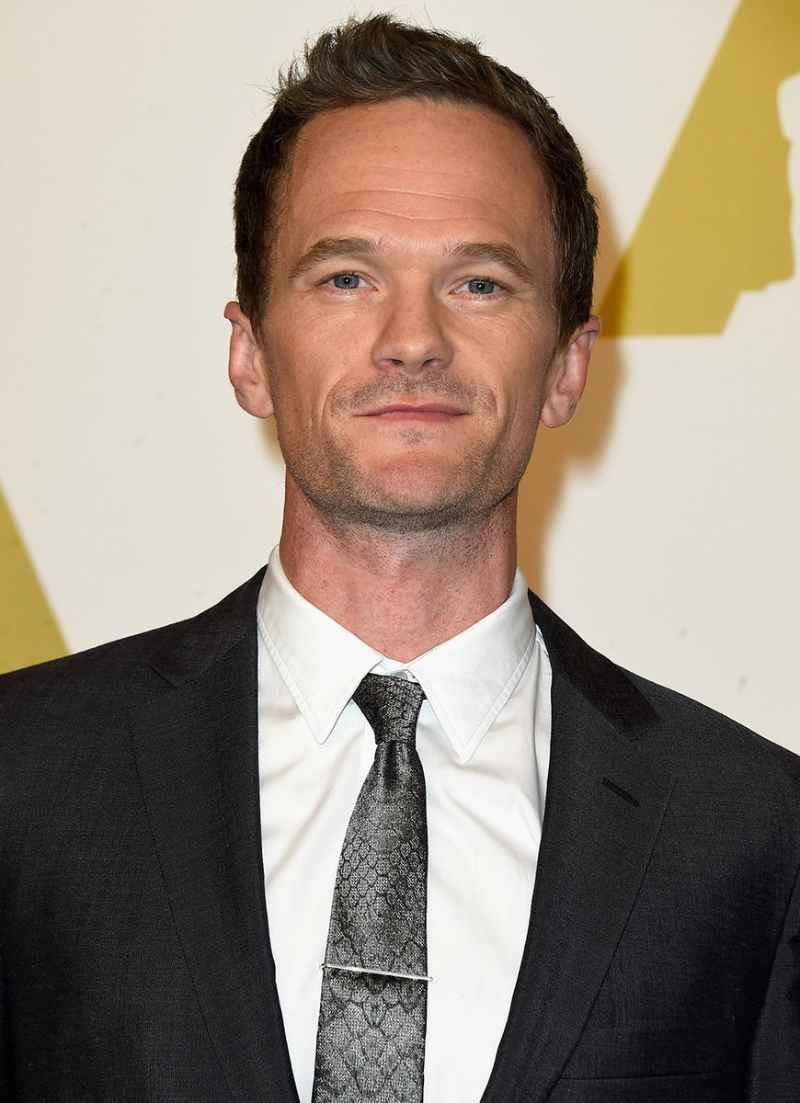 Neil Patrick Harris and David Burtka had also been a part of this wonderful option to be parents. They used a surrogacy option to have their fraternal twins. Their twins are now named Harper and Gideon. Born in October 2010, they have grown up quite while Harper believed that their daughter is more like him. Although initially they were newborn because of gay guys, these things turn to be a lot harder but as they did their best efforts, their happiness can be seen in the eyes. 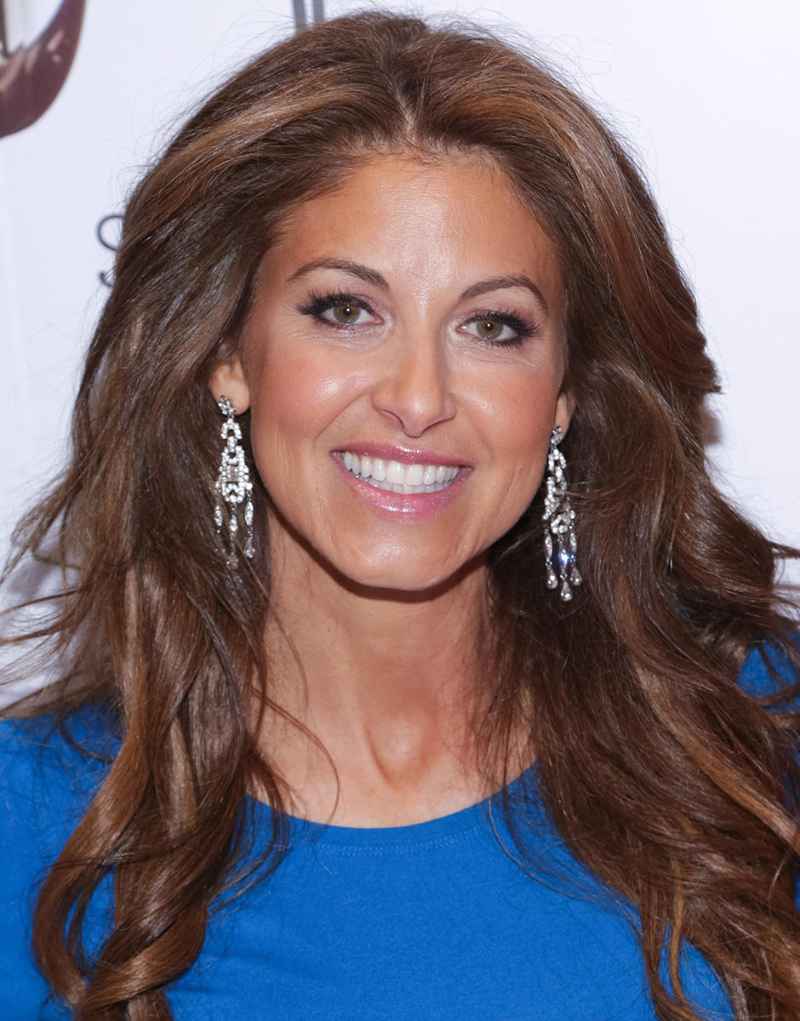 Dylan Lauren with her husband Paul Arroue also welcomed their baby through surrogacy. They were blessed with the twin sons Cooper and daughter Kingsley in April 2015. Even if they did not reveal much of the details on what made them choose surrogacy as the option, but at the time of sharing their experience, Lauren could clearly be seen as happy as she can ever be. The daughter fashion designer Ralph Lauren of said that it was overall an amazing experience and her husband cried when those two angels came. 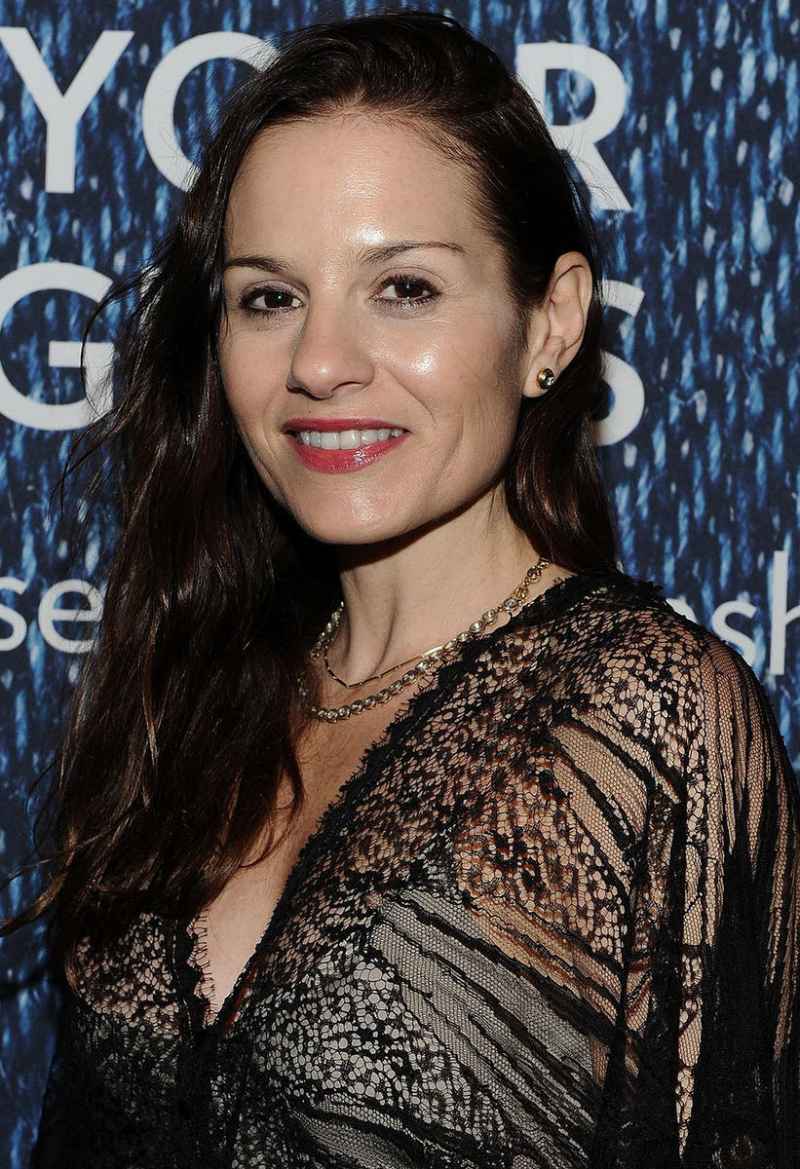 Kara DioGuardi was also a part of the surrogacy delivery. She with her husband Mike McCuddy had a long journey to be parents. The former American idol judge and songwriter had struggle quite a times with infertility say around for nearly 5 years. Later she decided to have her ovaries and uterus removed as the preventive steps to avoid since she had high risk of cancer in future. Post her surgery, the couple then decided to go for the adoption and there it was through the gestational surrogacy, an amazing woman gave birth to their son who no more is a tiny dot she shares. 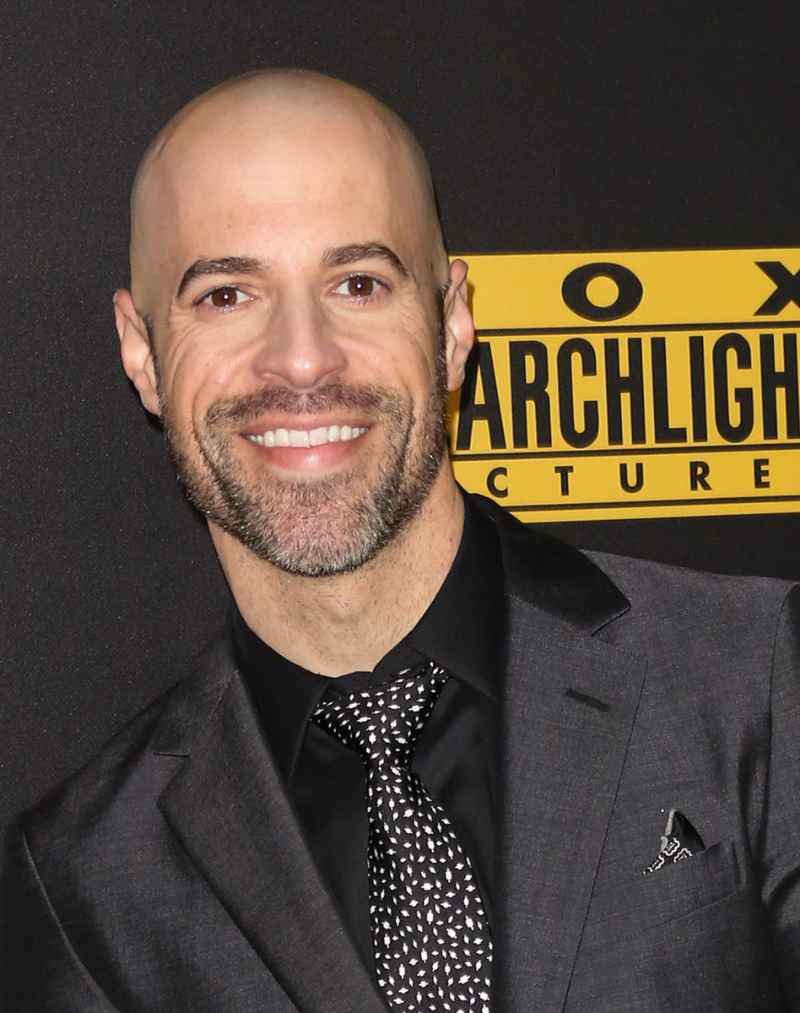 The famous musician Chris Daughtry with his wife Deanna also had the surrogacy post the time they had a lot of struggle to be parent. When his wife had the partial hysterectomy, she lost the ability to be mother. But the couple did not give up is easily and that is when already the parents of two Kids Hannah and Griffin decided to grow their family and the two were then gifted with healthy babies through surrogacy whom they named Adalynn and Noah. 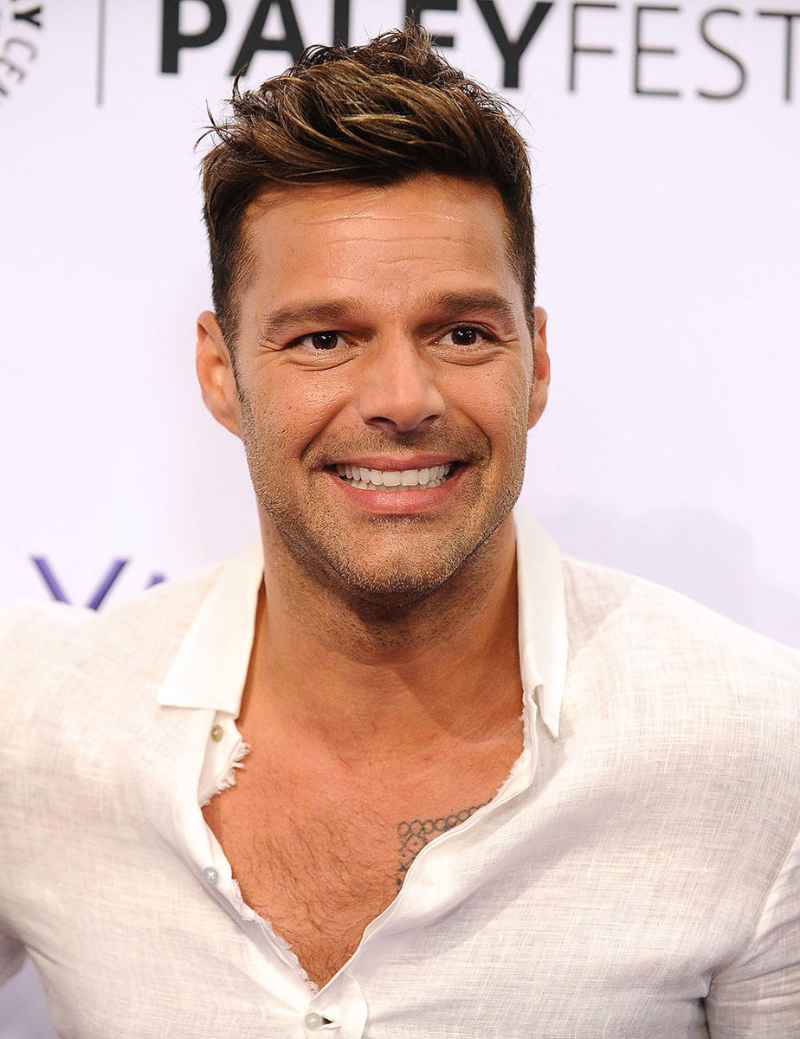 We all love Ricky Martin but he revealed his secret quiet a time later that he wanted to be a father and so did he for which surrogacy was the choice he preferred. His twins Valentino and Matteo were born in the year 2008. In one of the popular magazines edition, he shared their picture while thanking the woman who carried these twins of his life for all those 9 months and nurtured them both with love and care. 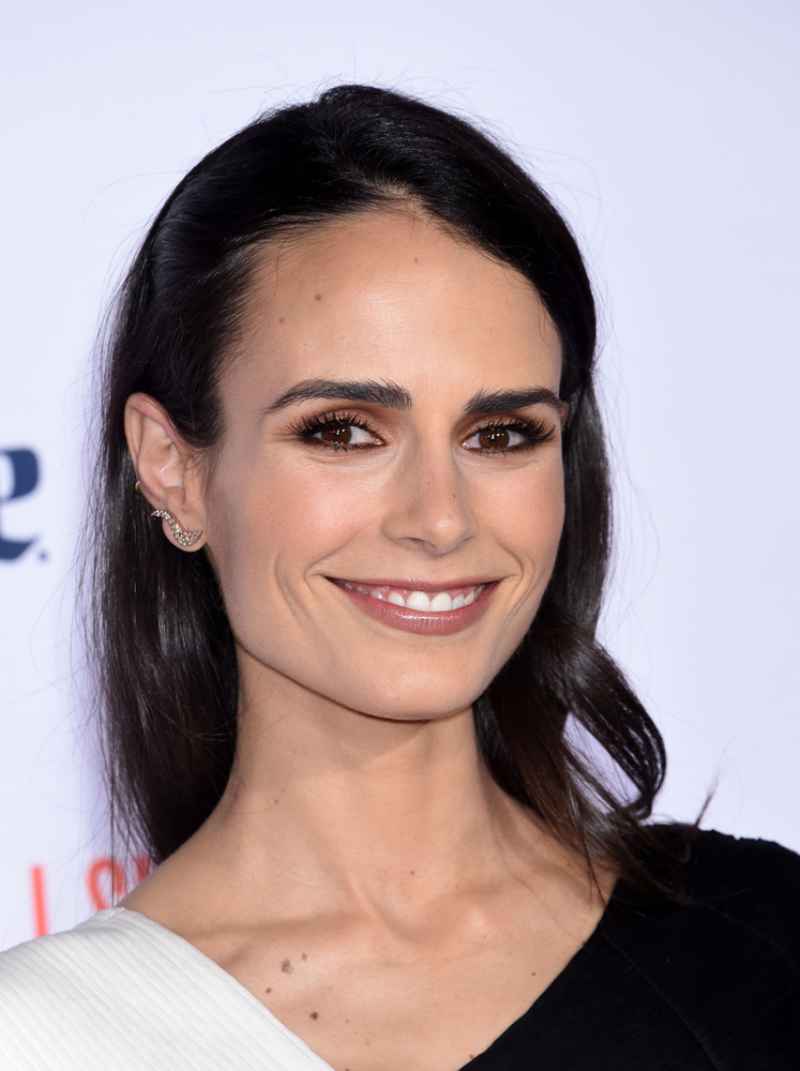 Jordana BrewSter welcomed her second child with husband Andrew form with the gestational surrogate. They named their kid Rowan Brewster-Form. The couple is already parent of the 2 year old son who was also born via surrogacy. She shared her experience about being left out when the other mother spoke about their birth experience. She expressed her feeling of how lucky she was not be in the circle where no one judged her. Talking about the experience of woman who go through IVF and still cannot talk about it, she feels sad but she feels lucky to share her own experience.

Tags :
celebrities ,
 Previous Post
When The Predator Gets What He Deserved
Next Post 
Celebrities Who Have Been Married More Than 5 Times