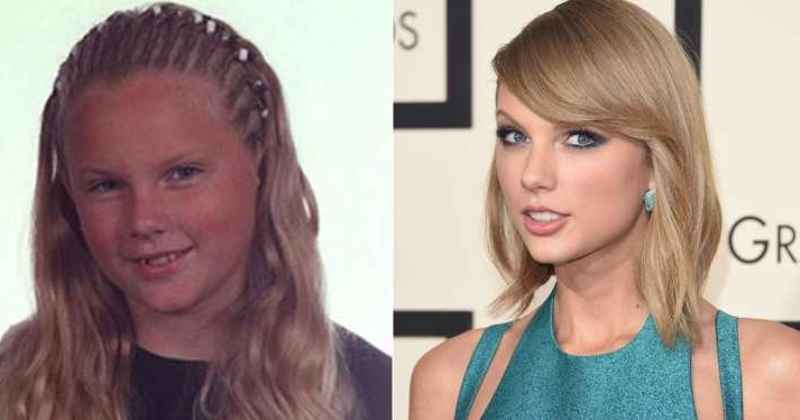 The film industry has seen the rise and fall of a large number of actors and actresses. There have been a few of these actors and actresses who started their careers since they were little kids. They have been working on this big platform for around ten or twenty years. Now, shockingly, they have grown up as an adorable and good looking people. So, here are a few of those stars who look hot compared to how they looked during their childhood - 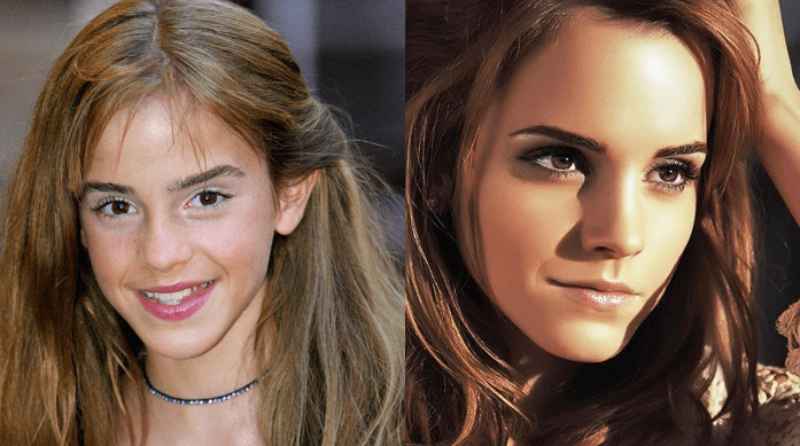 Emma Watson started her career as a child artist in "Harry Potter and the Philosopher's Stone" which was the first installment of the Harry Potter film franchise. The film earned billions at the box office and eventually, Emma Watson received fame and praise from the critics and audience for her role as Hermione Granger. 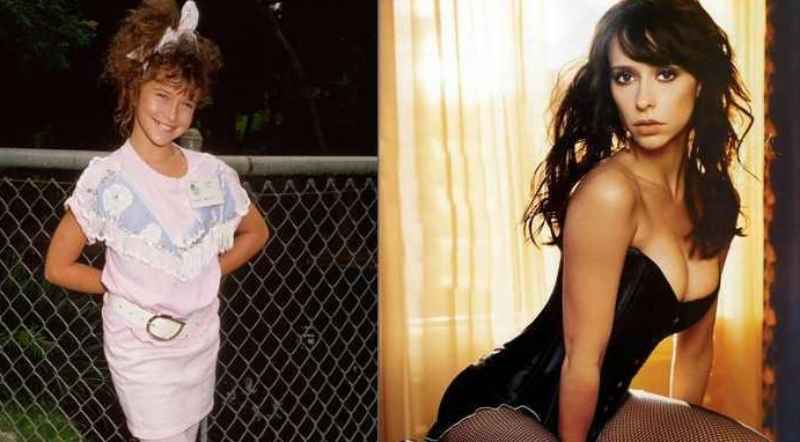 Jennifer Love Hewitt started her journey in this industry by doing national television commercials and later also became a part of the Disney Channel series "Kids Incorporated" and the teen drama "Party of Five" from 1989 to 1999.

Taylor Swift can now be regarded as one of the most established singers and songwriters of this industry. She was signed by the Sony/ATV Music Publishing House at a very young age of 14 years. She made her first record deal at the age of 15 years. 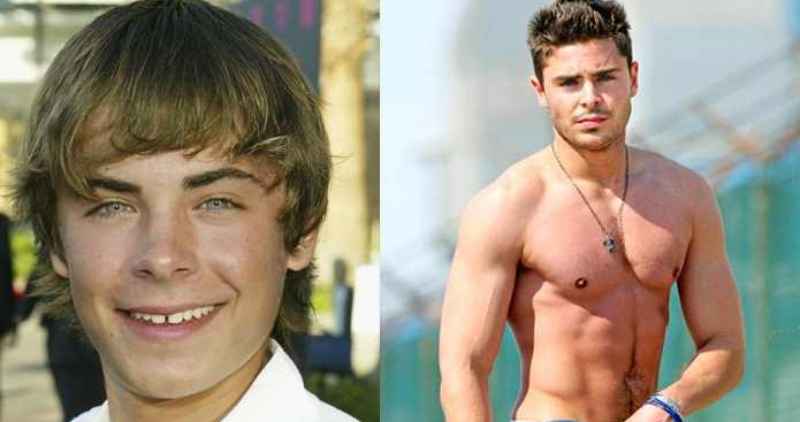 American actress and singer Zac Efron is still considered a heartthrob of many people. He started his career as a professional actor by appearing in the "High School Musical" film trilogy from 2006 to 2008. During that period, he also played lead roles in two other movies - "Hairspray" and "17 Again". 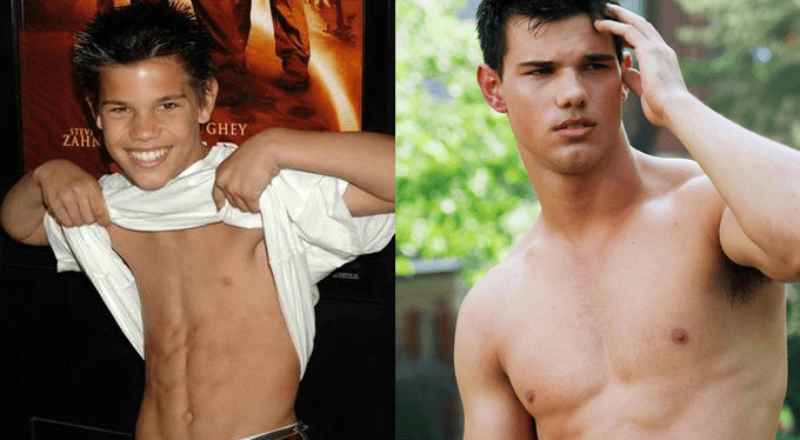 Taylor Lautner is known for his appearance as Jacob Black in the very popular "Twilight Saga" franchise. Taylor started his career by appearing in minor roles in TV series, movies, and commercials. Later in the year 2001, he did his first debut as a lead actor in a made-for-television film "Shadow Fury". 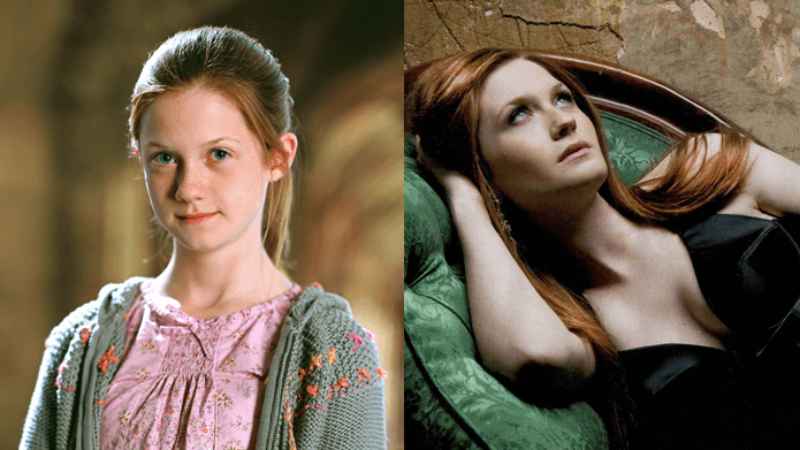 Bonnie Wright is now a well-known actress of Hollywood. She did her debut in this industry by first appearing as Ginny Weasley, the sister of Ron Weasley in the "Harry Potter" franchise. Her first film was "Harry Potter and the Philosopher's Stone" in the year 2001. 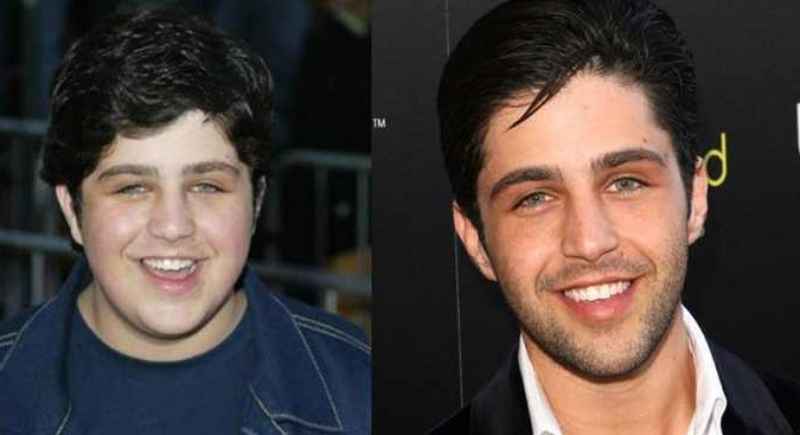 Josh Peck is not popular only as an actor but he has also been a famous YouTube personality. He did his debut as a child actor from 1990 to 2000. Later, he was selected to play a major role in "The Amanda Show" which ended in 2002. 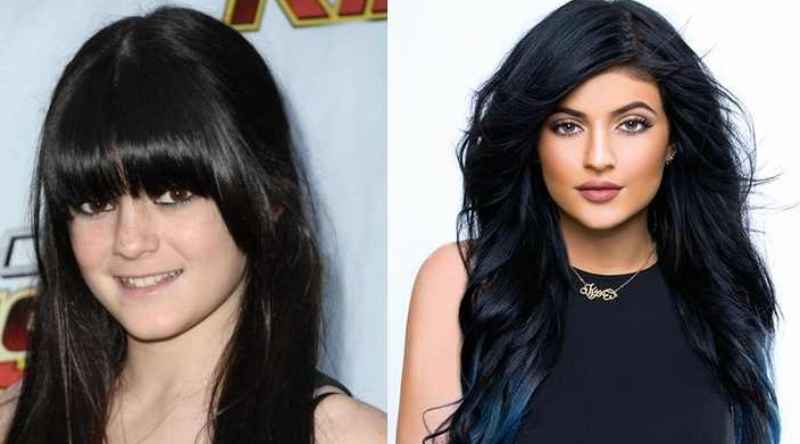 Kylie Jenner is a well-known media personality. She has been the founder of Kylie Cosmetics which is a cosmetic company. She originally started her career by making a collaboration with PacSun which is a clothing brand, along with her sister Kendall. It was named "Kendall and Kyle". Kylie and her sister Kendall have been included in the list of the most influential teens in the world. 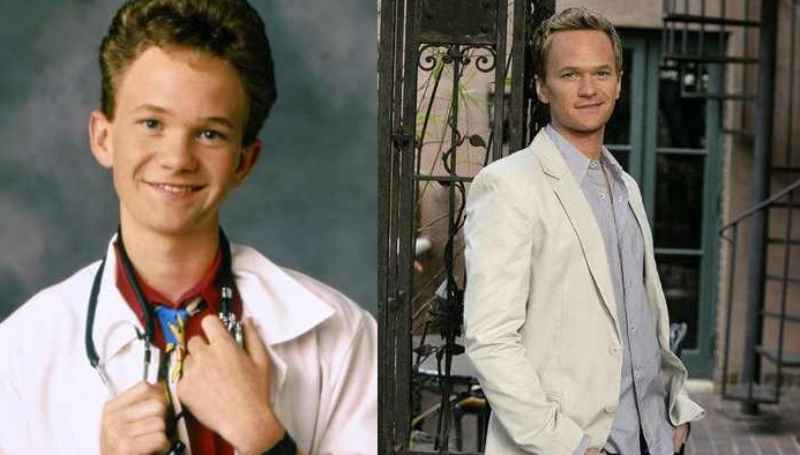 American actor, singer, and filmmaker Neil Patrick Harris has been popular for his roles revolved around comedy on television and his stage roles. He made his debut as a child actor when he was seen by playwright Mark Medoff in a drama camp at Las Cruces, New Mexico. He was later seen in the 1988 drama film "Clara's Heart". 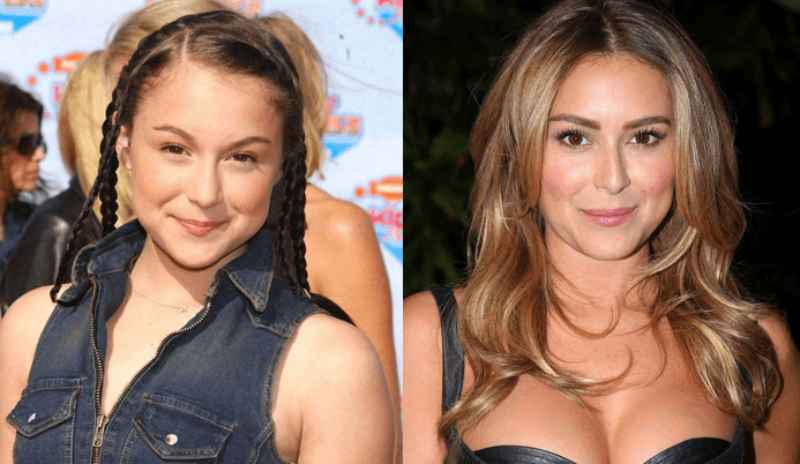 Alexa PenaVega is popular as an actress and also a singer. She originally started her career in the 1996 film "Twister" portraying the role of Jo Harding. She later appeared in a large number of films. Among them, the most popular among the audience was "Spy Kids" released in 2001 where she played the role of Carmen Cortez. 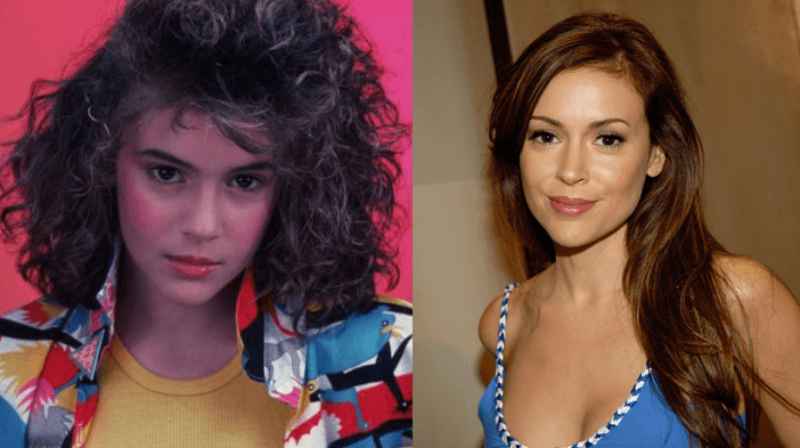 Alyssa Milano is known for some of her memorable roles in films like "Who's the Boss?", "My Name is Earl", "Melrose Place" and "Charmed". She started her journey by auditioning for a principal part in a national touring company called "Annie". She was just 7 years old at that time. 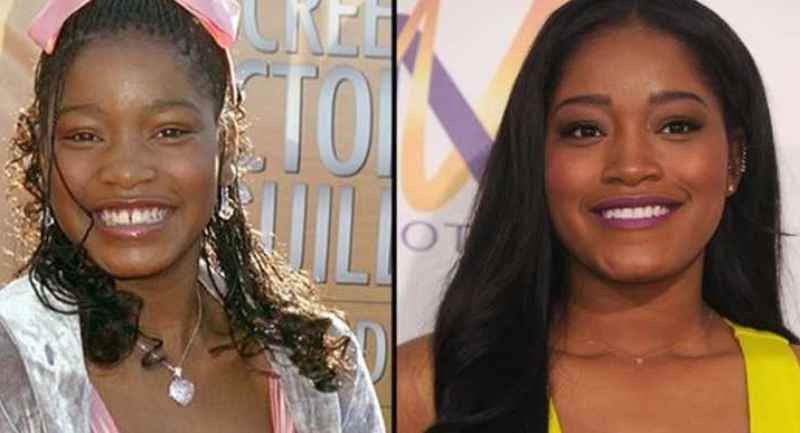 Keke Palmer became popular after the release of her debut album "So Uncool" in the year 2007. It was a part of the R&B chart. She started her journey by auditioning for a role in the 2002 animated film "The Lion King". Later, she made her debut by playing a major role in "Barbershop 2: Back in Business". 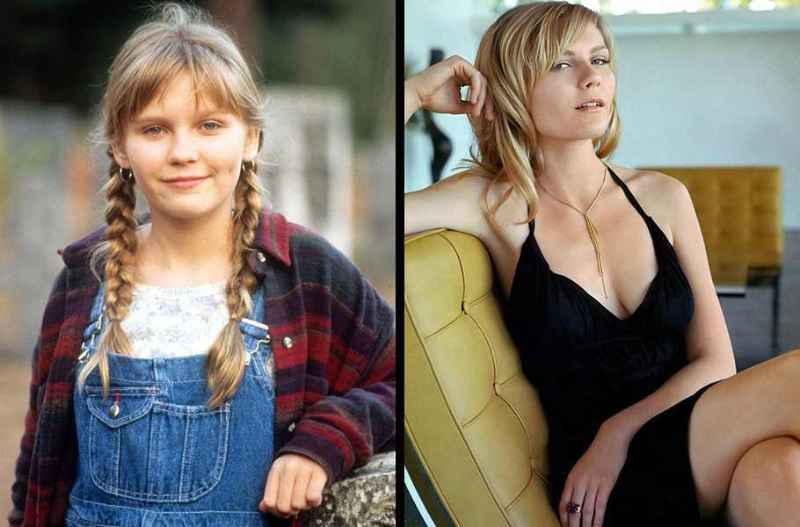 Kirsten Dunst is popular among the audience as everyone knows her for playing the role of Mary Jane in the first Marvel Studios' "Spider-Man" trilogy directed by Sam Raimi. She started her career as a child fashion model for television commercials when she was just three years old. She later made her film debut in a short film "Oedipus Wrecks" made by Woody Allen. 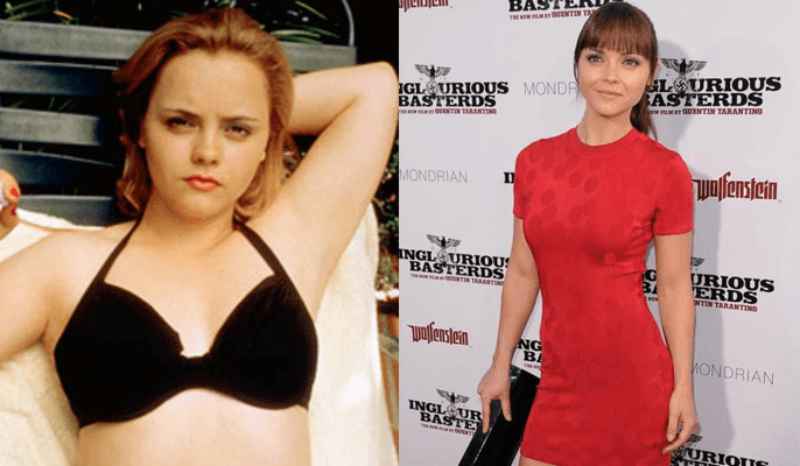 Christina Ricci is a favourite among audiences and critics as she has been playing roles that have a complete dark edge. She has also been a recipient of the Satellite Award for Best Actress and National Board of Review Award for Best Supporting Actress. She made her debut by appearing in a school production of "The Twelve Days of Christmas" where she was discovered by a local theater critic. She was just eight years old.